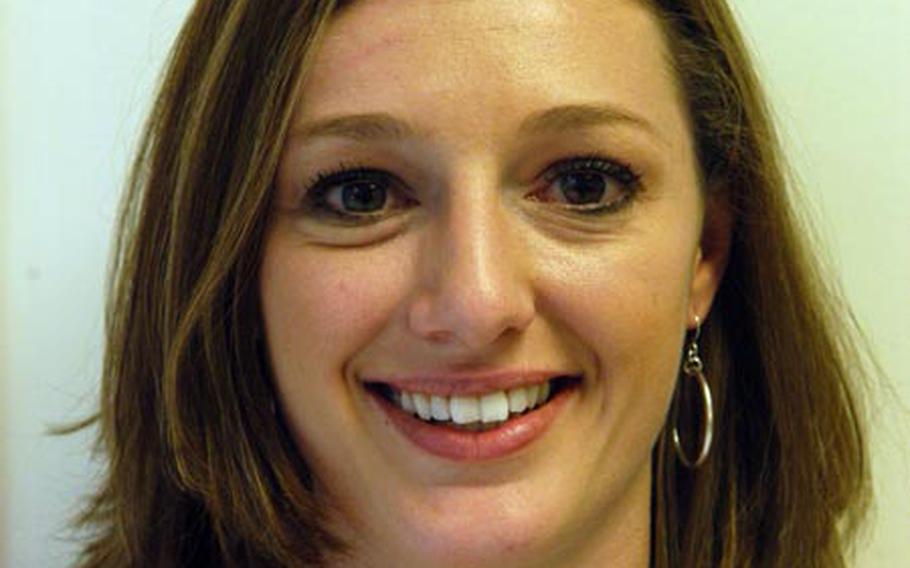 Sarina Houston, a certified flight instructor and wife of a KC-135 pilot at RAF Mildenhall, is setting up a local chapter of Women in Aviation International, a networking and support group for women in the aviation industry. “It’s a great way to network with other women in the career field,” she said. (Geoff Ziezulewicz / S&S)

A society dedicated to women who fly is touching down at a U.K. base near you.

Women in Aviation International, a group that gives women in the industry a chance to network and advance, is being set up in the U.K.

Sarina Houston, a certified flight instructor and wife of a KC-135 pilot at RAF Mildenhall, is leading the way.

Today, the WAI boasts more than 15,000 members worldwide in a variety of chapters. Despite this growth, flying is still a boy&#8217;s club in many ways. Women represent only about 6 percent of the total pilot population, according to the group.

Houston has been a member since 2002 and saw a need when she arrived in England with her husband about a year ago.

Besides networking, the organization gave away more than $700,000 in scholarships last year, and its members come from the public and private sectors, Houston said.

But WAI isn&#8217;t just looking for female aviators. Anyone, man or woman, doing anything flight-related is welcome to join, she said.

"I really want to clarify it&#8217;s open to all career fields, not just pilots," she said.

WAI was formally established in 1994 to encourage women seeking opportunities in aviation, according to the group&#8217;s Web site.

The nonprofit organization&#8217;s membership rolls include astronauts, corporate pilots, maintenance technicians and a host of others.

Even students interested in aviation are encouraged to check out what WAI has to offer, she said.