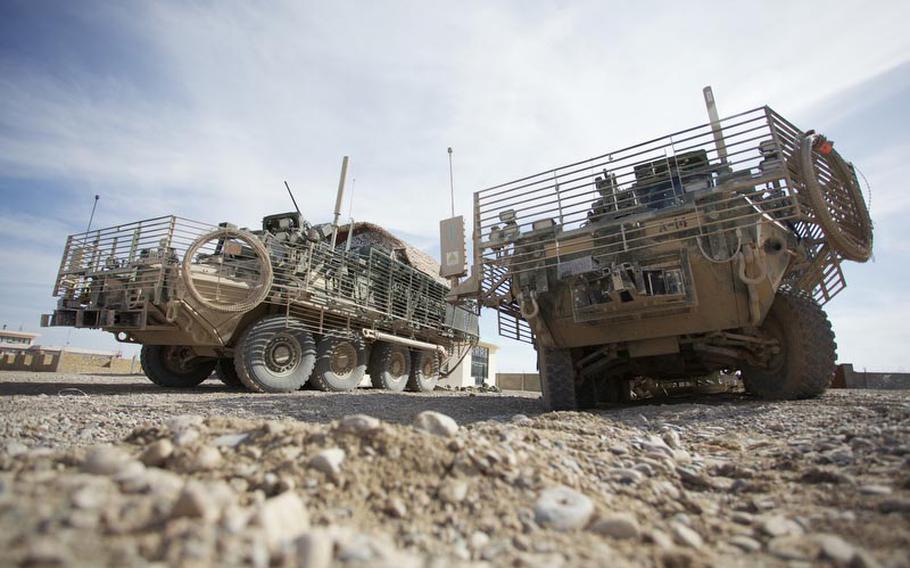 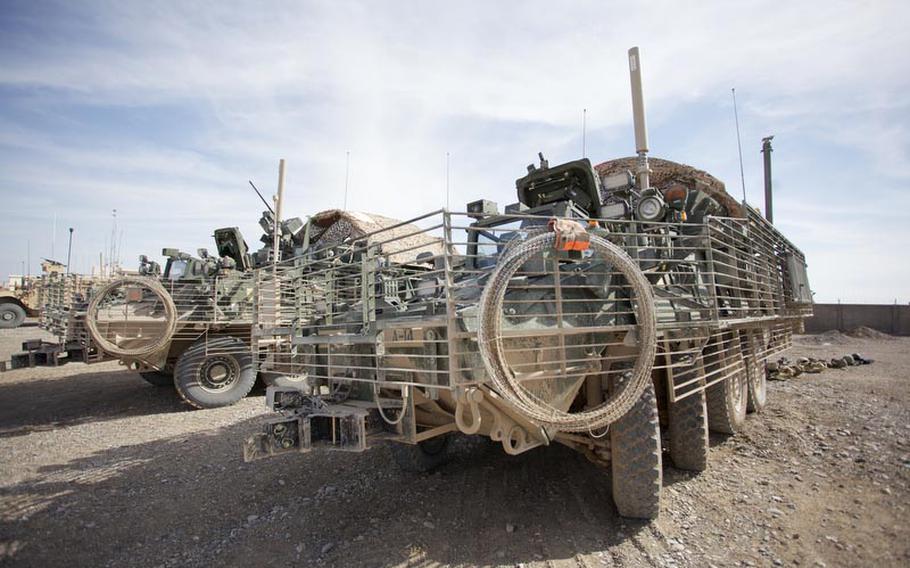 The eight-wheeled truck, which features a V-shaped hull to deflect blasts away from its crew compartment, was rushed into production in July 2010 following the deaths in Afghanistan of dozens of U.S. soldiers riding in older flat-bottomed Strykers.

The Army initially contracted with General Dynamics to produce 450 double-V hulls and, in October, ordered 177 more, which will give it enough to equip two brigades by 2013.

After being hit with all manner of small arms, indirect fire and hidden bombs, troops grew more confident in the new vehicles before the recent deaths, said Sgt. Matthew Wood of the 1st Stryker Brigade Combat Team, 25th Infantry Division, based at Fort Wainwright, Alaska.

Maj. David Mattox, a public affairs officer with the 1-25, said the three were the first soldiers killed or seriously injured in the double-V hulls since they arrived in Afghanistan in late May.

Mattox said the deaths are under investigation but added, &ldquo;There is no doubt that the double-V hull Stryker has saved soldiers&rsquo; lives, despite the tragic loss of three of our soldiers.&rdquo;

Before the fatal attacks, the vehicles had survived a dozen bomb blasts.

&ldquo;In each case, none of the crew sustained more than minor injuries, and all returned to duty,&rdquo; he said.

&ldquo;For security reasons, we prefer not to talk about what percentage or quantity of the vehicles have been fielded in the Task Force,&rdquo; he said.

Officials also will not discuss the performance of the upgraded Strykers relative to other vehicles, or talk about the damage they have sustained in attacks.

&ldquo;At this point, we are not going to compromise the success that we have had with these vehicles and point out the weaknesses or the strengths of either vehicle,&rdquo; Mattox said. &ldquo;The Strykers are saving lives and we want to make sure they continue to [do so].&rdquo;

Roadside bomb attacks are the leading killer of U.S. and Afghan forces in Afghanistan.

Insurgents&rsquo; use of the weapons hit an all-time high over the summer, military officials said, with more than 1,700 strikes using roadside bombs in July alone in Afghanistan.

&ldquo;Together with Afghan forces, we are working every day to detect, identify and defeat IEDs,&rdquo; Mattox said. &ldquo;The new Strykers are just one effective method of eliminating the effect of IEDs and insurgent operations.&rdquo;

The recent deaths of soldiers riding in the new Strykers is proof that the vehicles are not invulnerable. However, even troops riding in the most heavily armored MRAPs have been killed by very large buried bombs.

&ldquo;Ergonomically speaking they have kept everything the same,&rdquo; said Wood, 25, of Oakfield, N.Y., who patrols regularly in a double-V hull out of Combat Outpost Talukan in Kandahar province. &ldquo;All the changes they have made are behind the scenes.&rdquo;

The double-V hulls, named for their shape, feature upgrades that were retrofitted to many of the older vehicles last year. They include individual harnesses and blast-attenuating seats, Wood said.

&ldquo;Has there ever been a military vehicle that you felt like you were in a Cadillac? No. What is important is that it is mission capable and survivable,&rdquo; he said.

The Arctic Wolves are using the new Strykers to set up observation posts and secure routes, in an effort to take away the enemy&rsquo;s freedom of movement, Wood said.

The ability of the Stryker to carry 11 personnel &mdash; more than the six riding in a typical MRAP &mdash; with space for several days&rsquo; rations, offers flexibility.

&ldquo;The Stryker allows us to be more maneuverable,&rdquo; he said. &ldquo;It is able to go into all sorts of terrain and environments and maintain a sustained presence.&rdquo;

But Michael O&rsquo;Hanlon, a senior fellow in foreign policy at the Brookings Institution in Washington, D.C., said the fact that a Stryker brigade &mdash; Joint Base Lewis-McChord&rsquo;s 3rd Brigade, 2nd Infantry Division &mdash; will deploy to Afghanistan in MRAPs instead of Strykers before year&rsquo;s end suggests that there are limits to the missions that Strykers are suited for there.

Retired Lt. Col. David Johnson, executive director of the Center for Advanced Defense Studies, said it shouldn&rsquo;t matter what vehicle a mechanized infantry unit such as a Stryker brigade uses to accomplish its mission.

&ldquo;They (3rd Brigade) are deployed that way because the mission set they are given does not require that piece of equipment (the Stryker). It would be like insisting that artillery units that are used to man checkpoints bring their guns.&rdquo;

The ability of U.S. industry to modify the Stryker at short notice to protect troops against roadside bombs bodes well for future conflicts, Johnson said.

&ldquo;No two conflicts look alike,&rdquo; he said. &ldquo;The chances are not great that after Afghanistan we are going to be running into IEDs in the same way. There is always going to be a need for modifications.&rdquo;