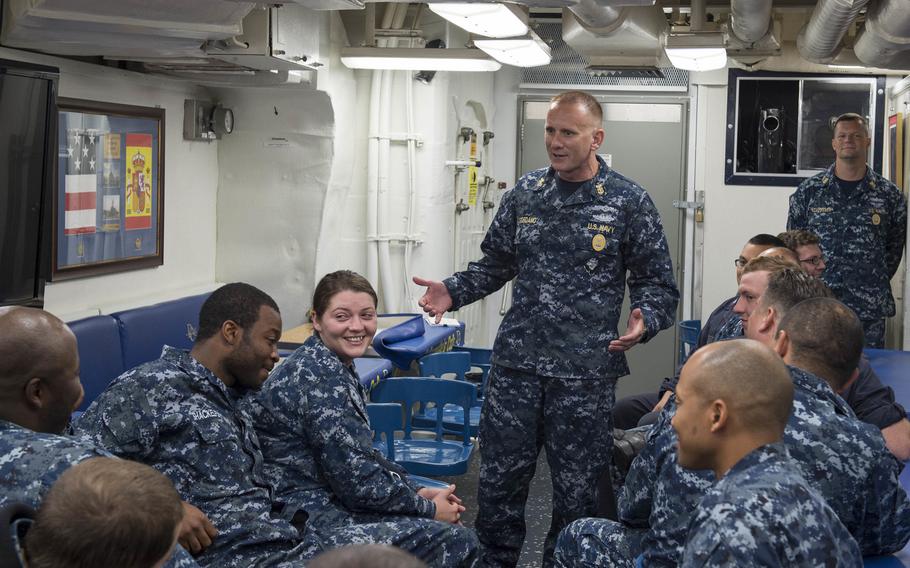 MANAMA, Bahrain — The Navy has picked Fleet Master Chief Steven S. Giordano as its next master chief petty officer of the Navy.

Adm. John M. Richardson, chief of naval operations, said in an all-hands call in Newport, R.I., that Giordano will take over from MCPON Michael D. Stevens on Sept. 2.

Giordano, currently the U.S. Naval Forces Europe/U.S. Naval Forces Africa fleet master chief, enlisted in the Navy in 1989 and began his career as a cryptologic technician. He completed numerous operational deployments aboard surface ships and submarines in the Pacific and European areas of responsibility, a Navy statement said.

“As we encounter increased competition around the globe, the nation needs a capable and ready Navy today more than ever,” Richardson said at the all-hands call. “Master Chief Giordano will play a central role in leading our team through the challenges and opportunities of today and tomorrow.”

“Giordano is a great leader and someone who is fully capable to lead our Navy well into the future,” Stevens said in a Navy statement. “I am very excited for him and his family and there is no doubt in my mind that he will do a magnificent job.”