Fleet Landing at Sasebo getting a $450,000 renovation 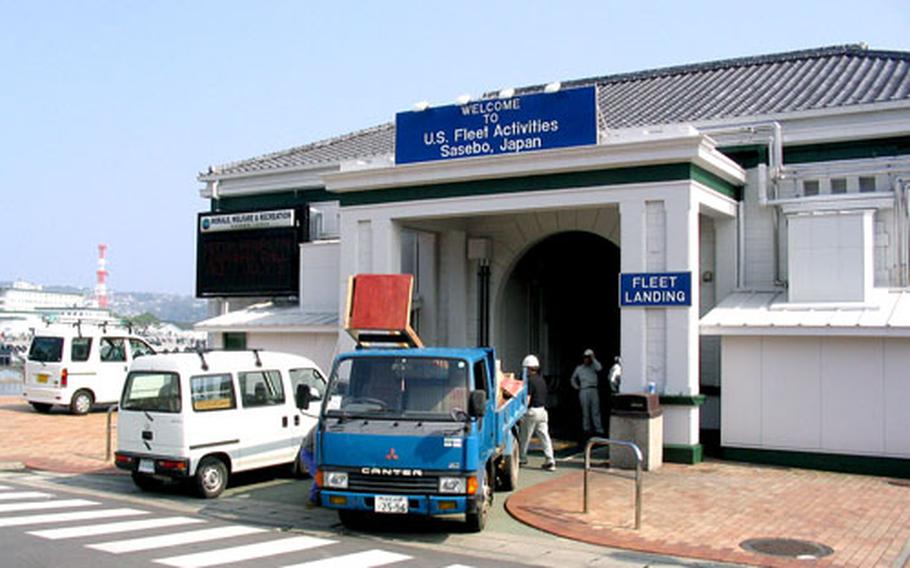 SASEBO NAVAL BASE, Japan &#8212; The U.S. Navy is spending $450,000 to renovate the Fleet Landing, the first image people entering the main gate associate with the base.

The Fleet Landing, also attached to a dock for small boats, has been a fixture on the base since the Japanese Imperial Navy operated here before World War II.

Officials designed the under-renovation fa&#231;ade based on photos shot before that war.

&#8220;Historical accuracy is a goal and moving two bulky AC housings from the front to the rear and side of the building will help a lot,&#8221; Blanton added.

The renovations also include some minor interior work, he said.

The renovation work is slated to be complete by Sept. 30. Until then, the United Service Organizations Fleet Landing Lounge, USOnet Internet service and Morale, Welfare and Recreation&#8217;s Travel and Tours office moved to Building 301, a warehouse with unused space.

Travel and Tours is operating as normal in the temporary location. The USO is using the temporary space for storage until it moves back to Fleet Landing.