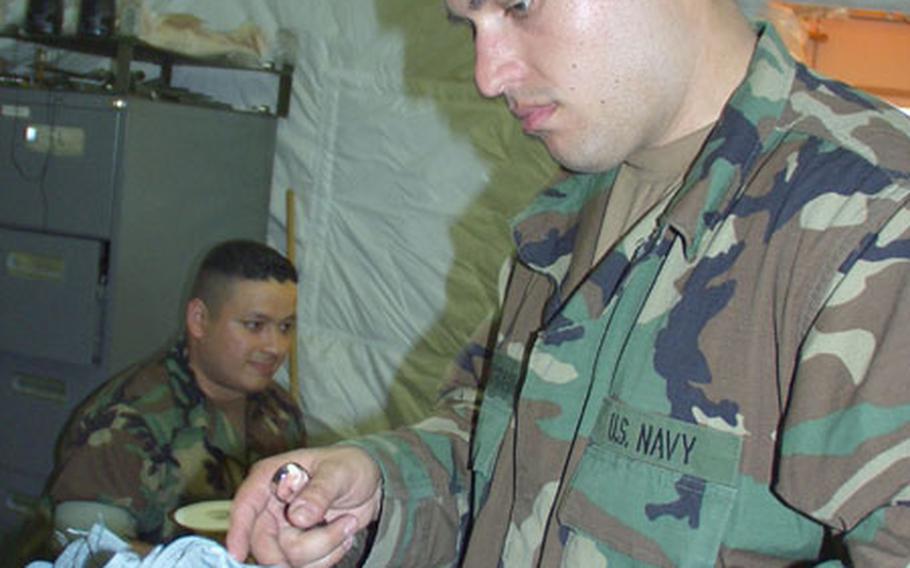 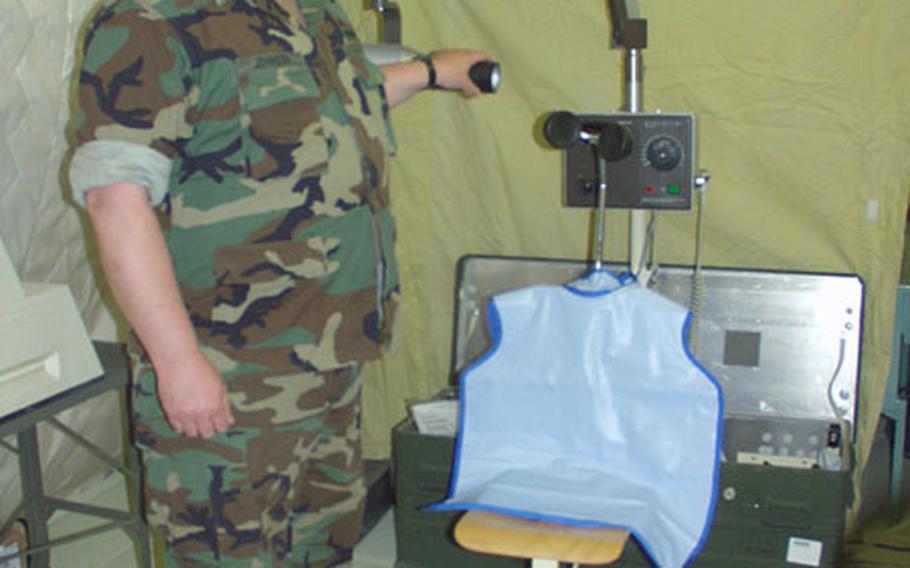 Lt. Cmdr. Tracy Johnson, a Navy dentist, shows a chair inside a field hospital in Rota, Spain in which dentists can take X-rays of patients. (Scott Schonauer / S&S) 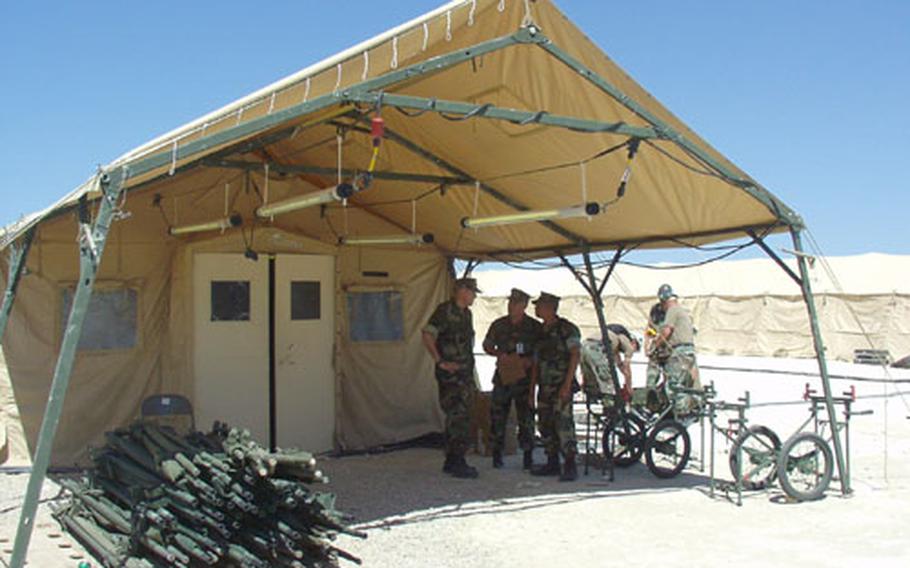 NAVAL STATION ROTA, Spain &#8212; Enclosed in a labyrinth of desert-colored tents are rows of neatly made beds for the war&#8217;s wounded.

They&#8217;re empty now. But the doctors and nurses are prepared for what could be wave after wave of casualties from the war in Iraq.

Members of Fleet Hospital Eight moved into the new 250-bed facility in the middle of the Navy base in Rota on Monday, leaving behind a smaller tent hospital about a block away.

The new, larger hospital could see its first patients this week.

Servicemembers were doing some last-minute testing on the medical equipment on Monday to get ready. Many have been working long hours the past 10 days to unload the equipment and erect the tent city within several hundred yards of the base&#8217;s airfield.

As they set up the new hospital, the unit maintained the 116-bed facility down the street. Since the war started March 20, the smaller one has treated 81 U.S. casualties. The base expected to receive the latest planeload of injured soldiers late Monday night, adding to the 34 who arrived Saturday.

Most patients arrive in Rota and expect to stay a short period of time. The goal is to treat patients so they can return to their units on the front lines or send them to military hospitals in the States.

The air-conditioned, canvas medical wards erected from 400 cargo containers have everything a doctor or nurse needs, from mobile X-ray machines to full-scale operating rooms. The compound has three operating rooms. Each has two beds. Twice a day, staff members have to wipe down the entire operating facility to make sure the area is clean and sterile.

The unit will &#8220;mothball&#8221; the smaller hospital, but could use it if casualties rise in the next couple of weeks. The larger hospital also can be expanded to serve as many as 500 patients.

Rota is one of two locations in Europe treating American casualties from the war in Iraq. Landstuhl, the U.S. military&#8217;s largest hospital in Europe, is the other facility receiving wounded.

Fleet Hospital Eight is comprised mostly of personnel from Bremerton, Washington. The Navy will not release the exact number of active-duty servicemembers deployed to Rota, but a field hospital requires between 200 and 1,000 people.