Five new coronavirus cases since Friday for US forces across Japan 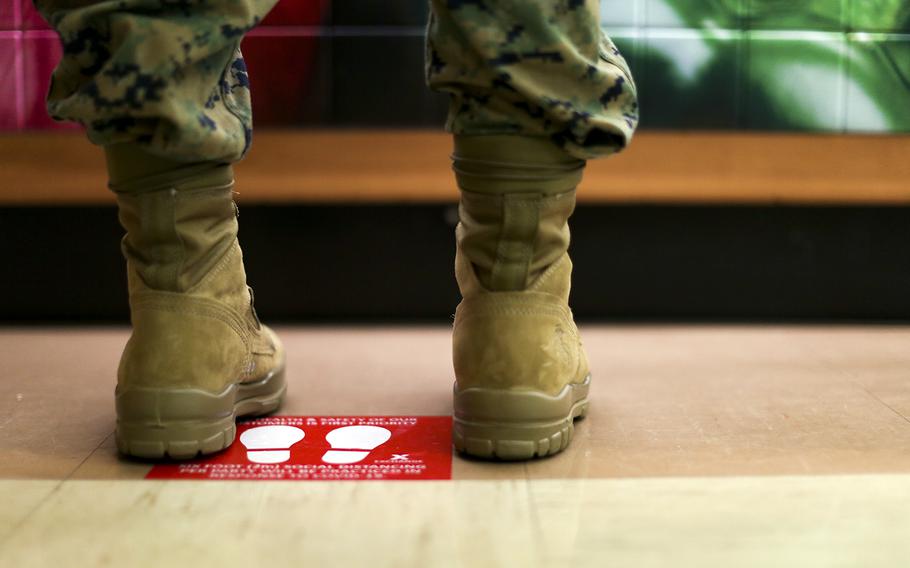 TOKYO — The U.S. military in Japan since Friday has reported five new coronavirus cases, all of them recent arrivals and already in quarantine.

In Tokyo, the nation’s capital, the metropolitan government on Monday reported 78 new patients infected with the virus, according to public broadcaster NHK. It is the first daily count below 100 since Wednesday. At least 22,647 people have contracted the virus and 400 have died in Tokyo as a result of the pandemic, according to government data.

As of Sunday, Japan has reported 81,690 cases and 1,545 deaths, according to the World Health Organization.

Yokosuka Naval Base, the 7th Fleet’s home south of Tokyo, reported two new patients, for a total of eight active cases on base. The new patients had tested positive since Sept. 22, according to a post on the base Facebook page Friday. Two other patients tested clear of the virus.

The base commander, Capt. Rich Jarrett, on Thursday broadened the travel limits for base personnel to include all of Kanagawa prefecture, where the base is located. The cities of Yokohama and Kawasaki and Tokyo prefecture remain off-limits.

However, travel from Yokosuka is also permitted to Shizuoka, Yamanashi, Nagano, Niigata and Toyama prefectures.

Jarrett relaxed the restrictions on off-base onsens, public baths, swimming pools and fitness centers. Also, base personnel may dine indoors at hotels or traditional Japanese inns if they are registered guests, according to Jarrett’s order.

On Saturday, the Marine Corps reported one new patient at Camp Foster, Okinawa, according to a Facebook post by Marine Corps Installations Pacific. That individual tested positive near the end of the mandated 14-day quarantine period. U.S. Forces Japan requires patients to test free of the virus before leaving isolation.

An unspecified number of that person’s contacts were ordered into quarantine, according to the post.

Sunday, Marine Corps Air Station Iwakuni said two individuals tested positive, also near the end of their quarantine period, according to a post on the base Facebook page. The new patients were recent arrivals to Iwakuni and went directly into quarantine; their recent contacts have also been quarantined, according to the post.

The two arrived on “military-coordinated flights” and “the likelihood of further spread of the virus remains low,” according to the base.

The prefecture reported one death and 40 new coronavirus patients over the weekend, 20 each on Saturday and Sunday, the highest daily reports in nearly a month.

Also Sunday, a man in his 60s from Okinawa city who works at Kadena Air Base tested positive, according to the prefectural website. The prefecture is investigating his case, according to a statement on its website.

The air base in a Facebook post Monday said the man is in isolation but did not work in a customer service role and had no close contacts.