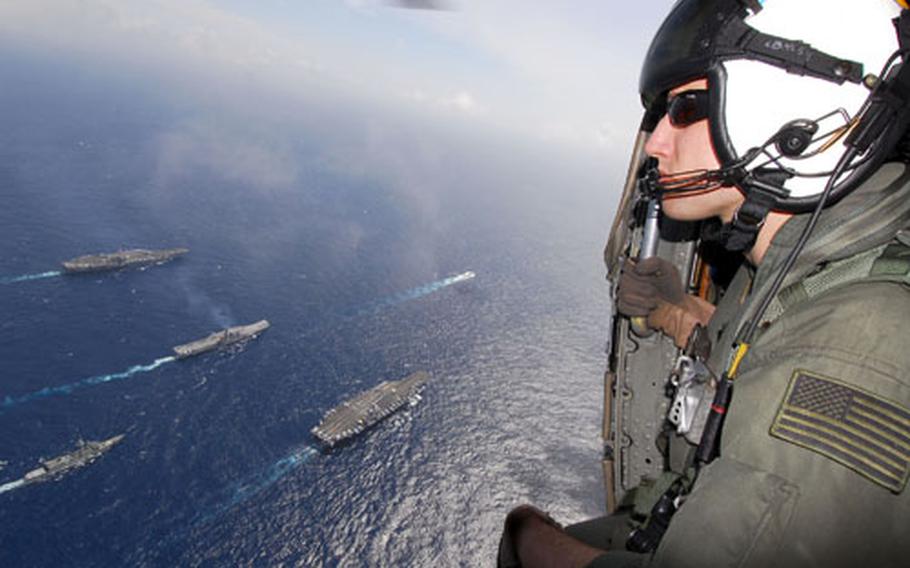 More than 20,000 naval personnel from five countries kicked off Exercise Malabar off the coast of India on Wednesday.

Previous Malabar exercises have involved just the United States and India, but this year the Indian navy invited Australia, Japan and Singapore to participate, according to a U.S. Navy news release.

The at-sea exercise is designed to increase the ability of the five nations&#8217; maritime forces &#8220;to respond, as necessary, to maritime threats such as terrorism, proliferation of weapons of mass destruction and transnational challenges such as pandemic disease and natural disaster,&#8221; the release said.

Training between the countries will include sea control operations of all major air, surface and subsurface maritime skill sets, the release said. The participants also will conduct personnel exchanges during the exercise.