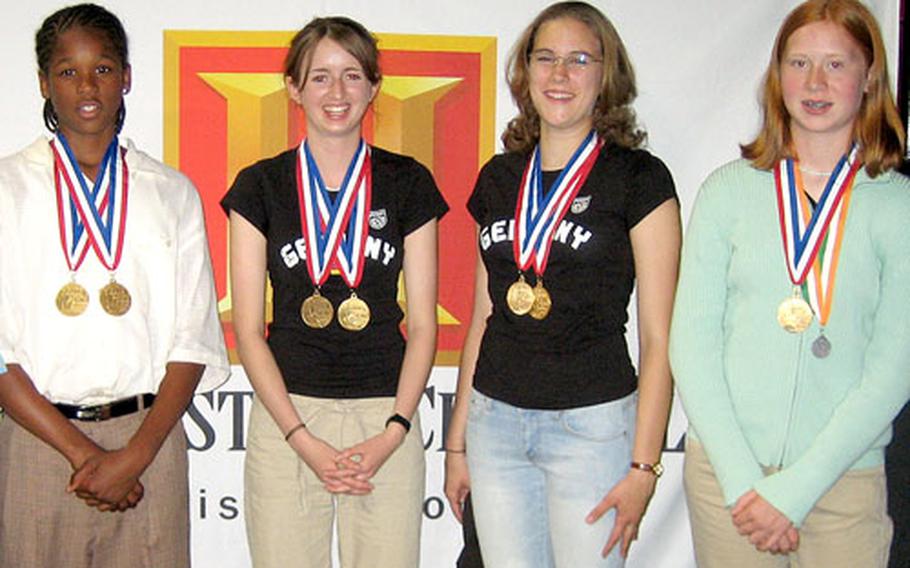 Five students from Department of Defense Schools in Europe won top prizes at the annual National History Day competition, which took place at the University of Maryland-College Park this month.

Savon Bracey, a seventh-grader at Bitburg Middle School in Bitburg, Germany, won the Department of Defense Education Activity State Junior Award for his performance on the 1960 Greensboro, N.C., sit-in. Savon also won the Jamestown Award for the best DODEA entry, which earned him a trip to Jamestown and Williamsburg, Va.

Nichole Griep and Kara Elder, 11th-graders at Bitburg High School, won the Outstanding Entry on an International Theme award for their senior group documentary titled &#8220;Truth on the March &#8212; Emile Zola: Taking A Stand in the Dreyfus Affair.&#8221; The documentary is about a French Jewish military officer falsely charged with giving military secrets to the Germans in the late 1800s. They received a cash award of $5,000, which was presented by The History Channel.