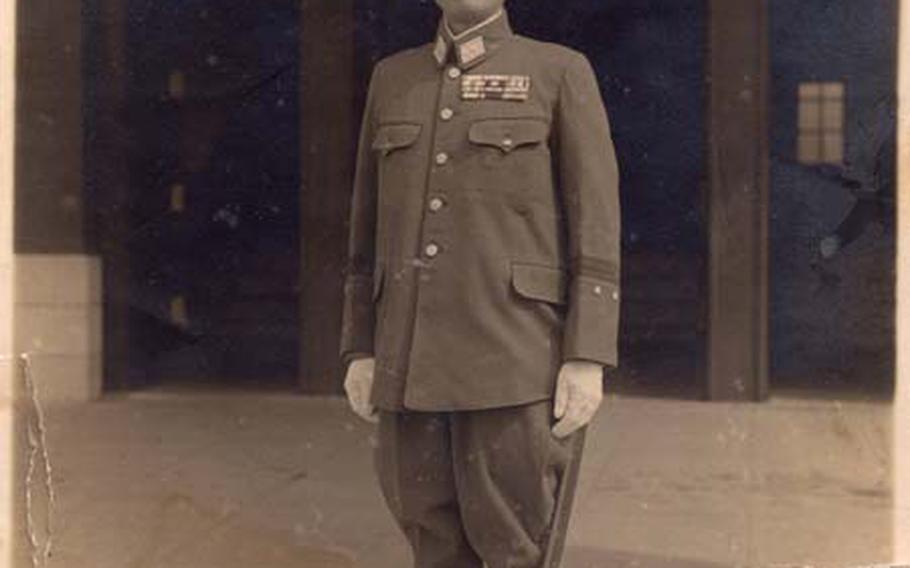 Lt. Gen. Kenzo Kitano, the commandant of the Japanese Imperial Military Academy at Sobudai. Kitano gave this picture to Suzu Kuriha, his secretary in 1945, telling her to show the picture to people if she needed help after the war. (Photo courtesy Suzu Kuriha)

Lt. Gen. Kenzo Kitano, the commandant of the Japanese Imperial Military Academy at Sobudai. Kitano gave this picture to Suzu Kuriha, his secretary in 1945, telling her to show the picture to people if she needed help after the war. (Photo courtesy Suzu Kuriha) A 15-year-old Suzu Kuriha (right) poses for a picture with the senior executive officer of Camp Zama and other co-workers in 1945. During that year, Kuriha served at the secretary for Lt. Gen. Kenzo Kitano, the commandant of the Japanese Imperial Military Academy at Sobudai. (Photo courtesy Suzu Kuriha) A 1940&#39;s era photo of the road leading to Zama Village outside of Camp Zama. (Photo courtesy U.S. Army Japan) 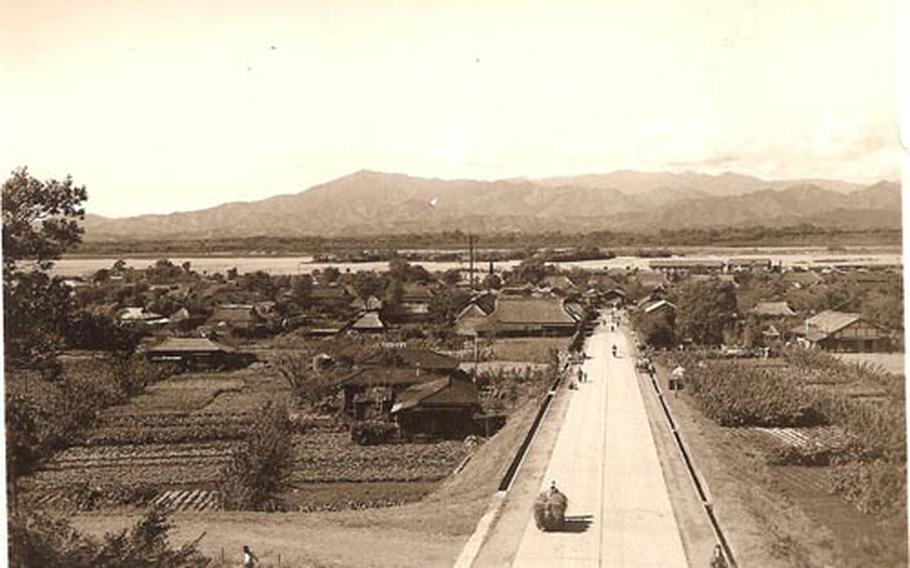 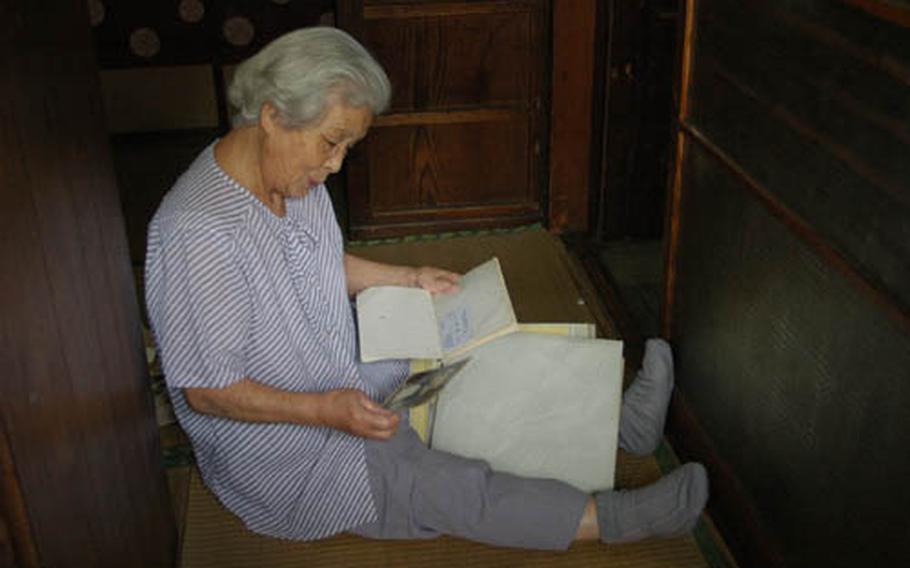 Suzu Kuriha looks at pictures and documents from the Japanese Imperial Military Academy at Sobudai, during a visit to her home by U.S. Army Japan officials. Kuriha served as the secretary to the commandant of the academy from April to September of 1945. (Bryce S. Dubee / S&S)

CAMP ZAMA, JAPAN &#8212; On April 10, 1945, a young Suzu Wada came to work for the first time at the Rikugun Shikan Gakko, the Japanese Imperial Military Academy at Sobudai, known today as Camp Zama. There she would serve as personal secretary to the academy commandant until just shortly before the U.S. Army&#8217;s 1st Cavalry Division, part of the U.S. occupying forces in Japan, took control of the base in September 1945.

Now 78, Wada &#8212; who has since married, taking the name Kuriha &#8212; met last week with U.S. Army Japan officials to share memories of the base and her life during and after the war.

Having just graduated junior high school and only 15 at the time, Kuriha said she was chosen to be the secretary for the commandant, Lt. Gen. Kenzo Kitano.

"I was not very shy or surprised, but I just wondered why I was selected," she said, speaking through a translator.

Kitano had commanded the 4th Division in Manchuria and the Philippines and then the 19th Army in the Moluccan Islands before arriving at Sobudai in early 1945.

"He was very gentle and kind," she said, explaining that her main responsibilities were to bring him documents, serve him meals, clean, take care of laundry and other basic tasks.

A stroll around the base where she once worked can be a walk through history.

Relocated in 1936 from Ichigaya to the small hamlet of Zama Village, the academy was built to fill the Imperial Army&#8217;s need for more officers to support the war with China.

The first class of senior students began on Sept. 30, 1937, and life was difficult, according to "The Rikugun Shikan Gakko," a history provided by U.S. Army-Japan.

"A large portion of the maneuver grounds was covered with sharp stumps of trees which cut into the students&#8217; bodies when they threw themselves on the ground during exercise," the book states. "When it rained, the school grounds became muddy and gave out under their feet."

On Dec. 20, 1937, Emperor Hirohito attended the school&#8217;s first graduation ceremony, taking in a military review on what is now Camp Zama&#8217;s baseball fields next to the base gym.

A massive stone monument commemorating Hirohito&#8217;s visit was erected in 1940 near the base&#8217;s front gate.

In 1945 Japanese soldiers, fearing destruction of the monument by U.S. forces, buried it underground.

Two years later, Lt. Gen Robert L. Eichelberger had the monument unearthed and returned to its original location, where it stands today.

As the war in China intensified, academy enrollment increased and activity around the base grew.

It included the creation of Sagami Arsenal (now the U.S. Army&#8217;s Sagami Depot), a communications school, an armor equipping school (later to become the Army&#8217;s Camp Fuchinobe) and a telegraph regiment at what is now Sagamihara Family Housing Area.

By the time Kuriha would arrive at the academy, the schools had trained more than 18,000 cadets.

But as a main training area for Imperial Army officers, the academy became a prime target for Allied air attacks. In April 1945 a bombing raid killed six base personnel.

Kuriha also remembered an airplane strafing the base as it crossed over the lake.

Such attacks forced the academy to relocate once more, moving to the mountains of Nagano prefecture in June 1945.

Kuriha and the general were among a small contingent of soldiers and staff who remained at Zama.

Kuriha moved to her older sister&#8217;s house until she met her husband, a fisherman.

Kitano retired in 1946 as head of the Eastern Demobilization Bureau. He died in 1960.

The 1st Cavalry Division eventually left Zama, which for a short while was named the 4th Replacement Depot.

In 1952, five former academy buildings were destroyed in a fire. A year later the current U.S. Army-Japan&#8217;s headquarters building was erected on the site.

And Kuriha still holds onto the picture Kitano given to her more than a half century ago.