Fitzgerald gets change of scenery, crew 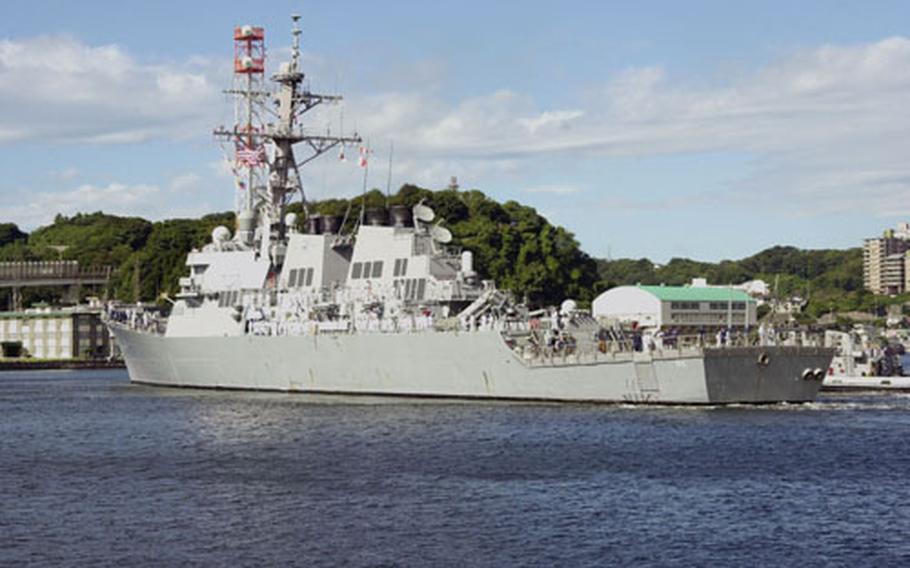 The USS Fitzgerald arrives Thursday at Yokosuka Naval Base, Japan, after a crew swap in San Diego. (Jim Schulz / S&S)

The USS Fitzgerald arrives Thursday at Yokosuka Naval Base, Japan, after a crew swap in San Diego. (Jim Schulz / S&S) 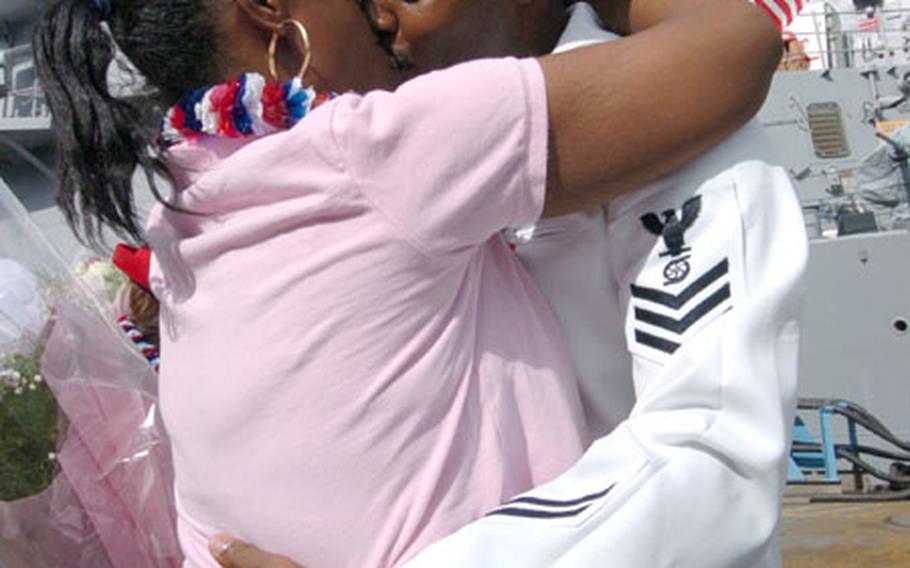 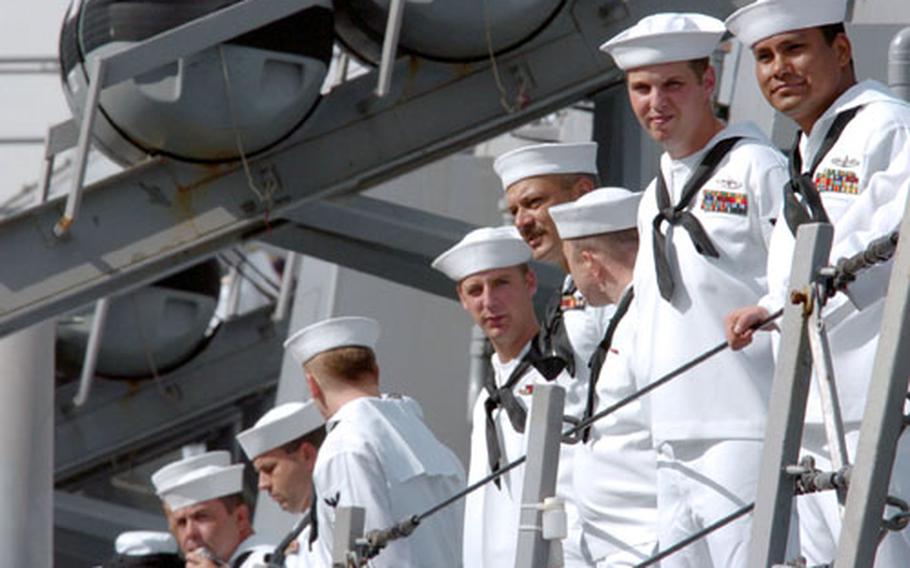 Sailors aboard the USS Fitzgerald wait to secure from “man the rails” Thursday after their arrival at Yokosuka Naval Base, Japan. (Jim Schulz / S&S) 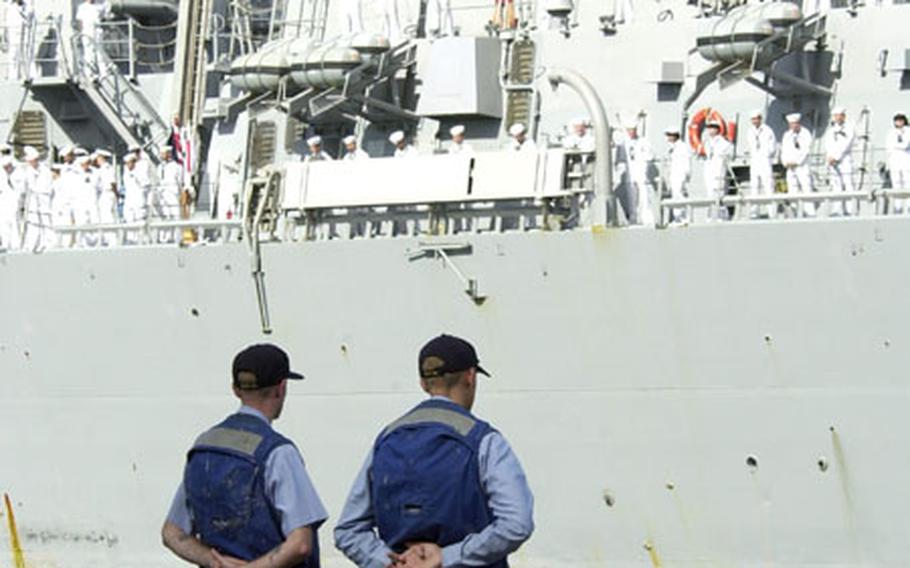 The USS Fitzgerald pulled into Yokosuka Naval Base, Japan, on Thursday, bringing with it an upgrade to the 7th Fleet&#8217;s capabilities &#8212; and a truly motley crew.

The Aegis-equipped guided missile destroyer replaces the USS O&#8217;Brien, a now-decommissioned destroyer built in 1977. Some 40 percent of the Fitzgerald crew formerly was on the O&#8217;Brien.

The unprecedented crew swap &#8212; the first time ever the U.S. Navy has replaced a portion of the crew from one class of ship with that of another &#8212; provides two benefits, said officials at Thursday&#8217;s homecoming. One is to provide &#8220;institutional knowledge of the forward-deployed naval forces&#8221; for the Fitzgerald crew and officers who were formerly stationed in San Diego. The other, according to Cmdr. Brad Smith, Fitzgerald skipper, was that it &#8220;allowed some of the folks who wanted to stay in Japan to stay here.&#8221;

The Fitzgerald, among its other duties and after work on its systems to be done at Yokosuka, will be part of the 7th Fleet&#8217;s complement of ships equipped for a new mission: to patrol the Sea of Japan to detect and track any medium- or long-range missiles fired from North Korea.

The ships tasked with the initial patrols &#8212; the first of their kind ever undertaken &#8212; also include the USS Curtis Wilbur and the USS John S. McCain, according to the Missile Defense Agency, part of the Defense Department. The mission was to begin by Friday; although officials declined to say which ship would be tasked with the first patrol, it appeared to be the Curtis Wilbur. The Curtis Wilbur got under way on Monday, while the McCain still was in port.

The addition of the Fitzgerald is one of several changes the 7th Fleet is expecting this year. Rear Adm. James Kelly, commander of Carrier Strike Group 5, said two fleet cruisers likely would be decommissioned later this year: the USS Cushing and the USS Vincennes, which became infamous for its accidental shooting and downing of an Iranian airliner in 1988.

Kelly declined to say what ships were expected to replace the Cushing and the Vincennes. However, the Missile Defense Agency says that within the next two years, 15 destroyers and three cruisers will be equipped for the long-range surveillance and tracking missions &#8212; as well as the other missions they always have done.

But several Fitzgerald wives were waiting at the pier, most of whom had been in Japan only a few weeks. Among them was Nellie Baggett, the ship navigator&#8217;s wife. She and her husband, Lt. j.g. John Baggett, have been married less than a year, and he was at sea much of that time.