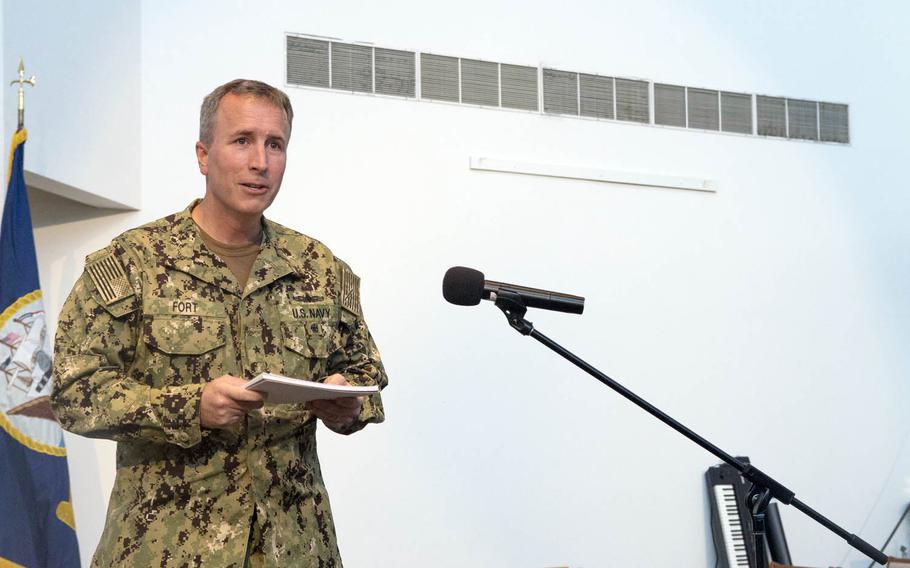 FORT SHAFTER, Hawaii — The lead investigator of the USS Fitzgerald collision in June assumed command of Navy Region Hawaii Wednesday during an all-hands call at Joint Base Pearl Harbor-Hickam.

In lieu of the usual pomp and ceremony of a change of command, Rear Adm. Brian Fort took command with the reading of his orders before a crowd of sailors, airmen and Defense Department civilians, a Navy statement said.

Fort had been slated to step into position with a regular change-of-command ceremony in June, but it was canceled when he was notified to immediately report to Yokosuka, Japan to investigate the crash, the Navy said.

The Navy has not yet released findings from the investigation.

“While I am not able to speak about the details of the investigation, I would ask you to continue to keep the Fitzgerald ohana in your thoughts and prayers for the seven shipmates we lost in the early morning hours of June 17th,” Fort said in the statement.

Fort was an operations officer aboard the USS Ingersoll and USS Lake Erie, which were both formerly homeported at Pearl Harbor, according to his official biography. He was the executive officer aboard Hawaii-based USS Port Royal in the wake of 9/11 attacks.

He received a master’s degree from the Naval War College in national security and strategic studies.