Fitness classes aim to cut the fat among teens 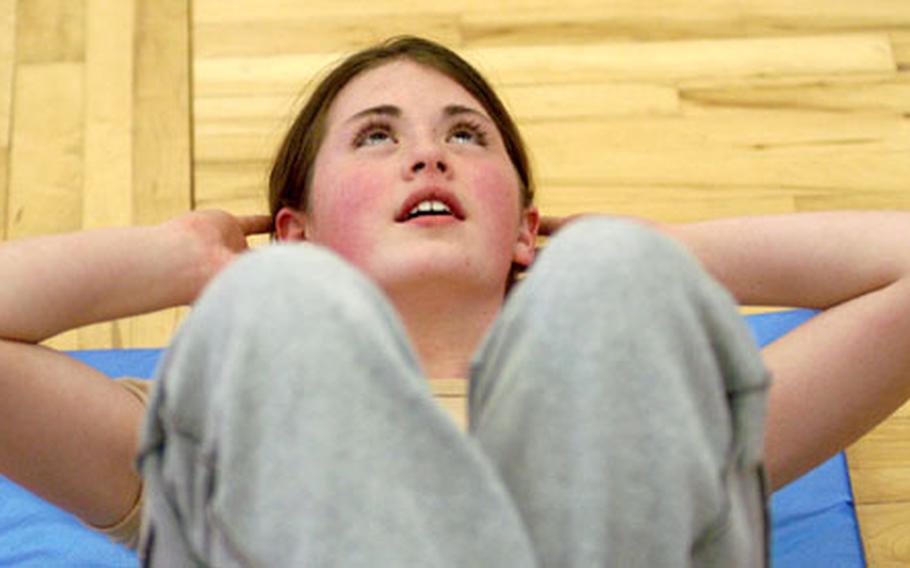 “I’m a lot happier these last four weeks of going to the gym,” said Annan Morelli, doing sit-ups during a teen fitness course at the Cambrai gym. Morelli was the first teen to tackle the class. (Michael Abrams / S&S)

“I’m a lot happier these last four weeks of going to the gym,” said Annan Morelli, doing sit-ups during a teen fitness course at the Cambrai gym. Morelli was the first teen to tackle the class. (Michael Abrams / S&S) 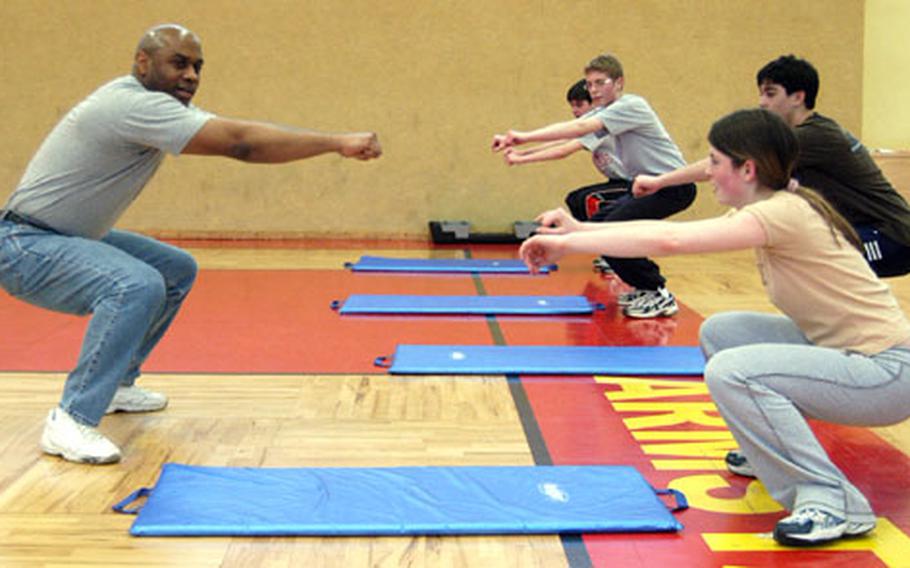 DARMSTADT, Germany &#8212; Unfit children and the stagnant lifestyles that cause them to pack on pounds are the subjects of some new initiatives in American military communities.

Both military and school officials recognize that weight gain is a problem among young people, so they&#8217;re fighting back with exercise programs specifically designed to prevent childhood obesity.

Darmstadt is one of the communities taking on the battle of the bulge. The 233rd Base Support Battalion is offering free after-school classes at the gym to teach teens how to use exercise equipment properly.

&#8220;I&#8217;m a lot happier these last four weeks of going to the gym. I blow off some steam and hang out and meet people. It&#8217;s a lot of fun and I feel better,&#8221; said Annan Morelli, 13, who was the first and only pupil to take on the new Cambrai-Fritsch Casern teen fitness program when it started in January.

Three other teen-fitness regulars now join Annan in the Tuesday and Thursday hourlong gym sessions, along with three students who started Tuesday to train for the upcoming soccer season.

By the end of the eight-week course, the teens, ranging from 13 to 16, will be able to use the gym on their own &#8212; along with any others who take the class. Previous military regulations said anyone younger than 17 could use the gym only with constant adult supervision.

The World Health Organization calls childhood obesity a worldwide epidemic. Other organizations, such as the American Obesity Association, place America at the top of this food chain &#8212; owing to its suburban sprawl, videogames and super-size fast food portions.

Morgan has personal experience with childhood health problems. Growing up in North Carolina, he was diagnosed with asthma and had many allergies. He said that, at 12, he realized the power of living a healthy lifestyle and has since beaten his problems through exercise.

&#8220;These children can make a commitment right now and change their life. You can tackle any goal if you look good and feel good,&#8221; Morgan said.

The national Centers for Disease Control and Prevention said daily enrollment in physical education classes dropped from 42 percent to 13 percent among high school students between 1991 and 2001.