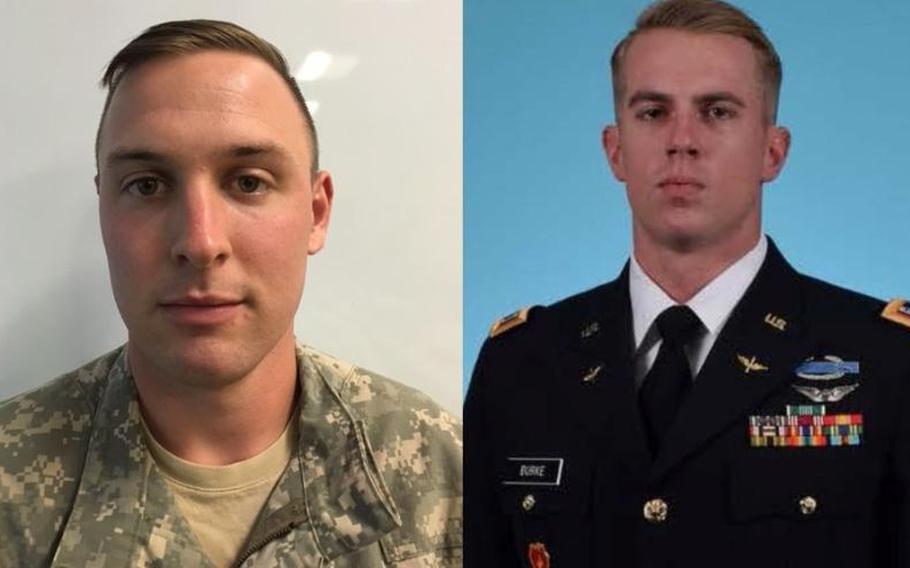 WASHINGTON — A D.C.-area nonprofit said as of Monday it is still awaiting word from Pentagon officials to step in and provide aid to Gold Star families during the federal government shutdown.

The families of two U.S. soldiers killed in a helicopter crash Saturday morning are eligible for death gratuity benefits, which are halted during government shutdowns. As a result, Rockville, Md.-based Fisher House Foundation, which helped Gold Star families during the 2013 shutdown, has stepped up again.

“It’s still very early on, and based on the groundwork that was laid in 2013, that makes it easier for us to step up quicker and offer services,” Ken Fisher, chairman and CEO of his family’s nonprofit, said of providing aid. “But we have not heard (from Pentagon officials yet). We are waiting, but we are ready.”

The Army on Monday identified the two soldiers killed in an Apache helicopter crash in Fort Irwin, Calif., as Clayton R. Cullen, of Indiana, and Kevin F. Burke, of California. Both were based out of Fort Carson, Colo, the service said.

Families of the two soldiers should be eligible for the government’s death benefit program, which includes an immediate $100,000 payment to each military family. The program is halted during a shutdown, along with other funds that cover funeral, burial and travel expenses.

While the shutdown doesn’t impact insurance-related death payments — such as ones from the Servicemembers' Group Life Insurance program — those funds can take weeks to reach families.

A defense official on Monday said the families will not receive death gratuity payments until the shutdown is lifted. It wasn’t immediately clear early Monday if the Pentagon was working to connect the families of fallen soldiers with Fisher House.

On Friday, Sen. Joe Manchin, D-W.Va., said he reached out to Fisher, and the nonprofit agreed to offer the families an advance grant until the government can make reimbursements. Fisher House will also cover flights, hotels and other incidentals for family members.

Fisher on Monday said he was frustrated that the death benefits haven’t been made permanent, even as a legislative fix has languished for years.

“We need to enact legislation today, now, so that this doesn’t happen again,” he said. “It’s difficult for me to sit back and watch the military and their families get lost through these political disagreements and squabbling.”

Since the 2013 shutdown, Rep. Gerry Connolly, D-Va., has sponsored the Families of Fallen Servicemembers First Act during every congressional term, but the bill has stalled in committee. Each year, however, the plan has grown in support, going from 8 cosponsors in 2013 to 108 this year.

“These families have to deal with the tragic loss of their loved ones as well as suffer the loss of the monetary support for our government when they need it the most,” said Keith Humphrey, of Kansas, a Navy veteran and father-in-law to a fallen Marine Corps servicemember who has been working on the plan.