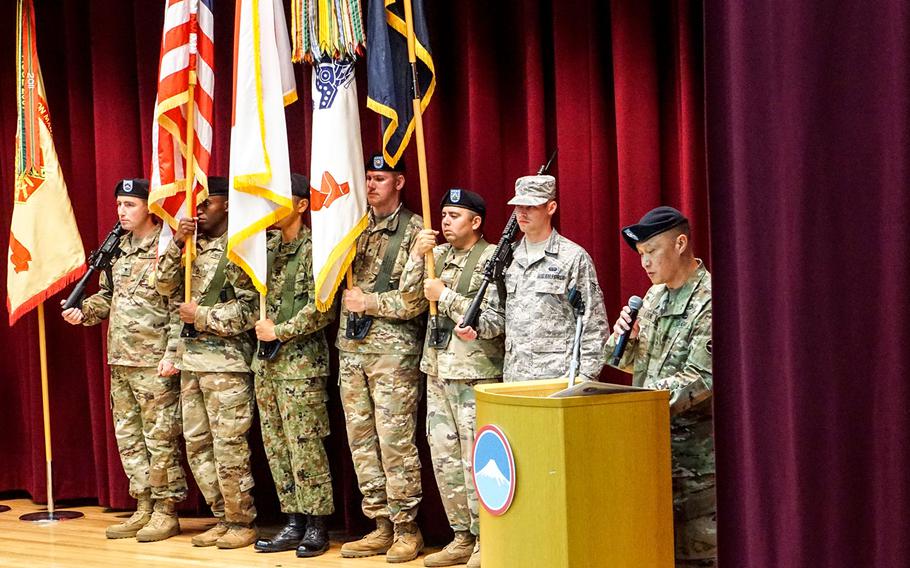 Luong will be responsible for 2,500 soldiers, civilians and family members throughout 16 installations in mainland Japan and Okinawa.

“To the leaders and troopers of U.S. Army Japan, I’m ready to join your family, and it will be an honor to fight by your side,” he told hundreds of people attending the ceremony.

It’s been a long journey for the son of a Republic of Vietnam Marine Division major who as a 9-year-old evacuated from Saigon with his parents and seven siblings a day before the city fell to North Vietnamese forces.

He credits his father with inspiring him to serve the country that rescued his family. He was selected as a Carnegie Foundation Great Immigrant in 2016.

Luong, who in 2014 became the first Vietnamese-American general, has commanded from rifle platoon up to flag level.

He commanded the 2nd Battalion, 505th Parachute Infantry Regiment during a deployment to Iraq from 2005 to 2006, as well as the 3rd Brigade, 101st Infantry Division in Afghanistan in 2010-11. He also served as chief of staff at U.S. Army Central.

“Commanding U.S. Army Japan is an enormous task and awesome responsibility and Jim Pasquarette really did a tremendous job leading this force through some challenging times,” Brown said. “Several [Japanese Ground Self-Defense Force] commanders told me they think he was the best U.S. Army Japan commander they’d ever worked with.”

Pasquarette will soon pin on a third star and become the Army’s deputy chief of staff, G8, in charge of overseeing the funding and fielding of Army programs to meet force needs.