First US troops land in Turkey for Patriot defense mission 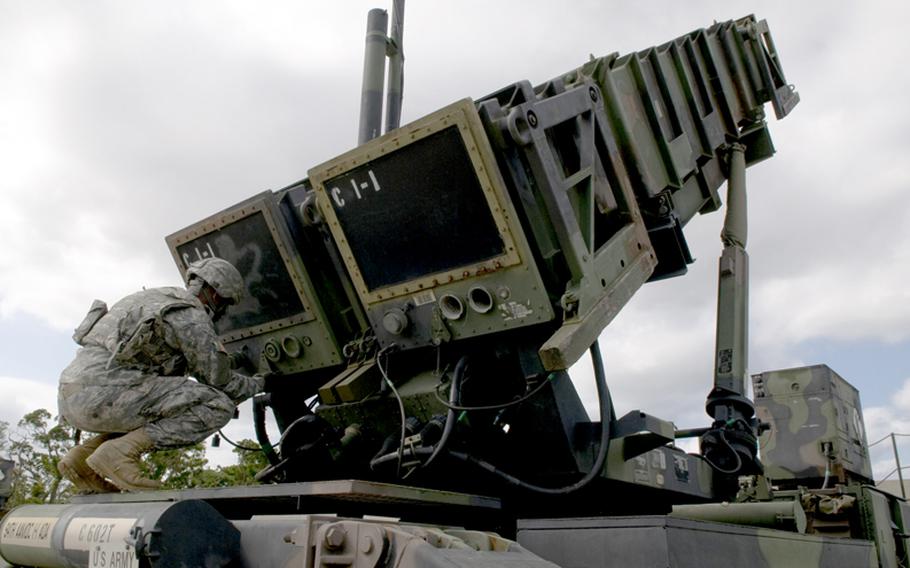 An advance team of roughly 50 U.S. troops, mostly from the headquarters of U.S. Army Europe and the 21st Theater Sustainment Command, arrived Thursday to prep for the arrival of air defense forces, U.S. Army Maj. Brian Carlin said by phone from Turkey.

&ldquo;Moving personnel, equipment, supplies &mdash; it&rsquo;s a lot of logistics. So we&rsquo;ve got a logistics team here to do that,&rdquo; Carlin said.

About 400 U.S. personnel, along with equipment from the 3rd Battalion, 2nd Air Defense Artillery based at Fort Sill, Okla., will continue to flow into Turkey over the next several days via U.S. military airlift, according to EUCOM. U.S. troops will man two Patriot batteries supporting NATO&rsquo;s mission there.

Additional equipment will be moved by sea, arriving later this month, the command said in a news release. The deployment of the six Patriot batteries &mdash; including two each from Germany and the Netherlands &mdash; is in response to a request by Turkey in November.

A team of about two dozen U.S. troops traveled Thursday to the Turkish city of Gaziantep, across the border from the embattled Syrian city of Aleppo, to survey the area where the U.S. batteries will be deployed, Carlin said. German and Dutch batteries will deploy to two other border cities.

&ldquo;Turkey is an important NATO ally, and we welcome the opportunity to support the Turkish government&rsquo;s request in accordance with the NATO standing defense plan,&rdquo; said Navy Vice Adm. Charles Martoglio, U.S. European Command deputy commander, in the release.

Martoglio said the Patriot batteries will fall under NATO command when setup is complete and the systems are operational later this month. NATO has said the deployment will be defensive only and will not support a no-fly zone or any other offensive operation.

Last month, NATO foreign ministers formally approved the plan to send Patriot missiles to Turkey, a move that comes amid alarm that the regime of President Bashar al-Assad has access to chemical weapons. NATO officials have expressed concern that such weapons could be mounted on missiles.

President Barack Obama has warned the regime in Syria of &ldquo;consequences&rdquo; should those weapons be deployed.