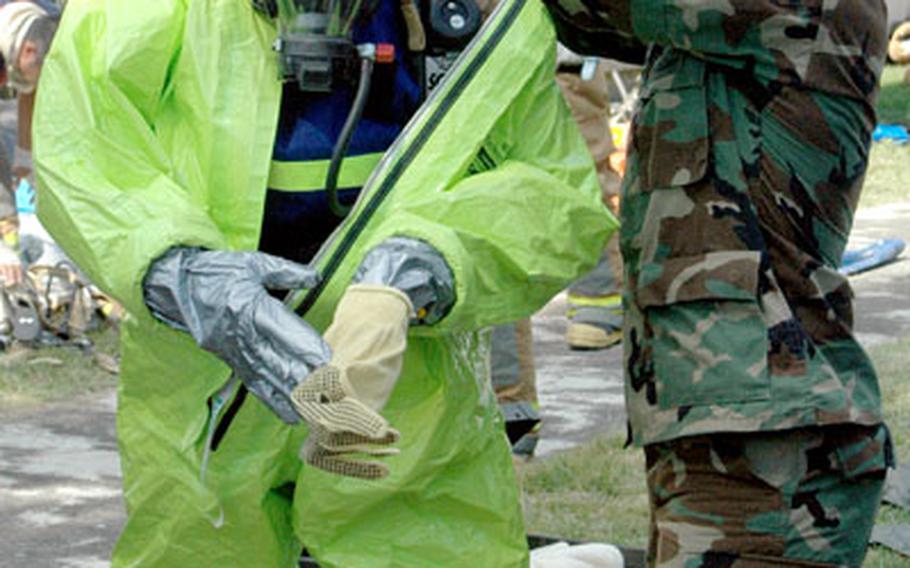 Members of a Navy Explosive Ordinance Disposal team suit up to investigate a suspicious package during a Kanto Plain-wide exercise at Camp Zama, Japan, on Thursday. (Bryce S. Dubee / S&S)

Members of a Navy Explosive Ordinance Disposal team suit up to investigate a suspicious package during a Kanto Plain-wide exercise at Camp Zama, Japan, on Thursday. (Bryce S. Dubee / S&S) 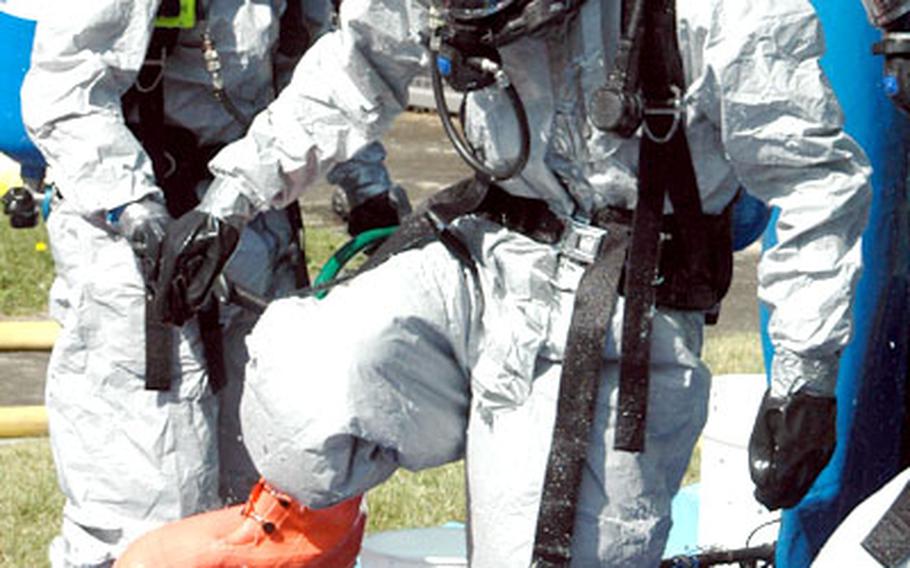 A member of a Japanese hazardous material team steps out of a decontamination shower during the Kanto Plain-wide exercise at Camp Zama. (Bryce S. Dubee / S&S) 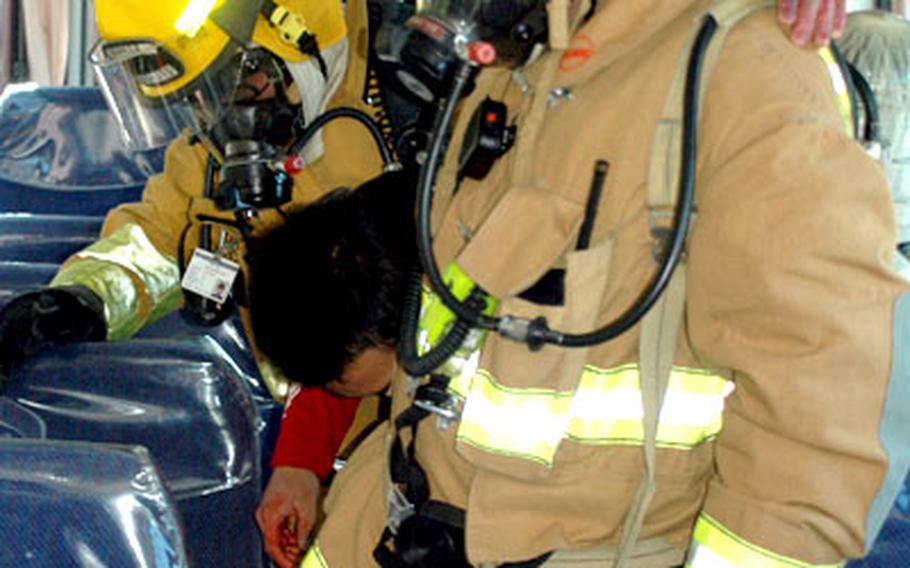 CAMP ZAMA, Japan &#8212; A van collides with a bus carrying several high school students. The van catches fire and begins leaking poisonous chemicals into the area. The fire is extinguished &#8212; but then a suspicious package is found inside the van.

This was the scenario first-response units from throughout the Kanto Plain faced in a Chemical, Biological, Radiological, Nuclear and Explosive training exercise at Camp Zama on Thursday.

The U.S. units and their Japanese counterparts both took part.

&#8220;With such a small U.S. military footprint in Japan, it is important to leverage all of our strengths,&#8221; said Col. Robert M. Waltemeyer, U.S. Army Garrison Japan commander. &#8220;At this exercise, we have Army, Navy, Air Force and the local host government all working together.&#8221;

U.S. and Japanese firefighters were first on the scene. Because firefighters often are the first at an emergency, Ralph Barone, USAGJ regional fire chief, assumed the role of incident commander.

One of the units responding was the Casualty Decontamination Team, Navy Seabees from Naval Air Facility Atsugi. After quickly setting up decontamination tents and donning full protective gear, the Seabees took each victim extracted from the crash site through the tents.

It was a good exercise, said Chief Petty Officer Alejandro Bautista, team operations chief, &#8220;to implement what we&#8217;ve trained on at Atsugi.&#8221;

Victims then were taken to the triage area for evaluation and treatment by Army, Navy and Japanese medical staff.

Chaplains also were at the triage area, to comfort and help the victims but also to conduct critical-incident stress debriefings.

Observing were local Japanese officials. &#8220;Each year we do this,&#8221; Waltemeyer said, &#8220;we have increasing interest by the local governments and a desire to see our approach to training.&#8221;