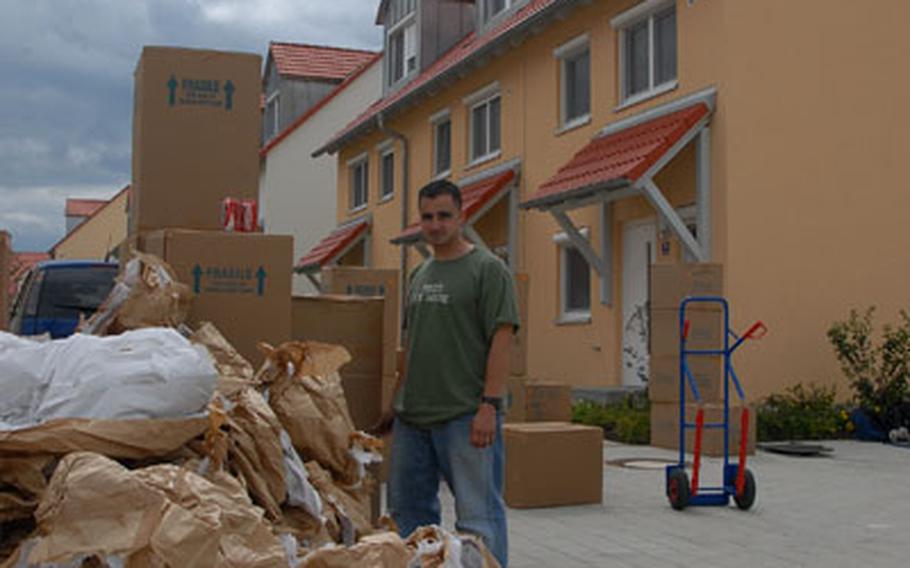 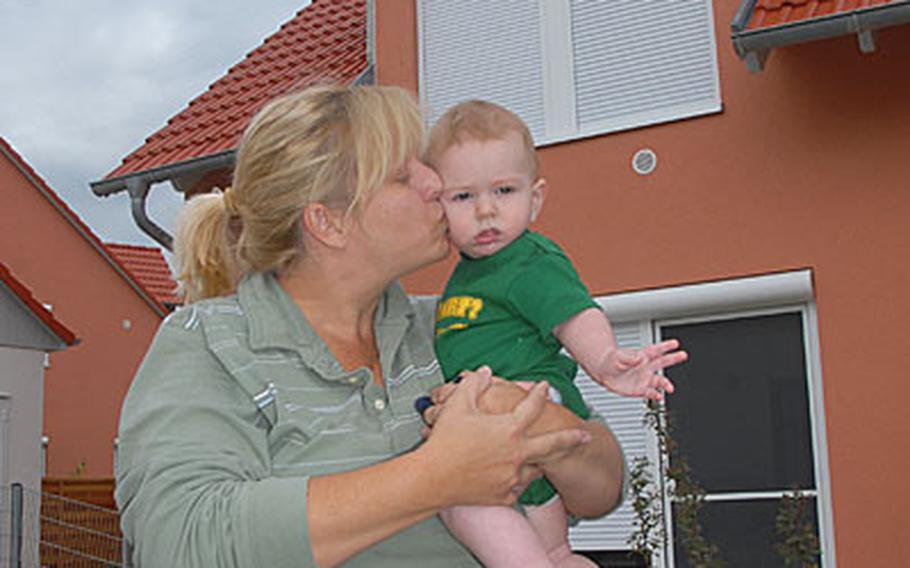 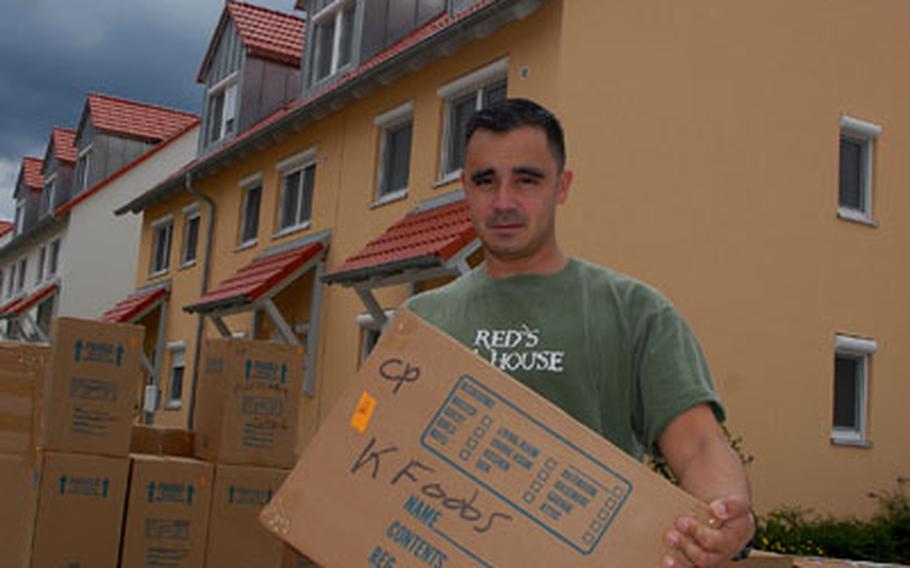 Murphy and his family settled into a three-bedroom, three-story row house in Netzaberg. (Seth Robson / S&S) 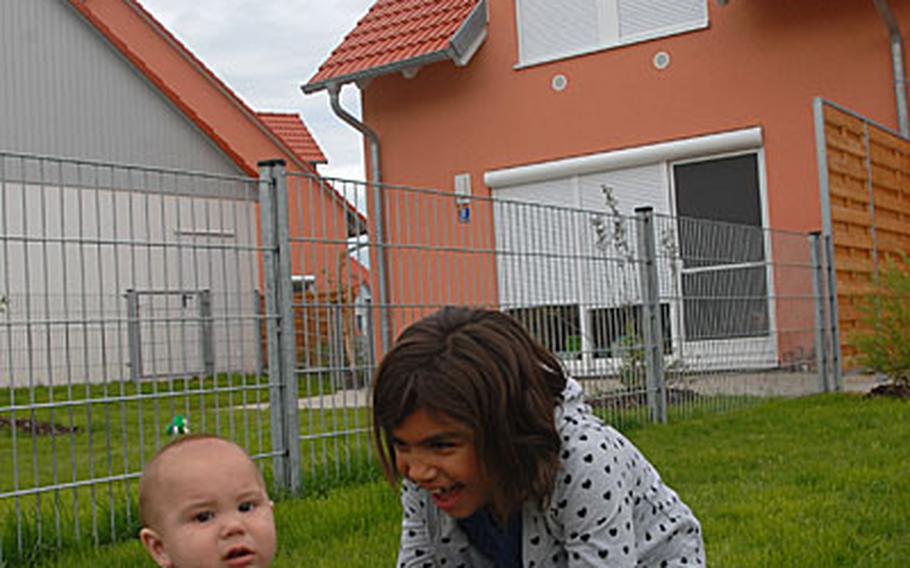 GRAFENW&#214;HR, Germany &#8212; The first residents are moving in to Netzaberg, an 830-home military housing area built for some of the thousands of troops that will arrive at Grafenw&#246;hr as the U.S. Army closes other installations in Europe over the next few years.

The off-post community &#8212; the largest civilian or military housing project under way in Europe &#8211; will include middle and elementary schools (due to open next year), a child development center, a gas station and a shoppette and will have its own access road to Grafenw&#246;hr&#8217;s main post.

Last week Netzaberg was a flurry of activity as the first families arrived, took delivery of household goods and set up their new homes.

Murphy, who is preparing to deploy to Iraq with the rest of 2nd Cav in August, arrived in Germany three weeks ago with wife Nikky and daughters Jasmine, 9, and Isabella, 14 months.

The family shipped their belongings from the U.S. in April. The goods arrived in Grafenw&#246;hr on Monday and they had the house by Tuesday, he said.

The Netzaberg housing looks a lot like an American neighborhood, Murphy said, adding that he&#8217;s glad he&#8217;s not living in some of the older on-post housing at Grafenw&#246;hr.

Just down the street another 2nd Cav soldier, Spc. Mitchell Griffin, has just moved into a three-bedroom duplex with his wife, Gretchen, and their two kids &#8212; Brady, 7 months, and Grace, 8.

The family, who arrived in Germany a year ago with the bulk of the regiment, moved to Netzaberg on Tuesday and were still arranging their belongings on Friday, Gretchen Griffin said.

They have been on a waiting list to get into Netzaberg since they got here, making do with a third-floor stairwell apartment on post at Grafenw&#246;hr, she said.

Grace Griffin appeared just as pleased as her mother with the new house.

Other appealing features include a nearby park and safe streets where children can ride bikes, Gretchen Griffin said.

The family had just come to Grafenw&#246;hr from Friedberg, where they lived in an off-post rental home, Tammy Williams said.

The best thing about the Netzaberg house is a yard for the family dog, Lexi, she said.

The best thing about the neighborhood is living close to other families of deploying soldiers, she said.