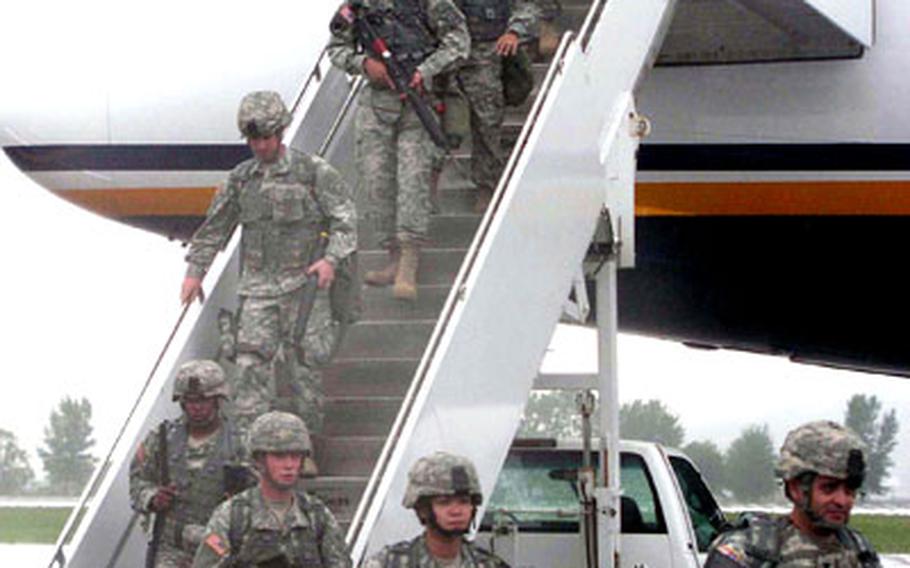 At Suwon Air Base in South Korea on Wednesday, soldiers of the 1st Battalion, 7th Air Defense Artillery, come down the ramp after flying in from Fort Bliss, Texas. (Franklin Fisher / S&S)

At Suwon Air Base in South Korea on Wednesday, soldiers of the 1st Battalion, 7th Air Defense Artillery, come down the ramp after flying in from Fort Bliss, Texas. (Franklin Fisher / S&S) 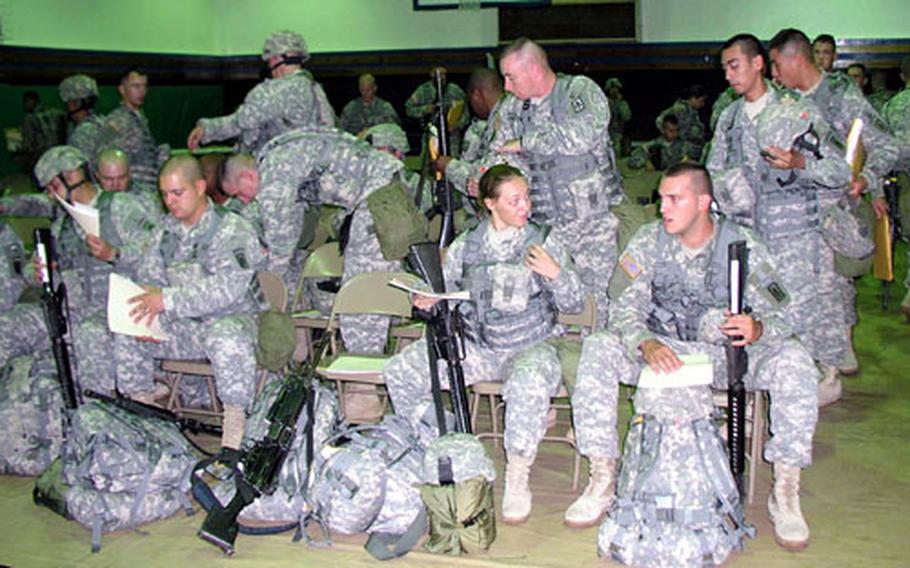 SUWON AIR BASE, South Korea &#8212; The first planeload of Patriot missile troops whose battalion is moving to South Korea from Texas landed in a steady rain Wednesday afternoon at Suwon Air Base.

With the move to South Korea, the battalion becomes part of the 35th Air Defense Artillery Brigade, which maintains Patriot firing batteries at several points around the peninsula.

Two more planeloads are to arrive in coming weeks, with the move set for completion by the end of this month. The battalion has about 660 soldiers.

The battalion is switching places with the 1st Battalion, 43rd Air Defense Artillery, which has begun returning to Fort Bliss after 13 years in South Korea.

The switch marks the first time the U.S. Army in South Korea has rotated its Patriot units at battalion size. Previously, it had deployed those battalions piecemeal, several batteries at a time.

Brigade officials have said the larger rotation will help sustain unit cohesion by keeping gunnery crews, supervisors and other battalion personnel together as a working team.

It also will help ensure all unit members are equipped, trained and managed so they&#8217;re ready for any deployment the Army may assign them, the officials have said.

After an onboard briefing from a U.S. Customs official, the troops came down their chartered plane&#8217;s boarding ramp wearing backpacks and battle uniforms and carrying their weapons.

Waiting buses took them to the battalion gym, where a covered basketball court was laid out with nine in-processing stations.

After identification, meal cards, medical records, immigration and other administrative matters were processed, the troops settled into their new barracks rooms at Suwon Air Base and south at Osan Air Base.