First of 3,200 Stryker soldiers arrive at Vilseck from Fort Lewis 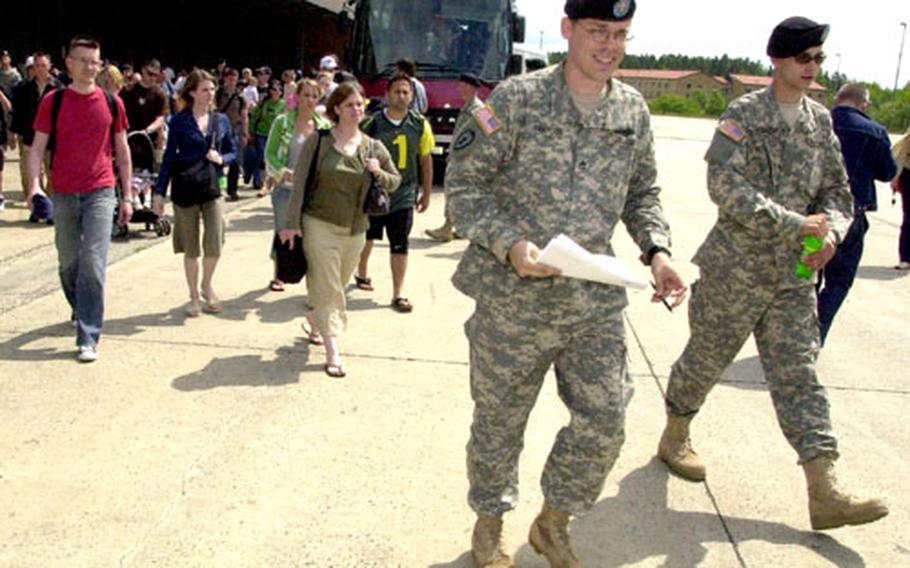 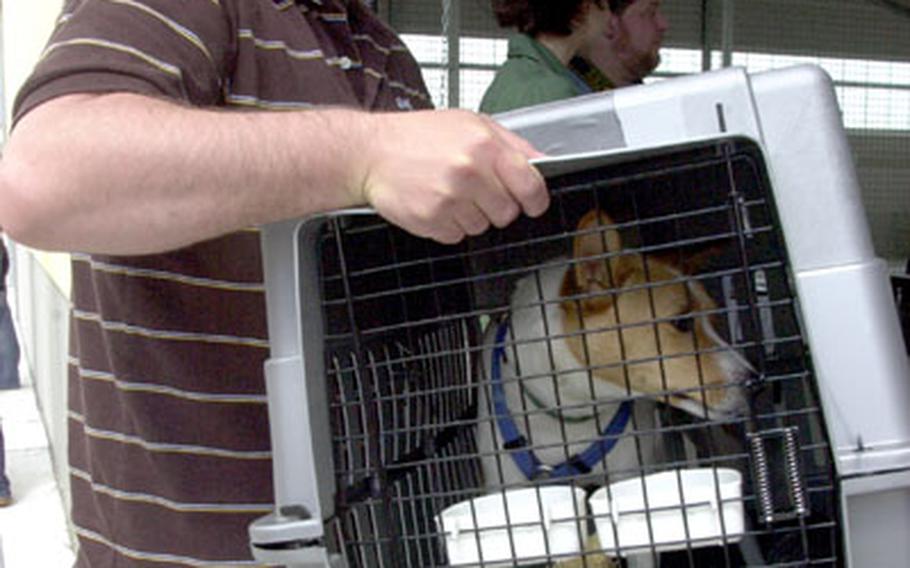 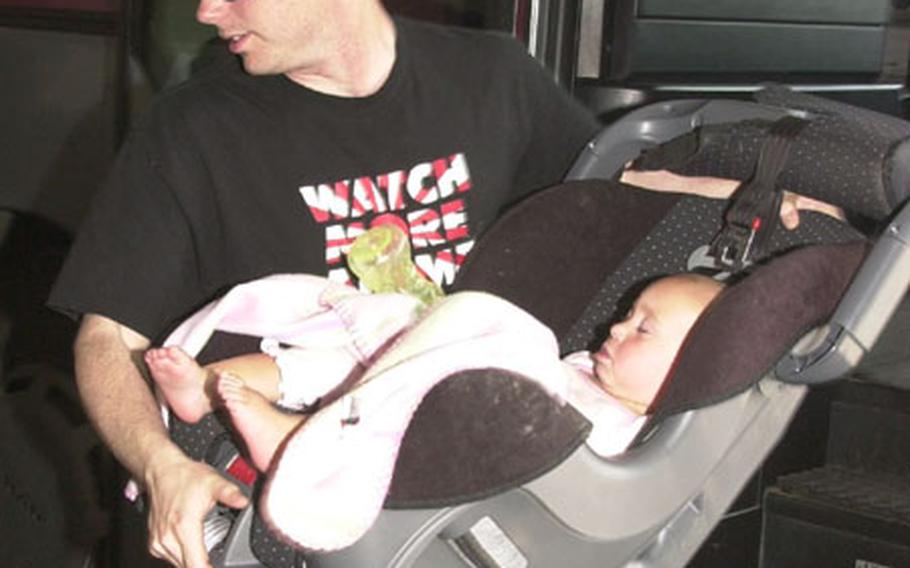 A soldier carries a child off the bus after arriving at Vilseck on Wednesday. (Seth Robson / S&S)

VILSECK, Germany &#8212; The first big influx of soldiers who will become the 2nd Cavalry (Stryker) Regiment arrived Wednesday, charged with paving the way for hundreds more who will arrive over the next month.

A total of 180 soldiers, accompanied by family members and pets, got off the bus at Vilseck after a 10-hour charter flight from Fort Lewis, Wash. Ultimately, the regiment will include 3,200 soldiers.

The soldiers still wore the patch of 1st Brigade, 25th Infantry Division, which is due to inactivate and reform as 2nd Cavalry next month.

Army public affairs officials blocked Stars and Stripes&#8217; efforts to interview the new arrivals and their families about the trip and their new home.

Maj. Jon Pendell, a spokesman for the Stryker brigade, said the regiment was concentrating on getting soldiers and families settled in after the long flight and that none would be available for interviews.

&#8220;Today they will get their keys and move into their quarters,&#8221; Pendell said, adding that the troops would spend two weeks adjusting to life in Germany before starting a reception operation to receive the rest of the unit.

&#8220;We are going to receive the brigade from Fort Lewis as they get here and at some stage we are going to get ready for training,&#8221; he said.

Staff from Grafenw&#246;hr traveled to Fort Lewis to help the Strykers prepare for Germany. For example, 2,400 U.S. Forces in Germany driver&#8217;s licenses were issued to soldiers from the unit who took tests at Fort Lewis, he said.

On their first day in-country the troops processed ID cards, updated financial, medical and dental records and were assigned quarters, he said.

&#8220;You have single soldiers going to the barracks and people directly assigned to quarters on post here at Vilseck and at Grafenw&#246;hr. Some are going to build-to-lease quarters off post and some are waiting on private rentals and staying at the Chrystal Inn (Vilseck&#8217;s on-post lodging),&#8221; Cooper said.

Eventually 107 2nd Cavalry families will be at Grafenw&#246;hr with the rest of the brigade at Vilseck, he said.

On Monday the new arrivals will go to the Headstart program to get acquainted with German language and customs, he said.

Vilseck&#8217;s community groups were looking forward to participation from the 2nd Cavalry soldiers and their families, Cooper said.