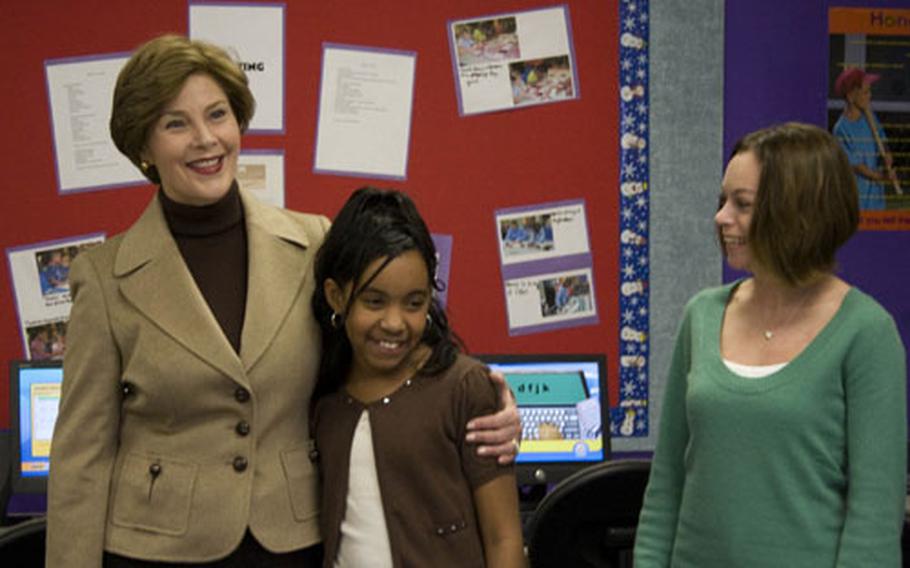 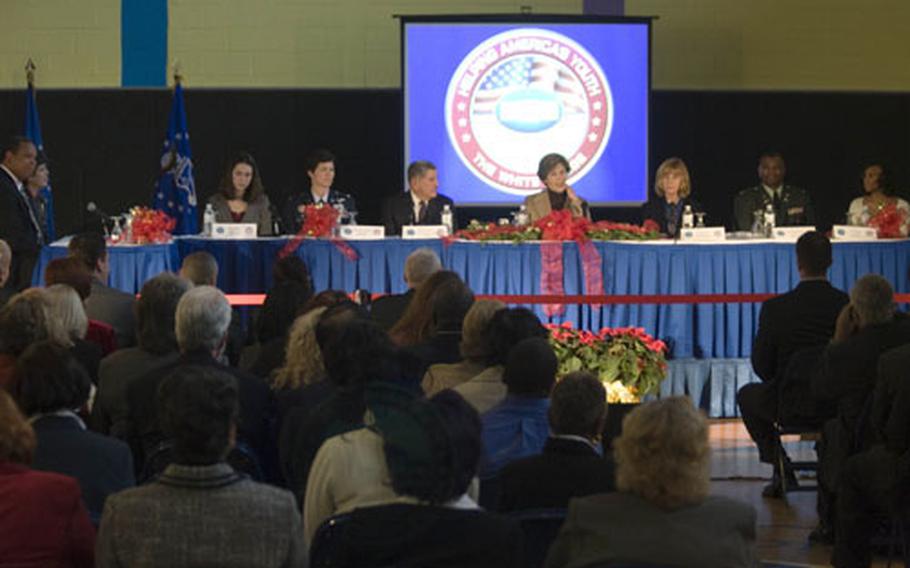 First Lady Laura Bush leads a panel discussion on special needs of military children and families at the youth center on Andrews Air Force Base. () 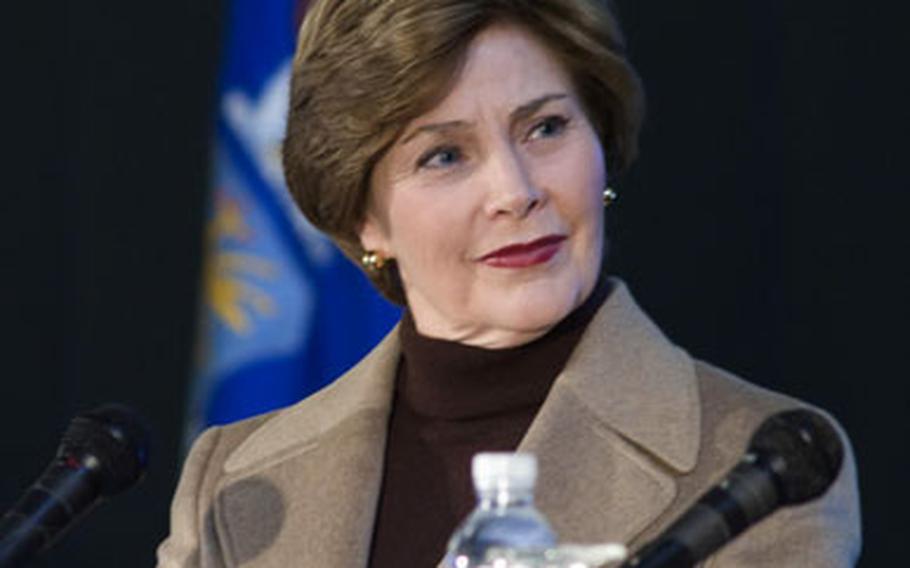 The discussion at the youth center was part of the president&#39;s Helping America&#39;s Youth program which Mrs. Bush leads. ()

ANDREWS AIR FORCE BASE, Md. &#8212; Brook Borelli took pictures of the dog, daily routines and invented holidays like Crazy Sock Day to send to her mother, Liz, an Air Force colonel, when she deployed in Iraq in 2006.

She and her younger brother even made a pact to sleep in his bunk beds every night their mother was away.

Borelli, 12, leaned on her family and peers who shared the same experience to cope with her mom&#8217;s absence.

The strain on children and families of deployed servicemembers brought first lady Laura Bush to Andrews Air Force Base on Wednesday to lead a roundtable discussion on the special needs of America&#8217;s military children.

After a tour of the youth center, Bush heard from military children, including Borelli, and leaders from youth organizations as part of the president&#8217;s Helping America&#8217;s Youth program.

&#8220;Military children, like their parents, have tough and important jobs,&#8221; said Dr. Stephen Cozza, a professor of psychiatry at the Uniformed Services University and associate director of the Center for the Study of Traumatic Stress.

Wartime stress needs to be identified and treated to make healthy transitions for all involved, he said. Children, families isolated from military bases &#8212; like those of reservists or National Guard members &#8212; and younger families with less military experience are particularly at risk. It&#8217;s important for military community programs and their civilian counterparts to recognize signs of stress, he said.

With a half-million kids with one or more parents deployed, Trautman said, it takes the entire military and civilian communities to reach out to military children.

Bush said military children are resilient from childhoods of moving and dealing with the fear and pride they have while their parents are deployed, but encouraged them to make use of available programming.

&#8220;We know that if children have caring adults in their lives, they&#8217;re more likely to make wise decisions for their own lives,&#8221; Bush said. &#8220;And when your parents are deployed, it&#8217;s really important that other caring adults have an opportunity to step in and help young people while their parents are away.&#8221;