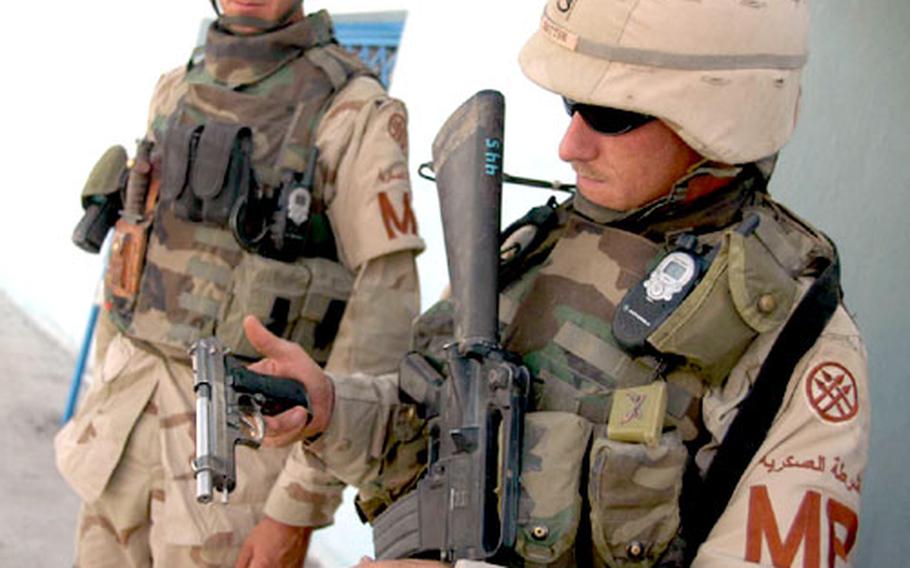 According to Staff Sgt. Dean Chatten of the 105th Military Police Company, 504th MP Battalion, the Americans have worked to retrain and re-equip the 62 Iraqi police.

Many of the Iraqis are former police officers and have basic police skills.

The unit&#8217;s current police vehicles were confiscated from Iraqis who had fired on coalition forces, and their weapons are ones that were collected during raids. So far the unit has three police cars and a full armory.

Chatten said that training has progressed well and the Iraqis have started patrolling and setting up their own security roadblocks. They expect to be fully operational around Nov. 1.

For their limited resources and time on the job, the Iraqis have had some successes.

&#8220;Last night, they found an [improvised explosive device] placed along the road,&#8221; Chatten said. The road is the main supply route from southern Iraq to Baghdad, and the police who found the IED probably saved lives.

He stopped at the station one afternoon last week with his two-Humvee patrol and met with Iraqi Col. Ali Fakree, one of the station&#8217;s senior officers. Fakree walked Chatten through most of the building&#8217;s rooms and cells, many of them freshly painted.

Chatten said that as the unit&#8217;s skills increase, they will assume a greater policing role.