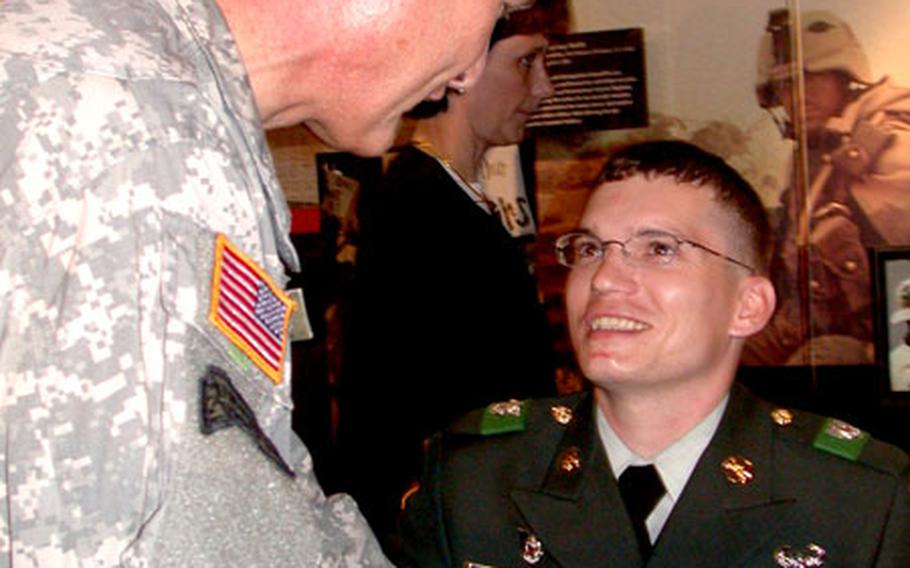 &#8220;These soldiers have earned the right to be Americans,&#8221; Schoomaker told the crowd assembled to honor the CAB recipients. &#8220;They have paid the price. They have walked the walk. They have served the nation. They stand for what the country stands for.&#8221;

Schoomaker approved the CAB on May 2 as a way to recognize any active, Reserve or Guard soldier who engages the enemy while serving in a combat zone.

Until the CAB was approved, only infantry, special forces, or medic soldiers had a special badge showing that they had personal combat experience.

The Combat Action Badge, which is open to all soldiers regardless of their military occupational specialty, &#8220;will go down in history as a very, very esteemed representation of the warrior ethos,&#8221; Schoomaker said.

The first five recipients are: