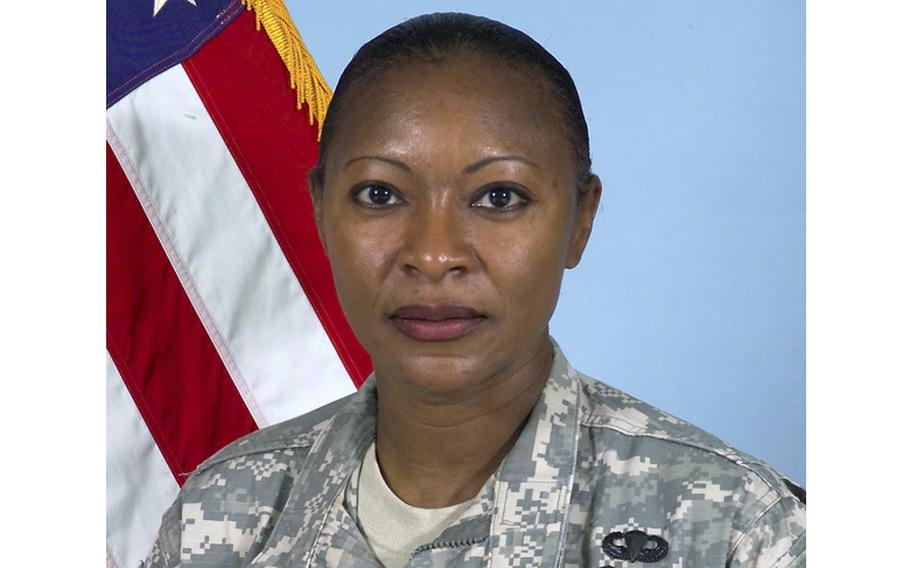 WASHINGTON &mdash; A personnel issue led to the suspension of the first woman to lead the Army&rsquo;s drill sergeant school, an official said Thursday.

&ldquo;Command Sergeant Major [Teresa L.] King has been suspended pending the outcome of an investigation,&rdquo; said Harvey Perritt, a spokesman for the Army&rsquo;s Training and Doctrine Command. &ldquo;The deputy commandant is acting in her stead.&rdquo;

Perritt said federal privacy law prevented him from releasing any details about what the personnel matter entailed. The decision was made by Maj. Gen. Richard Longo, the commander in charge of the Army&rsquo;s basic and advanced individual training.

King, 50, was appointed as the commandant of the drill sergeant school at Fort Jackson, S.C., in 2009 to the accompaniment of wide media attention. The daughter of a sharecropper who rose through the Army&rsquo;s enlisted ranks, King had earned a reputation among her troops for stern discipline and an iron-fisted attention to detail.

A 2009 New York Times story on her appointment depicted her yelling at a soldier who dared to walk on a Fort Jackson lawn.

King told the Times in 2009 that she hadn&rsquo;t been given a leg up for the Fort Jackson job because she is a woman, but said that as head of the school, she intended to promote more gender equity among drill sergeants.

&ldquo;When I look in the mirror, I don&rsquo;t see a female,&rdquo; King said. &ldquo;I see a soldier.&rdquo;