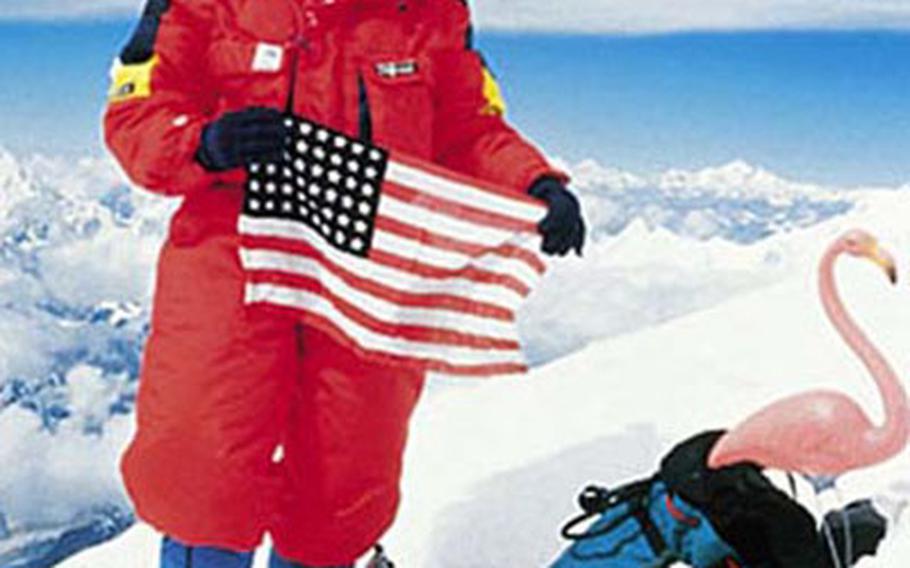 Buy Photo
The first American woman to reach the peak of Mount Everest, Stacy Allison, will visit several U.S. bases in Europe in the coming weeks. (Courtesy to Stars and Stripes)

Stacy Allison, the first American woman to reach the peak of Mount Everest, will be coming to Warner Barracks in Bamberg, Germany, to tell her story of ignoring limitations and striving to make dreams a reality.

Allison will present her inspiring life story April 5, at 9 a.m. at Bamberg&#8217;s Freedom Fitness Facility, and at 3:30 p.m. at the Child Youth Services OASIS youth facility, according to a public affairs news release.

The events are free and open to the public.

In 1988, Allison reached the peak of the world&#8217;s highest mountain. After working the mountain for nearly a month, she managed to reach the summit. Allison also has lead expeditions to Everest&#8217;s second-highest peak.

But before raising her arms in victory atop the mammoth man-killing mountain, Allison sustained the fury of the elements. On her first try up, she and her team were trapped in a snow cave for five days at 23,500 feet and had to abandon their efforts.