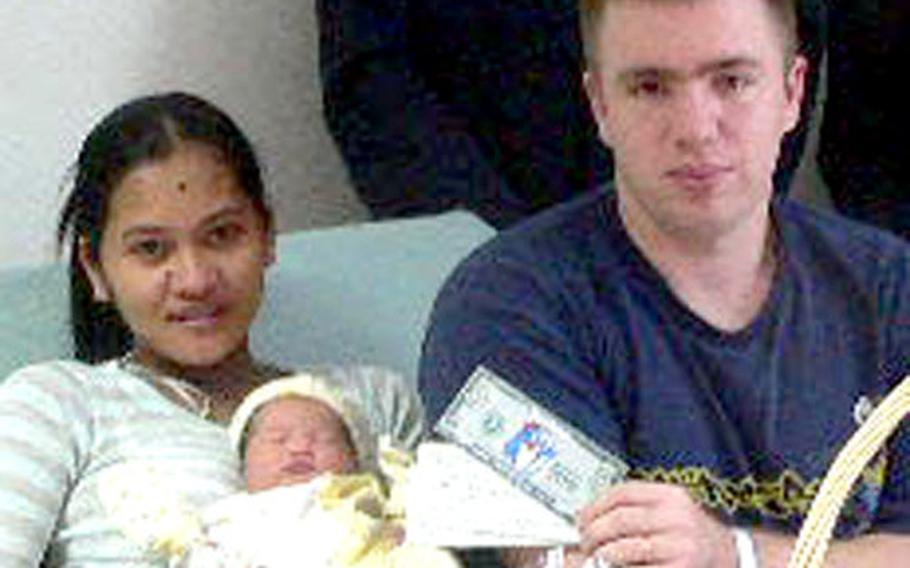 Mia&#8217;s parents are Lt. Col. Christopher Nash, who is attached to the III Marine Expeditionary Force, and Mari Nash, a supervisory special agent at the Naval Criminal Investigative Service. Mia joins an older brother, Luke, who is 4.

In South Korea, the new-year baby waited until 29 minutes into Jan. 2 before making an appearance. Angela Lynn Abbott weighed 7 pounds and measured 21&#188; inches at birth, according to a 121st Combat Support Hospital spokesman. Her parents are Sgt. Robert and Arlyn Abbott. Sgt. Abbott is with the 1st Battalion, 72nd Armor Regiment at Camp Casey.