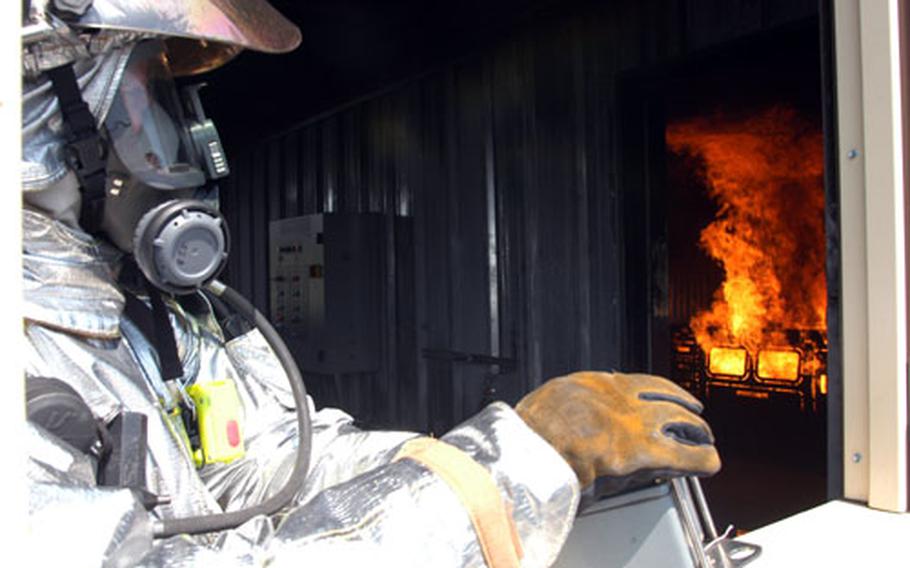 With the turn of a knob, Staff Sgt. Kevin Wasiewski, a crew chief with the Misawa Air Base, Japan, fire department, regulates the intensity of a propane-fueled fire inside the department’s structural trainer during a firefighting workshop Wednesday. (Jennifer H. Svan / S&S)

With the turn of a knob, Staff Sgt. Kevin Wasiewski, a crew chief with the Misawa Air Base, Japan, fire department, regulates the intensity of a propane-fueled fire inside the department’s structural trainer during a firefighting workshop Wednesday. (Jennifer H. Svan / S&S) 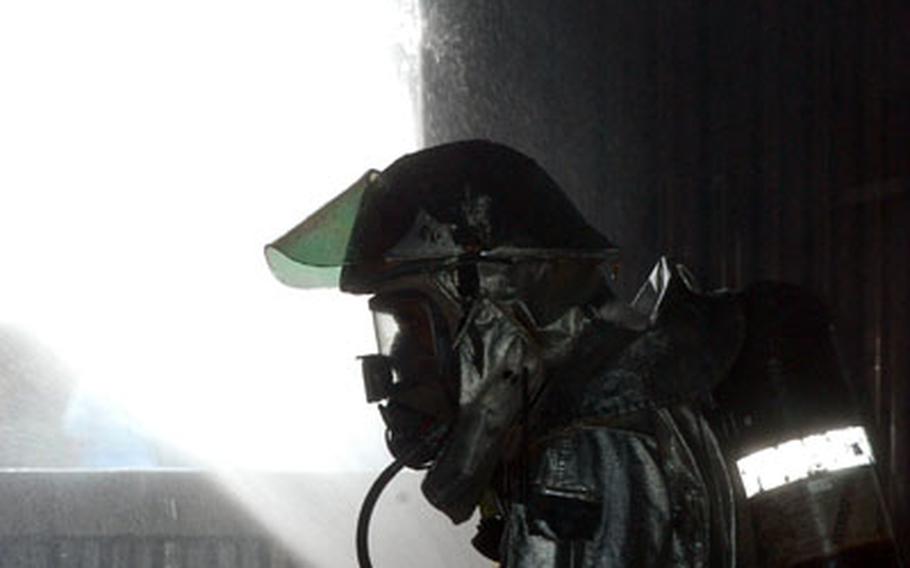 A Misawa Air Base, Japan, firefighter hoses down the smoky remnants of a 600-degree blaze in a structural trainer Wednesday. (Jennifer H. Svan / S&S) 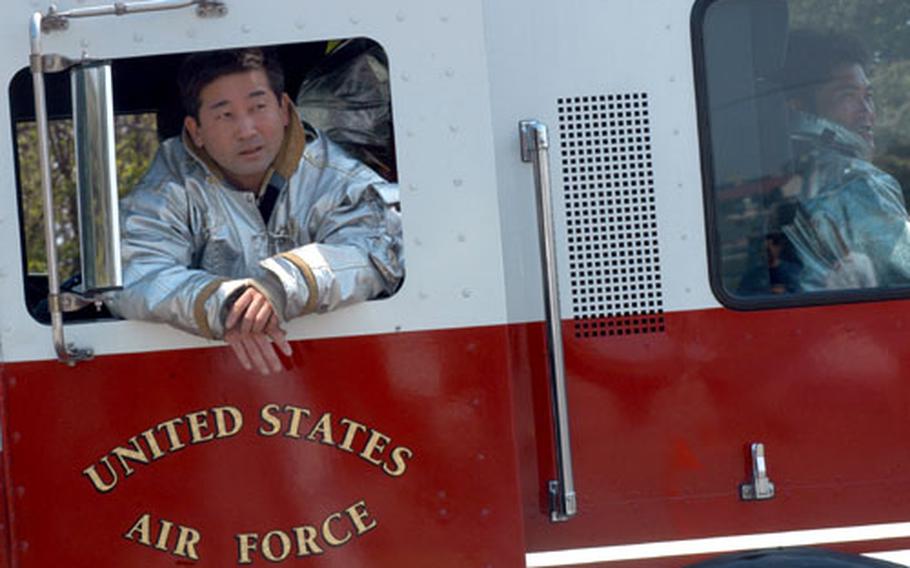 Kunihiko Tainaka, a master labor contract firefighter at Misawa Air Base, Japan, rests and watches from inside a U.S. Air Force fire truck during training Wednesday. Japanese firefighters make up the bulk of some U.S. military fire departments in Japan and Okinawa. (Jennifer H. Svan / S&S) 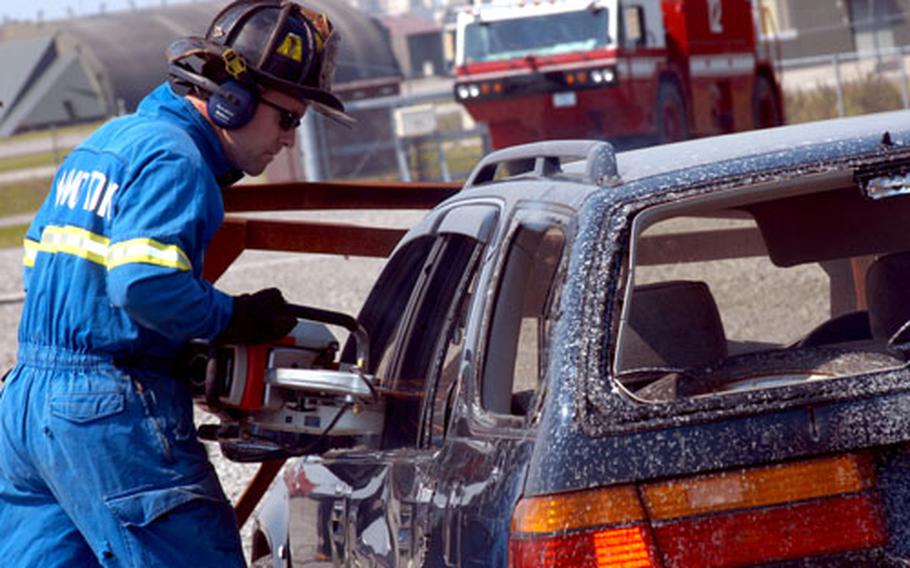 Brian Livingston, a civilian from Seattle, cuts through a car with a rotary circular saw during a firefighters’ workshop at Misawa Air Base, Japan, on Wednesday. (Jennifer H. Svan / S&S)

The gathering at the Misawa fire department&#8217;s training grounds was part of the 23rd annual Japanese master labor contract firefighters&#8217; conference. Defense Department fire chiefs were joined by their senior Japanese counterparts who help staff base fire departments throughout the region.

The morning outdoor session with about 50 people lacked little in special effects. Misawa firefighters put out two bright-orange blazes &#8212; in their aircraft trainer and in a new facility that can sizzle inside to 600 degrees or more &#8212; to simulate structural fires. In between the burns, the decibel level prompted ear-plugging as vendors ripped through cinder blocks and automobile doors with the latest in life-saving, power-tool technology.

Getting on the same page can be a challenge, however, considering policies differ some among services. And then there&#8217;s the added component of Japanese master labor contract (MLC) firefighters, who make up the bulk of firefighting at some bases.

Russ Tarver, regional fire chief for Commander, Naval Forces Japan, said of the 500 Navy firefighters throughout Japan, 10 are DOD employees, the rest are MLC. In the Air Force, however, 60 percent of fire departments are active duty, he said.

According to Mark Lawler, the civilian fire chief at Yokota Air Base, some of the key issues discussed at the workshop included:

n Emergency Medical Services: In the Air Force, hospitals or medical groups are responsible for emergency medical response, but the Air Force is considering moving that function to fire departments.

CNFJ fire crew is No. 1 again

YOKOSUKA NAVAL BASE, Japan &#8212; Commander, Naval Forces Japan&#8217;s Regional Fire Department recently was named the Navy Large Fire Department of the Year for 2006 &#8212; the third time in four years the department has won the award.

&#8220;Every member of this fire department has set themselves apart by focusing on host-nation relations, public education and prevention in an effort to reduce fire loss and improve the safety of those who reside both on and off base,&#8221; wrote Regional Fire Chief, Japan Russ Tarver in his nomination package for the Navy Fire Department of the Year award.