Fire academy is ‘just the beginning’ of career in firefighting 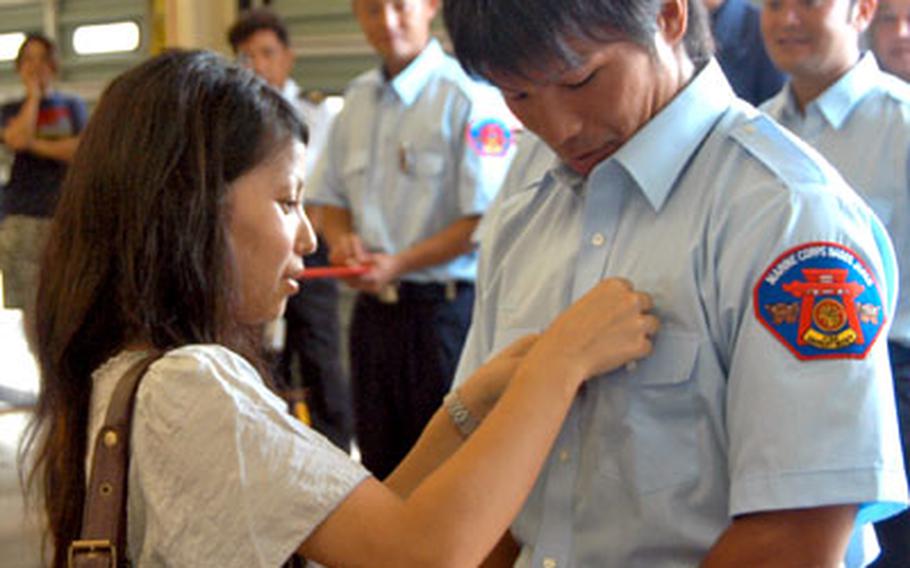 Yuki Harata is pinned by his wife, Nao, at his fire academy graduation ceremony Monday at Camp Foster. Each cadet was presented with a badge, name plate and a certificate. (Natasha Lee / S&S)

Yuki Harata is pinned by his wife, Nao, at his fire academy graduation ceremony Monday at Camp Foster. Each cadet was presented with a badge, name plate and a certificate. (Natasha Lee / S&S) 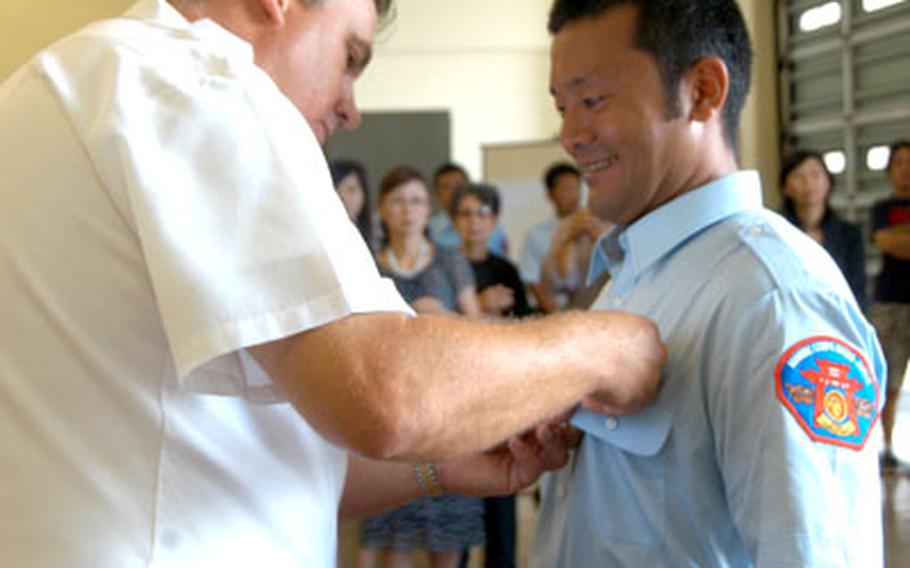 Miura and eight other Japanese cadets graduated from the Marine Corps Bases Japan Fire Academy on Monday. Two fire captains from Torii Station also completed the schooling. Miura said his excitement as a new firefighter is shaded with a little anxiety.

Graduates were presented their badges and name plates in a pinning ceremony at Camp Foster&#8217;s fire station headquarters.

"This was just the beginning of what you&#8217;re going to learn in your career, things will get a lot harder from here out," he said. "Every day as a firefighter you will learn something new."

Fire stations on the installations are manned with a combination of Department of Defense civilian firefighters and Japanese locals.

Nine cadets were chosen from 100 applicants. They were the first to be selected through a process that included a standardized written test and an agility test that included climbing a 100 foot-tall aerial ladder and a confined space crawl, similar to testing done in the States. Previously, candidates were chosen based on work experience and certifications in needed areas like lifeguard training, Johnson said.

Camp Foster firefighters respond to more than 3,000 calls a year &#8212; nearly half of those are for medical assistance, said John Arakaki, battalion chief of training. Johnson said cadets are pushed hard in the academy.