Finnish troops wrap up mission as peacekeepers in Bosnia 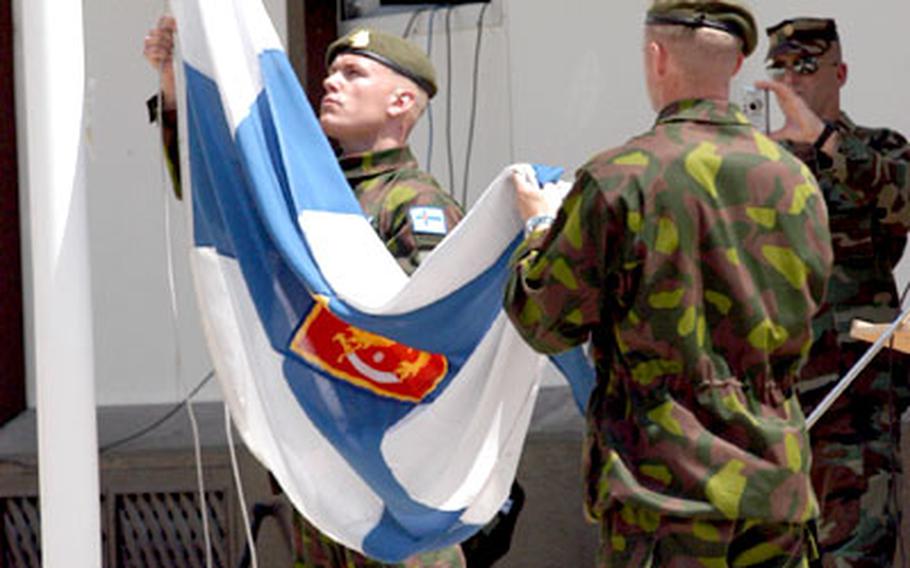 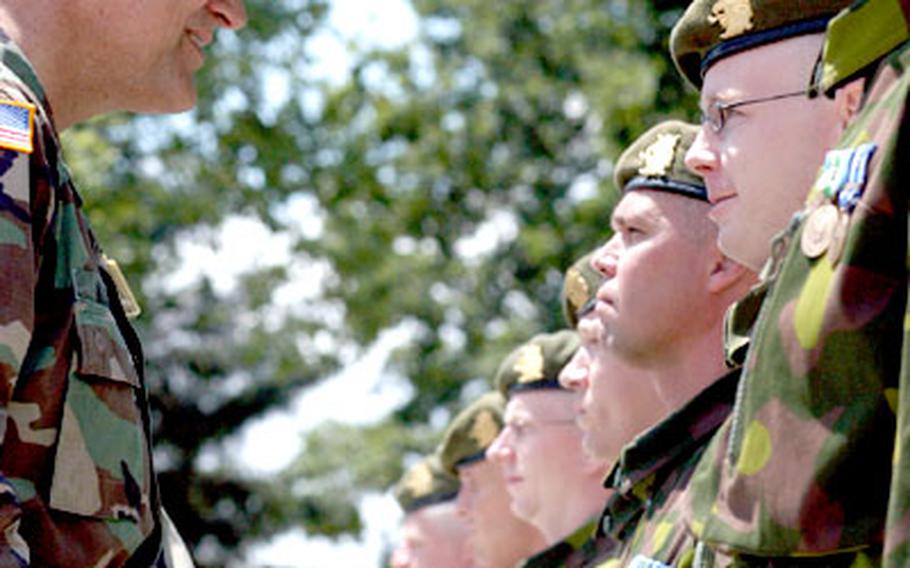 EAGLE BASE, Bosnia and Herzegovina &#8212; With a dignified departure ceremony Monday, Finland closed the book on its first NATO mission.

A battalion-size Finnish force joined about 60,000 international troops in 1996 to bring peace to a country that had gone through almost four years of bloodshed.

The violence ended soon after, but the task of rebuilding the country and returning hundreds of thousands of refugees was ahead of the peacekeepers.

While many former residents still wait to return, many others wake up in their prewar homes every morning.

&#8220;For a small country, we have so many commitments ongoing in the world,&#8221; said Col. Kari Pohjala, the departing commander of the Finnish troops in Bosnia. &#8220;I think we have to reduce and withdraw from some missions.&#8221;

Finnish troops now are involved in NATO, European Union and U.N. missions around the globe. The Finnish president, Tarja Halonen, made the decision to withdraw from Bosnia in December last year.

As the Finnish force reduced from battalion size to a company, its role changed, too.

From an engineering battalion of about 500 members working from Doboj in the western part of Multinational Brigade North, the Finnish troops switched to infantry units with their own area of responsibility. They downsized to 120 members in January 2000, and at the end of that year moved to Eagle Base to take over the Civilian Military Cooperation role.

During the 2&#189; years since then, the troops implemented 146 projects at a cost of more than 2.8 million euros, funded mostly by the European Union and the Finnish Ministry of Foreign Affairs.

The job of the Finnish troops included meeting and coordinating with the international community, conferring with Bosnians returning to their prewar homes and with local officials discussing the needs and issues of the local population, said 2nd Lt. Antti Merilehto.

&#8220;What is characteristic of all our projects is that they supported sustainable returns,&#8221; he said.

The troops also helped build homes, bridges, roads, schools and water systems. Plaques all over northeastern Bosnia on those construction projects testify to their work.

&#8220;I know of no other nation that has singly contributed not only to the peace, but the restructuring, of this nation in such a unique way,&#8221; Brig. Gen. James Mason, commander of MNB North, said during Monday&#8217;s ceremony.

Mason, a member of the Kansas National Guard, awarded 15 of the 60 Finnish soldiers the Kansas Commendation Ribbon and Kansas Meritorious Service Ribbon.

U.S. civil affairs teams will take over the jobs the Finnish troops did. The two groups worked together closely before the Finnish departure, said Capt. Jarmo Vilo, the executive officer for the Finnish Contingent.