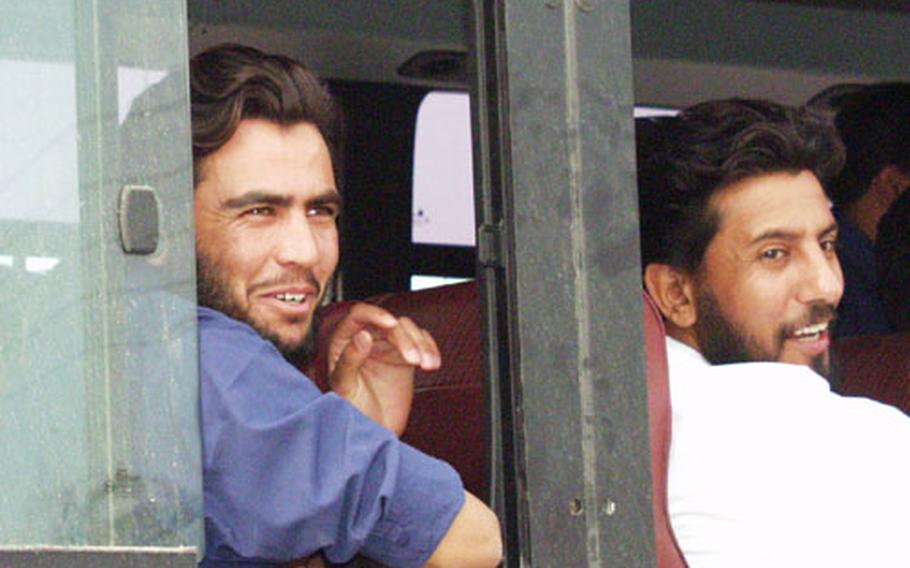 Former detainees from the Abu Ghraib prison smile from a bus while waiting to disembark after being driven from the prison to their public release on Sunday. (Ward Sanderson / S&S)

Former detainees from the Abu Ghraib prison smile from a bus while waiting to disembark after being driven from the prison to their public release on Sunday. (Ward Sanderson / S&S) 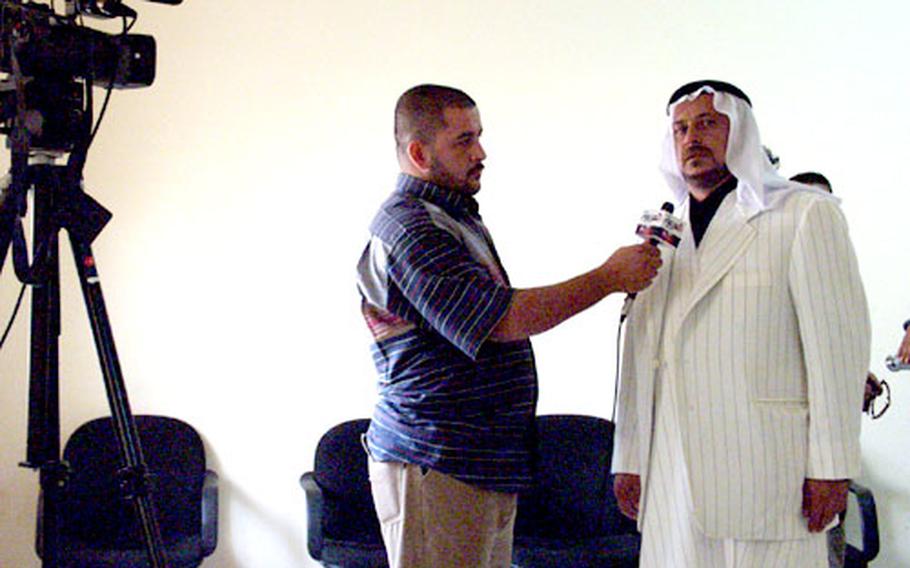 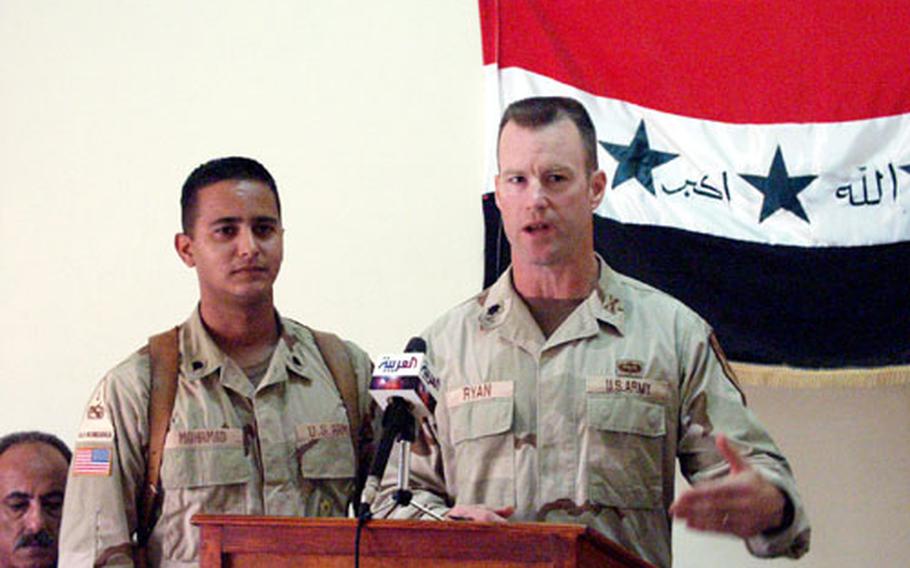 FORWARD OPERATING BASE HAWK, Iraq &#8212; The new Iraqi government will now be the local liaison for prisoner releases from Abu Ghraib.

It&#8217;s not because Americans are smarting over the abuse scandal, but because of politics &#8212; local custom requires someone from the community to publicly receive the prisoners.

On Sunday, about 250 people were released, nearly 100 of them back into Baghdad.

The largest group was bused from the prison to this joint American and Iraqi National Guard outpost outside Baghdad where they walked into the open arms of Pusho Ibrahim, Iraq&#8217;s deputy minister of justice. His visit was a first.

The prisoners were men, most appearing in good shape and spirits.

They poured from buses, one of them fringed around the windows like a flying carpet.

One man on crutches needed help off of his bus. Another had a bandage over one eye.

One or two spoke eagerly with Ibrahim. Many shook his hand as briefly as possible. A fair number brushed past the deputy minister in a hurried snub.

The U.S. military has been releasing prisoners since spring. About 1,200 were released in September alone. But Ibrahim&#8217;s appearance marked something more than just good will.

The military once released prisoners with no fanfare, just taxi money. The Iraqis expected some sort of reception.

A sheik would shake hands with freed detainees, and ensure the person&#8217;s good behavior.

The arrangement gave prisoners someone important to welcome them, plus societal pressure to behave.

Ryan didn&#8217;t want a national-level sheik for the job in his sector. &#8220;They have influence, but the kind of influence a senator would have on your neighborhood,&#8221; he said.

He looked around and found Sheik Husham, a tribal leader right from the Abu Ghraib area.

Earlier this month, though, the military decided that the Ministry of Justice should play the biggest public role.

Husham allegedly appointed himself, on television, the door through which any and all prisoners should seek freedom.

The military had been furnishing Husham with the names of those up for release.

Husham would then allegedly contact their families and demand money to free them, said Capt. Joseph James, spokesman for the 2-12.

The truth was that a council made up of members of the multinational military force and government ministries already had decided the person was to be freed, sheik&#8217;s blessing or not.

Other options considered as the Iraqi public representative were not much better. The choice turned out to be between &#8220;shady and shadier,&#8221; Ryan said.

Ibrahim&#8217;s appearance came as a surprise to the sheik.

The U.S. military said the sheiks would still guarantee detainees&#8217; behavior. But sheiks will now have to go through the Ministry of Justice, not the Americans, to do it.

At Sunday&#8217;s release, Husham appeared in a white Arab suit, with a flowing pinstriped and matching headdress. Ryan later explained through a translator that he wouldn&#8217;t be speaking today.

Husham still sat up front, though farthest away from the podium. He watched as the ministry took the microphone instead.

&#8220;There is room for community leaders of every type to welcome detainees back to their homes,&#8221; Johnson explained.

A local reporter asked why Iraqis couldn&#8217;t just go to Sheik Husham, as no one trusts the government or would enter a ministry building.

Johnson said people could still talk to whomever they wanted.