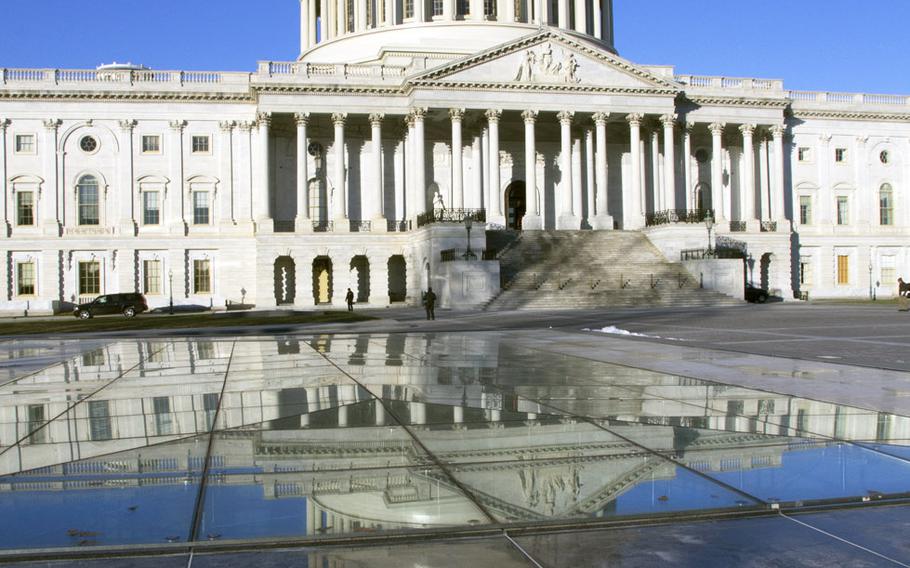 WASHINGTON — In the end, it wasn’t difficult at all.

Despite gloomy predictions and doomsday scenarios, the Senate voted 84-15 on Thursday night to approve the nation’s annual defense bill, after only a day and a half of debate. The vote sends the $632.8 billion National Defense Authorization Act to President Barack Obama’s desk, just a week after the House stamped its own overwhelmingly bipartisan vote on the deal, 350-69.

Passage of the NDAA had been highly uncertain, given a long list of priorities facing Congress, a dwindling number of days to address them and a contentious debate over rules in the Senate. House and Senate leaders agreed last week to expedite the bill’s process, however, and Senate Majority Leader Harry Reid, D-Nev., had banned almost all amendments to avoid prolonging debate.

Nearly 30 provisions to reform the military’s justice system for sexual assault cases are in the bill, although more could be coming next year. Sens. Claire McCaskill, D-Mo., and Kirsten Gillibrand, D-N.Y., both members of the Senate Armed Services Committee, had been locked in a legislative battle over the best possible reforms — Gillibrand wanted to remove prosecutorial decisions from the chain of command, while McCaskill stopped short of that. Pentagon officials had strongly opposed Gillibrand’s proposal, and ultimately, neither McCaskill nor Gillibrand saw their proposals in the final bill.

Still, McCaskill hailed the bill’s “historic, comprehensive” reforms. They include stripping military commanders of the ability to unilaterally overturn sexual assault convictions, making law a policy decision made earlier this year by Defense Secretary Chuck Hagel. It also provides more protections for victims, such as assigning them their own independent legal counsel and reforming how accusers are treated in pre-trial hearings. Retaliation against accusers is also prohibited, and the statute of limitations in rape and sexual assault cases has been eliminated.

“We all recognized the crisis that sexual crimes represent to our servicemembers, and we pursued reforms that would encourage survivors to report these assaults, lead to more prosecutions, and put these perpetrators behind bars,” said McCaskill, a former prosecutor.

“The overwhelming majority of these reforms were met with near-consensus, but there were also areas of spirited disagreement — areas that often received a big share of the spotlight. What received less attention was the incredible dedication and tenacity with which Congress approached this work. Washington is often characterized as ‘broken,’ and too often that characterization is true. But this issue should give us all optimism that we can work together to find serious solutions to tough problems.”

Senate Armed Services Committee Chairman Carl Levin, D-Mich., had pushed hard to fast-track the defense bill, noting the jeopardy that special pay provisions were in. Like McCaskill, he said Congress proved that it can work together when necessary.

“The Senate vote is a strong bipartisan statement that, despite our differences, we can come together and accomplish important business for the good of the country. This bill ensures that important pay and benefits, including combat pay, will continue; includes powerful and important new tools in our fight against military sexual assault,” Levin said.

According to the Pentagon’s own estimates, some 26,000 members of the military were assaulted last year alone, but many more decided against making accusations out of fear of reprisal.

“As I and all the leaders of this institution have said, sexual assault is a stain on the honor of millions of military men and women, a threat to the discipline and the cohesion of our force, and we will not allow this to stand,” he said. “This is not who the men and women who serve this country are.”

The bill’s provisions regarding the U.S. military prison at Guantanamo Bay, Cuba, eased restrictions on how detainees can be transferred to other countries. However, it preserves a House ban on any money that can be used to transfer them to the U.S.

The bill does not include any sanctions against Iran. The White House had been pressuring Congress to resist such a step, given the delicate nature of ongoing negotiations.

The bill also contains a 1 percent pay increase for servicemembers, continues funding for the war in Afghanistan and blocks military base closings for at least the current 2014 fiscal year.