Filmmaker to bring stories of ‘military brats’ to South Korea 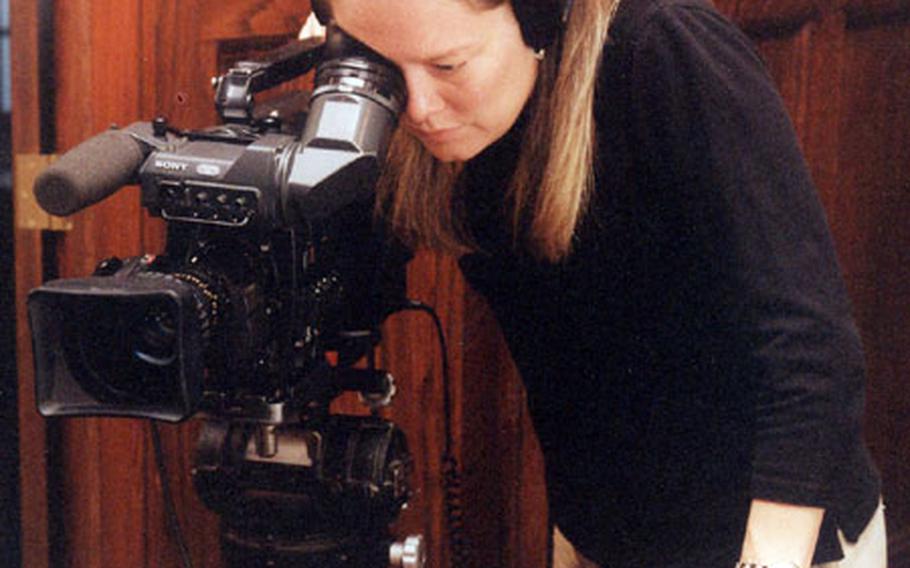 Filmmaker Donna Musil works on her documentary “Brats: Our Journey Home" in this undated photo. (Courtesy of Donna Musil)

Film producer Donna Musil will make a long &#8220;journey home&#8221; Monday, returning to South Korea for the first time in more than 30 years.

Like many of her classmates, she was used to moving with her father&#8217;s new duty assignments; she had lived at 11 different locations, including Germany, Ireland, Copenhagen and Paris, by the time her father died when she was 16. Her family then returned to Columbus, Ga., where she finished high school.

She said she learned that she wasn&#8217;t like all the other people she was surrounded with upon her full-time return to the States.

Musil said she was inspired to make the film after reading the book &#8220;Military Brats: Legacies of Childhood Inside the Fortress,&#8221; by author Mary Edwards Wertsch, and later by finding long-lost friends and holding an impromptu &#8220;brat&#8221; reunion with them.

She realized how much they had in common because they had gained a &#8220;sense of mission&#8221; and adventure in their military upbringings. She said polls show brats, herself included, have a hard time committing to things and often &#8220;don&#8217;t connect completely&#8221; with others.

&#8220;It just started this whole process of discovery about who I was and where I belong,&#8221; she said of her journey into her background.

She said she believes brats ranging from ages &#8220;17 to 70&#8221; will relate to the film, especially those who have faced the challenge of adjusting to life outside the military community.

The film was financed primarily by donations from fellow brats &#8212; both in cash donations and volunteer services, such as Web design and narration.

Singer-songwriter and Air Force brat Kris Kristofferson narrates the film, according to information available on http://www.bratsourjourneyhome.com.

Musil said she hopes to have a large audience for free screenings of her film in Seoul and Daegu, but she cautions parents against bringing children under 13, saying the film addresses complex emotional issues and subjects such as rape and post-traumatic stress disorder.

She has shown the film at U.S. Department of Defense schools and brats reunions for the past two years, and she says reactions are divided, with some saying the film is too negative while others feeling it is too positive.

Musil said she hopes fellow brats will take a sense of community from the film, and she hopes those who didn&#8217;t grow up in the military will gain some understanding.