Film inspired by rape of Okinawa girl by U.S. troops In "The First Breath of Tengan Rei," a woman raped on Okinawa 10 years ago kidnaps the 16-year-old son of one of her attackers. (Courtesy of Ed M. Koziarski)

In "The First Breath of Tengan Rei," a woman raped on Okinawa 10 years ago kidnaps the 16-year-old son of one of her attackers. (Courtesy of Ed M. Koziarski) 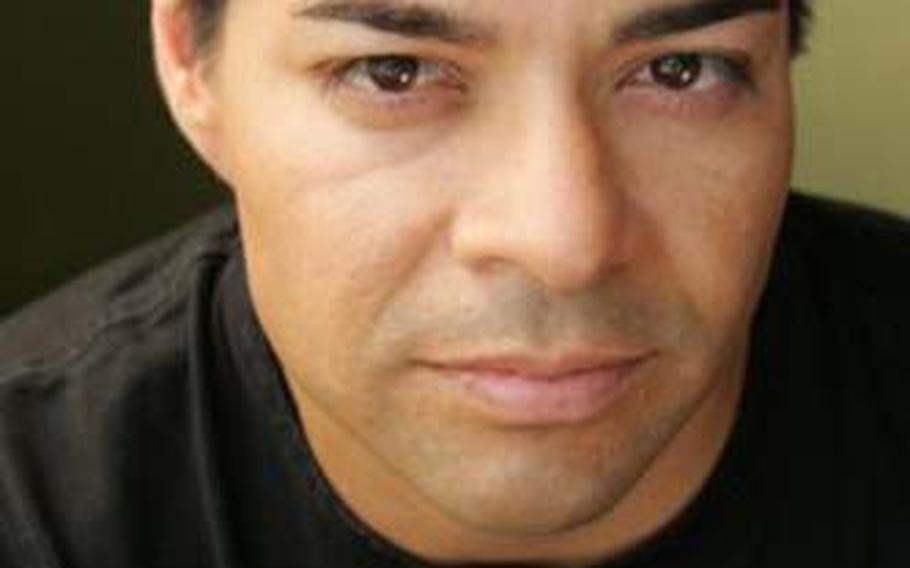 Ric Arthur plays one of two Marines who abduct and rape an Okinawan schoolgirl in "The First Breath of Tengan Rei," an independent film loosely based on a 1995 incident on Okinawa. Arthur was a Marine training on Okinawa during the time two Marines and a Navy medic were tried for the crime in a Japanese court. (Zoe MacKenzie Photography)

That&#8217;s the tagline for "The First Breath of Tengan Rei," a new independent film that focuses on an Okinawa woman who travels to Chicago to confront two Marines who abducted, raped and left her for dead a decade ago.

And if the story line sounds familiar, it should. The directors loosely based some of the plot on a 1995 incident that gained international notoriety and drew thousands of anti-base protesters to the streets.

In that case, two Marines and a Navy corpsman from Camp Hansen abducted a 12-year-old schoolgirl from the main street in Kin and took her to a beach &#8212; her hands tied and her eyes and mouth duct-taped shut &#8212; where she was beaten and raped.

Two of the men were sentenced to seven years and the third to 6&#189; years of hard labor in a Japanese prison.

The girl&#8217;s family later moved from Kin, and she has not been heard from publicly since. "Tengan Rei" examines what could have happened 10 years later.

In the movie, the girl was 16 when she was abducted, and now &#8212; at 26 &#8212; she journeys to Chicago with an unclear intent, perhaps only to find out what happened to her assailants after they were released from prison and to make sure they know how the incident scarred her for life.

But her search leads her to kidnap the 16-year-old son of one of the Marines, and the tale turns to one of redemption and reconciliation.

"Tengan Rei" is the first feature-length film by writers and directors Ed M. Koziarski, a native of Chicago, and his wife, Junko Kajino, originally from Nagano, Japan. It had its premiere showing in November at the Gene Siskel Film Center in Chicago.

Koziarski said the film, financed by backers in the United States and Japan and made for "under a million dollars," next will be screened at an international film festival in India and then at a return engagement in Chicago.

Arrangements also are being made for distribution in Japan and major U.S. cities, he said.

A DVD should be released early next year.

It was filmed on Okinawa and in Chicago in 2006 and 2007. The Okinawa scenes took place on the tiny Yagaji Island, the site of a former leper colony located north of Nago, Okinawa.

The film stars Okinawa-born actress Erika, who had to learn English almost from scratch to play the part of young Tengan Rei.

"We thought a part like this must be played by an Okinawan actress, and we found Erika, who has starred in some Japanese movies, TV and advertising," Kajino said in a telephone interview from their Chicago home. "She really prepared and was connected to the part. She played it with her body and her heart."

After a preview on Okinawa last summer, some anti-base activists said the movie should have made a stronger case against the U.S. military presence on the island. Kajino said that&#8217;s not what their project was about.

"A lot of people wanted us to express strong political issues, but as filmmakers we are more interested in telling compelling stories," she said. "We want to take the viewer on a personal journey, get them to ask their own questions."

Koziarski said they approached the political issue of the military occupation of more than 20 percent of the main island of Okinawa in a "deeply intimate and personal way, challenging audiences to find their own answers to the questions the film raises."

In preparation for the film, Kajino made several research trips to Okinawa to explore the distinct culture of the Okinawan people and get their perspectives on the base controversy and the social stigma attached to victims of sexual assault and rape.

"This was something in the back of my mind for a long time," she said. "Women who are attacked tend to be silent; they try not to talk about it. I wish the environment would change, that women would be more open and break the stigma."

One of the messages Kajino wanted to convey in the film was how such crimes affect both sides &#8212; the perpetrator and the victim.

She said that talking with Okinawans and American servicemembers "changed my way of looking at soldiers 180 degrees."

"They are isolated, too, and feel disconnected," she said. "Though the two cultures live side by side, there are still walls."

In the film, Rei tells the kidnapped boy the truth about the rape and his father&#8217;s long absence from home during his tour in Japan. The boy, Paris, had believed his father had served time in the brig for disrespecting an officer.

After the two Marines raped her, she was left for dead on the beach at the water&#8217;s edge and was swept to sea by the incoming tide. She struggled to the surface and took her first breath in her new life as a victim.

"I thought the ocean was cleaning me and taking away the stain they put in me," she tells Paris. "But the stain was still there. It never goes away."

The directing team had asked if the movie could be screened on base in Okinawa. It would be something the military might want to show newcomers to the island, Koziarski said.