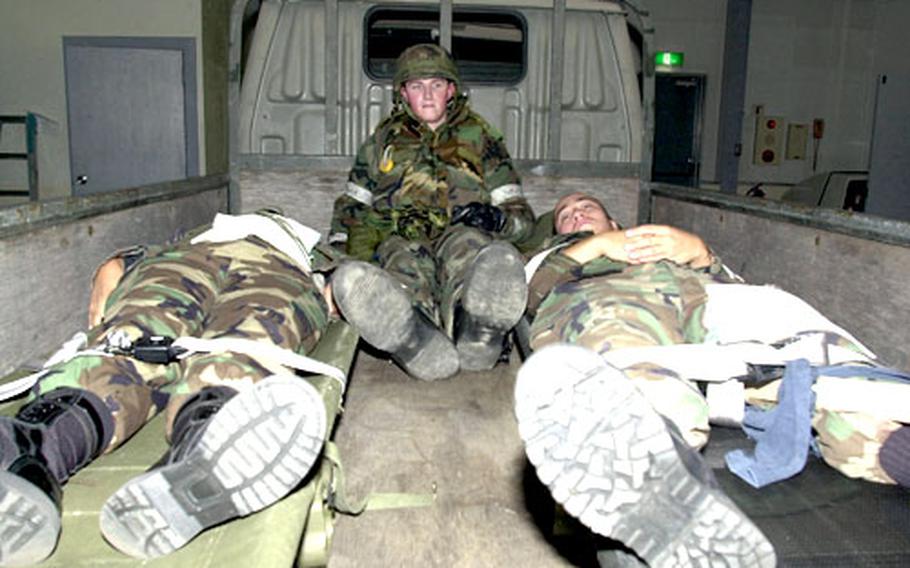 Airman Joshua Nyenhius waits for transport in the bed of a pickup with "victims" Airman Basic Natasha Bowen and Airman 1st Class Brian Carroll during the exercise at Misawa. (Jennifer H. Svan / S&S)

Airman Joshua Nyenhius waits for transport in the bed of a pickup with "victims" Airman Basic Natasha Bowen and Airman 1st Class Brian Carroll during the exercise at Misawa. (Jennifer H. Svan / S&S) 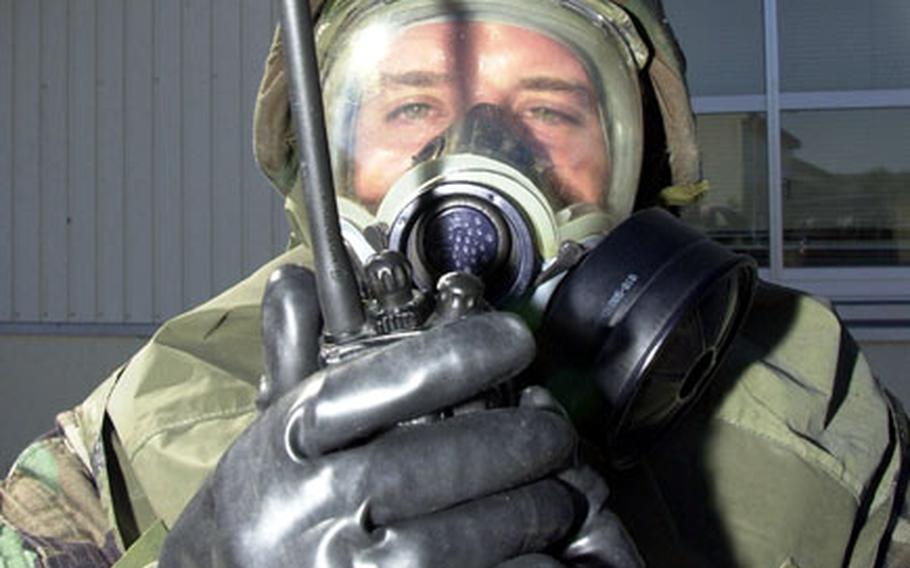 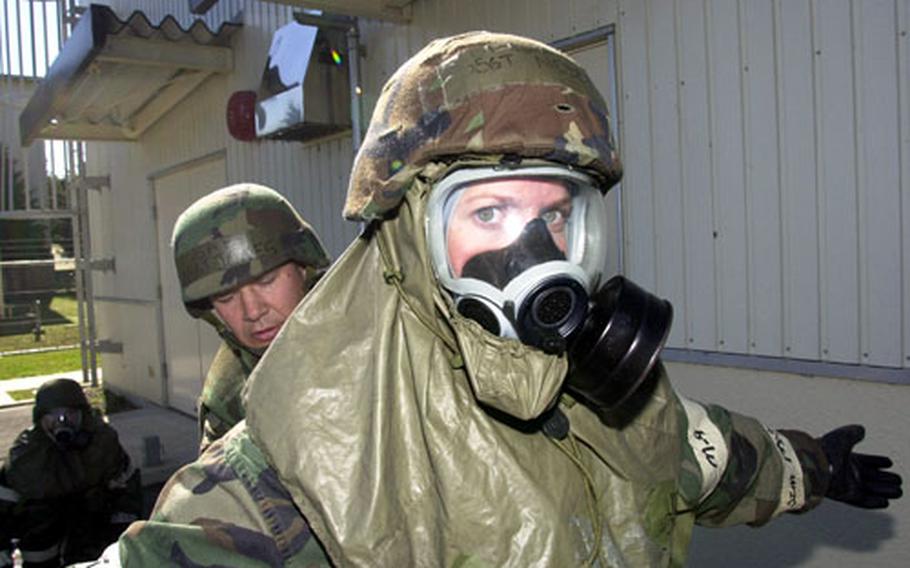 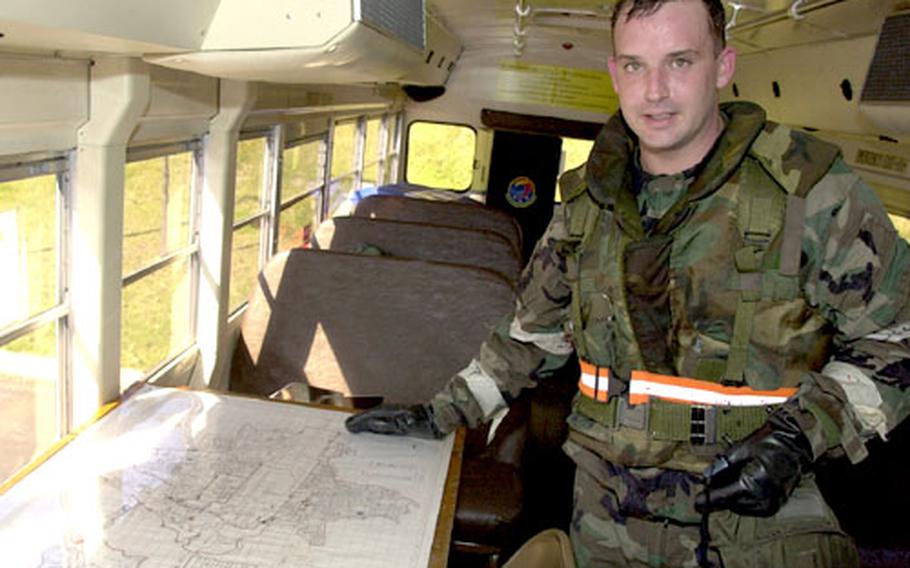 MISAWA AIR BASE, Japan &#8212; The &#8220;giant voice&#8221; rumbles over the intercom in the wee hours before dawn. Countless airmen are awake, heeding the call to don their chemical masks and black rubber gloves. The 35th Fighter Wing hasn&#8217;t slept much lately.

The wing went into exercise mode Oct. 1, marking the final and most intense training in preparation for its first Operational Readiness Inspection. From Oct. 20 through Oct. 27, a Pacific Air Forces team of more than 100 inspectors will evaluate its ability to deploy and receive troops, as well as defend its home station from a fictional deployed location.

PACAF, several years ago, changed its inspection format: The previously separate Combat Employment Readiness Inspection and the Initial Readiness Response Inspection were rolled into one. Now, PACAF bases undergo an Operational Readiness Inspection about every 45 months. Misawa has the advantage of learning from other bases, such as Yokota Air Base, which already have been put through the intense review. PACAF draws augmentee inspectors from across the Pacific, including Misawa, to help evaluate other wings.

Though the base has an idea of what to expect when the PACAF team arrives, the wing is practicing for every possible scenario, said Chief Master Sgt. Brett Allison, 35th Logistics Readiness Squadron superintendent.

And that&#8217;s been the nature of the exercise: tough and intense. Airmen have been pulling 12-hour shifts, down to the American Forces Network disc jockeys who pass along exercise information between music breaks.

Airmen got used to showing up to work expecting two things: long hours &#8212; and the unexpected.

The vehicle management flight worked out of at least three different locations during the exercise, which was to wrap up late Tuesday night. When &#8220;missiles&#8221; destroyed their main complex last week, they moved to a second building. But Tuesday morning, a team of wing exercise evaluators knocked on the door and handed a piece of paper to Senior Master Sgt. Ed Jones, the flight&#8217;s vehicle operations manager.

Within seconds, airmen put on their chemical masks and rubber gloves and went outside the building &#8212; where, as evaluators watched, first-term airmen, playing victims, moaned and writhed on the ground. In their haste to get out, several airmen did not see a fake missile lying on the asphalt; one of them kicked it, instantly killing a group of four, the evaluators ruled. Dejected, the victims sat out the rest of the scenario until someone carted them off to the base morgue.

Some of the challenges of such an exercise are making the scenarios as real as possible, Allison said. When the situation allows, a script will call for smoke &#8212; courtesy of the fire department&#8217;s smoke machine &#8212; or a loud bang, simulating the sound of a missile strike, from a bird gun or ground-burst simulator.