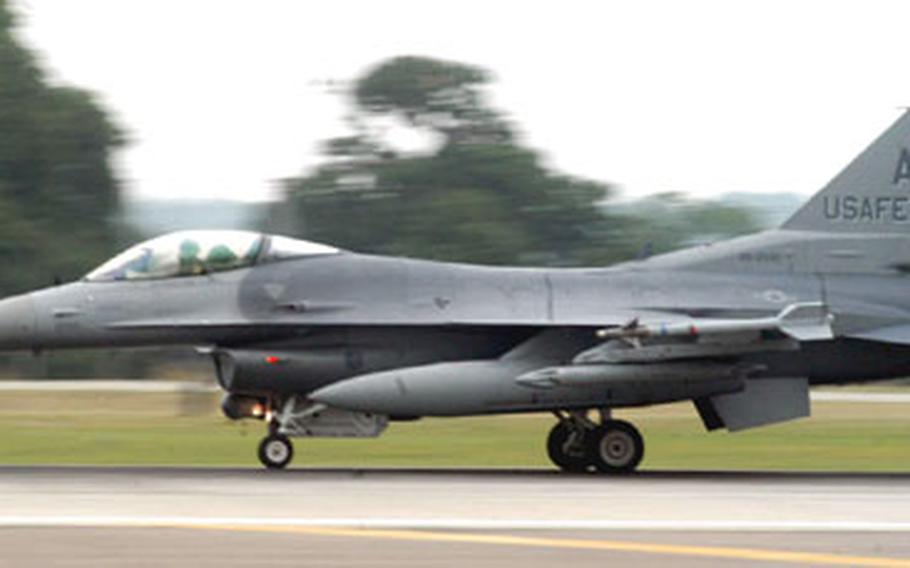 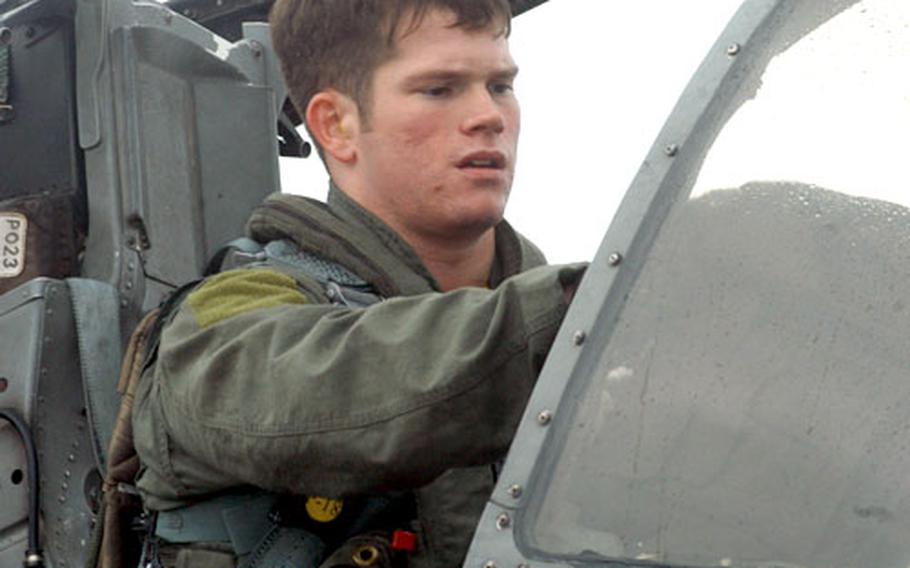 1st Lt. Dave Kirkendall, an A-10 pilot with the 81st Fighter Squadron at Spangdahlem Air Base, Germany, prepares to compete Friday in the Excalibur fighter pilot competition. (Ron Jensen / S&S) 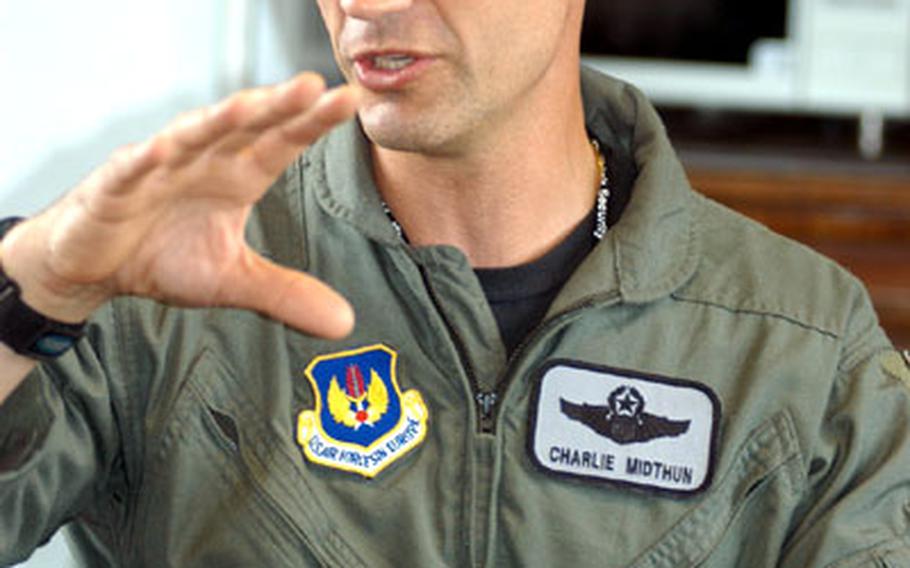 RAF LAKENHEATH, England &#8212; Nothing like a little competitive bombing and strafing to get a fighter pilot&#8217;s juices flowing.

&#8220;There&#8217;s always gloating rights,&#8221; said Capt. Jason Bartels of the 81st Fighter Squadron at Spangdahlem Air Base, Germany, talking about Excalibur, a competition between fighter squadrons within U.S. Air Forces in Europe and the Royal Air Force. The three-day event concluded with an awards ceremony that was to take place Friday evening at RAF Lakenheath, which hosted the event for the second year in a row.

The competition tested the ability of aircrews from RAF Lakenheath, Spangdahlem and Aviano air bases, along with several from the British Royal Air Force, to put bombs and bullets on targets.

Bombing and strafing at two ranges in England, the aviators, flying in four-ship flights, were given various angles, altitudes and speeds in which to perform, said Lt. Col. Charles Midthun, deputy commander of the 48th Operations Group at RAF Lakenheath. He said the scorers also would consider how well the fliers stayed within the given parameters.

Awards were to be presented to the top individual, flight and wing.

Midthun said the competition was a mainstay during the Cold War, but had disappeared after the Iron Curtain crumbled. Gen. Robert H. &#8220;Doc&#8221; Foglesong, the USAFE commander and a fighter pilot, resurrected the competition last year.

The goal is a bit of bonding between flight crews, along with a good-natured contest. But there is no shirking from the seriousness of the skills put on display.

And although the people in the cockpit get most of the attention, the maintainers are an important part of it all, Midthun said.

Bartels also paid tribute to the people on the ground who get the aircraft airborne.