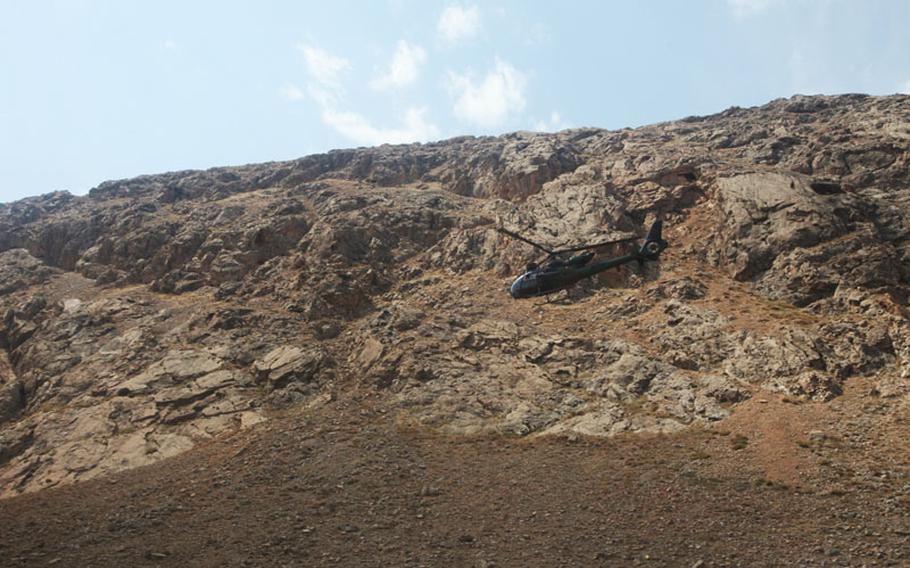 KABUL — American and Afghan commandos are engaged in unusually fierce winter fighting in a neighboring province to the capital, continuing a multi-day operation that has resulted in more than a dozen insurgent deaths, as well as Afghan casualties.

The fighting in the Taliban stronghold of Tagab district, Kapisa province, is a reminder that, even as the U.S. prepares to dramatically draw down troops in Afghanistan, heavy fighting continues.

President Barack Obama announced Tuesday in his State of the Union that more than half of U.S. troops in Afghanistan will be coming home by next February.

Generally, fighting tails off in cold weather, when snow makes the harsh mountainous terrain hard to navigate. While violence is still down this winter, there has been steady fighting recently in the east and south of the country, according to operational reporting from the NATO-led International Security Assistance Force.

As of Wednesday, U.S. special forces had reported at least 16 insurgents killed in the Kapisa operation, along with three Afghan commandos.

On Feb. 7, a U.S. helicopter providing support for the operation crashed. Coalition officials say no one was seriously hurt and that an investigation into the circumstances is continuing. The Taliban claimed they shot down the chopper.

No coalition troops have been killed in the operation, said Capt. Andrew Frazzano, a spokesman for the Combined Special Operations Task Force.

As more and more international troops have left Afghanistan and NATO shifts to an advisory role, coalition officials have stressed that the Afghan security forces will be ready to take responsibility for their country’s security by the end of 2014, the deadline for all international combat troops to leave Afghanistan. However, many experts doubt the Afghan military will be ready, pointing to persistent logistics problems, lack of air support, and turnover that costs the force about a third of its troops each year.

Frazzano said U.S. commandos were on the ground in Tagab, but in an advisory role and that Afghan commandos had planned the operation, in part because coalition forces had not operated in the district for the past three years. He called the operation a “culminating event” in the AFGHAN commandos’ development.

“It was one of the areas we felt was necessary to go into and disrupt the insurgent network” and potentially bring in Afghan Local Police and local militias employed to fight insurgents, he said. The Afghan commandos “believe it’s a strategic area.”