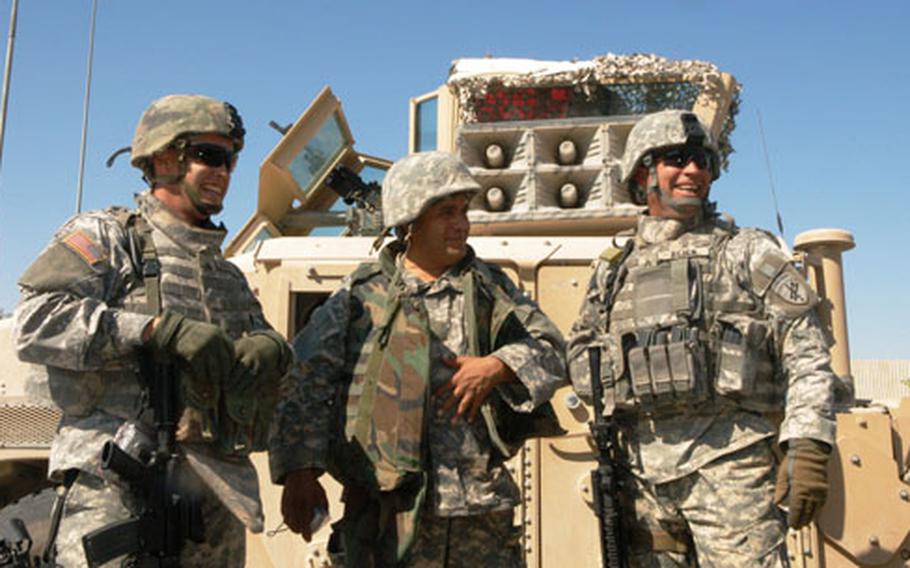 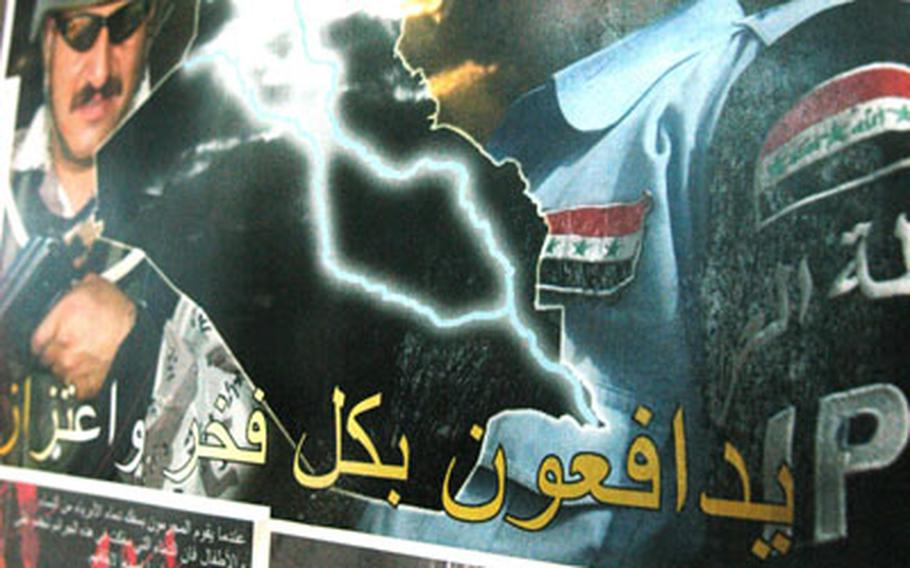 FALLUJAH, Iraq &#8212; Getting into the Iraqi male mind-set requires a shift in focus for the average American, said U.S. Army Capt. Andrew Duprey.

For instance, you wouldn&#8217;t self-aggrandize when recruiting Iraqi men to join the local police force.

You would talk about how joining the Iraqi Security Forces would reflect honor on their families, tribes and community.

And, like marketers, his field is growing as more and more people plug in to the Information Age.

By law, the military cannot use psychological operations on the American public.

The law also stipulates that messages geared to influence foreign nationals must be factual and &#8220;beyond reproach,&#8221; Duprey said.

In Iraq, this means everything from blasting the enemy with Western music from Humvee-mounted loudspeakers to promoting adult literacy programs. Leaflets are air-dropped into communities where insurgents are suspected. Loudspeaker announcements tell people to stay away from their windows during a raid.

But now that Fallujah is relatively secure, PSYOP teams are more likely to be out of their Humvees and mingling with Iraqis, they said.

&#8220;Our job now is to go out and talk to Habib, Mohammed and Mustafa to see what they think about the situation in their communities and country and tell them that we are working to make things better for them,&#8221; Burnham said.

They also combat misinformation, he said. Even in Iraq &#8211; where electricity is dicey &#8212; a lot of people have access to the Internet, Burnham said.

&#8220;Al-Qaida in Iraq uses the Internet and bin Laden posts his messages there all the time,&#8221; Burnham said.

Duprey, extended twice in Iraq for a 17-month stay, works in a Tactical PSYOP Team based in Ramadi. His shining moment was a campaign against toy guns, he said.

Last Ramadan, people were giving their children plastic guns that looked like AK-47s. Duprey&#8217;s unit immediately circulated leaflets targeting mothers telling them not to let their children on the street with them, lest troops confuse the toys with the real thing.

&#8220;I know that there are probably kids alive today because we got the message out and people listened to it,&#8221; Duprey said.