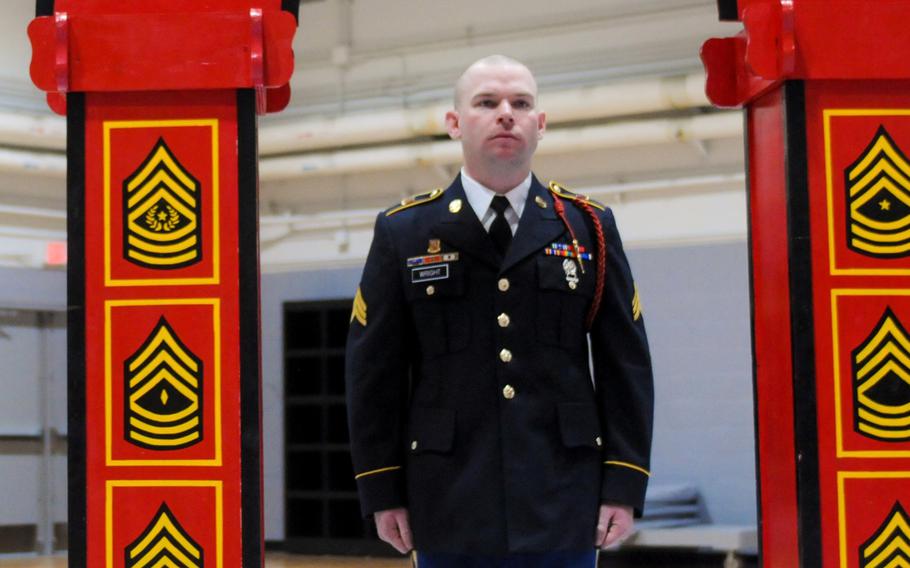 SEOUL, South Korea — A 32-year-old soldier with the 210th Field Artillery Brigade has died on Camp Casey, a U.S. base near the border with North Korea, the Army said Tuesday.

Sgt. Adam David Wright was pronounced dead by emergency medical personnel on Sunday after he was found unconscious at Camp Casey, according to a statement.

The Army did not release the cause of death and said the details remain under investigation.

Wright, a multiple launch rocket system gunner, was assigned to the brigade’s 6th Battalion, 37th Field Artillery Regiment and had been stationed on Camp Casey since February.

He joined the Army from Hill Air Force Base, Utah, in June 2016. Wright became an active duty soldier after resigning his commission as a first lieutenant in the Arkansas Army National Guard, according to the 2nd Infantry Division.

He is survived by his wife and their 18-month-old daughter.

“Sgt. Wright was an exemplary (noncommissioned officer) and we share the pain his family feels during this time of loss,” regiment commander Lt. Col. Wilbert Hsu said in the statement.

“He served his battery as a leader, friend, and brother. Our deepest condolences to his family during this difficult time and we remain strong to honor Adam and his life,” he added.