Fewer troops in Bosnia leads to change in name 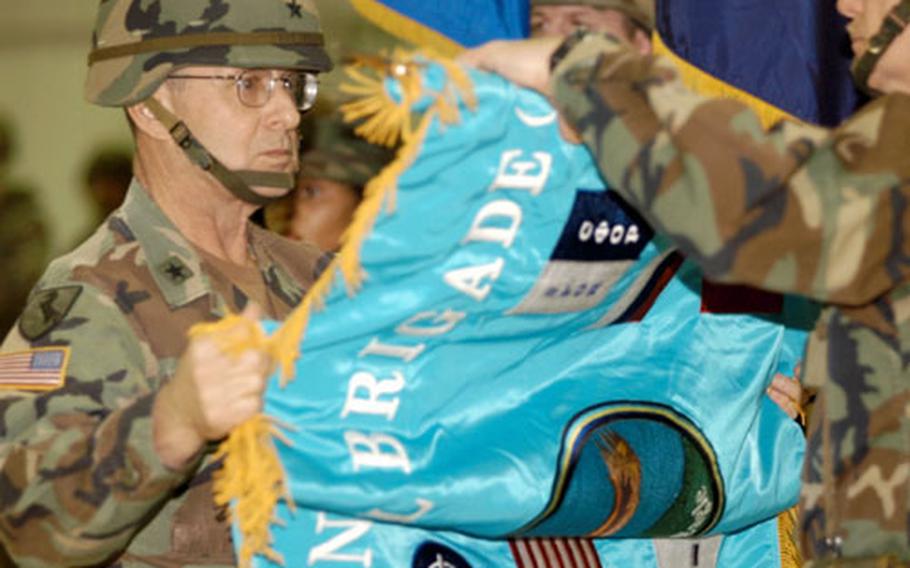 The change was brought about by the reduction of the forces, which were formerly known as Multinational Division North.

&#8220;I am very happy to be here today as we reach another milestone in the future of Bosnia and Herzegovina,&#8221; said Lt. Gen. William Ward, Stabilization Forces commander, during Friday&#8217;s ceremony.

Seven years ago, more than 62,000 international peacekeepers arrived in Bosnia after a three-year war ravaged the country.

Other changes in the region include the European Union taking over policing duties from the United Nations; Danish soldiers joining American and Finish troops at Eagle Base; and Danish soldiers relieving American troops in three municipalities in northeastern Bosnia.