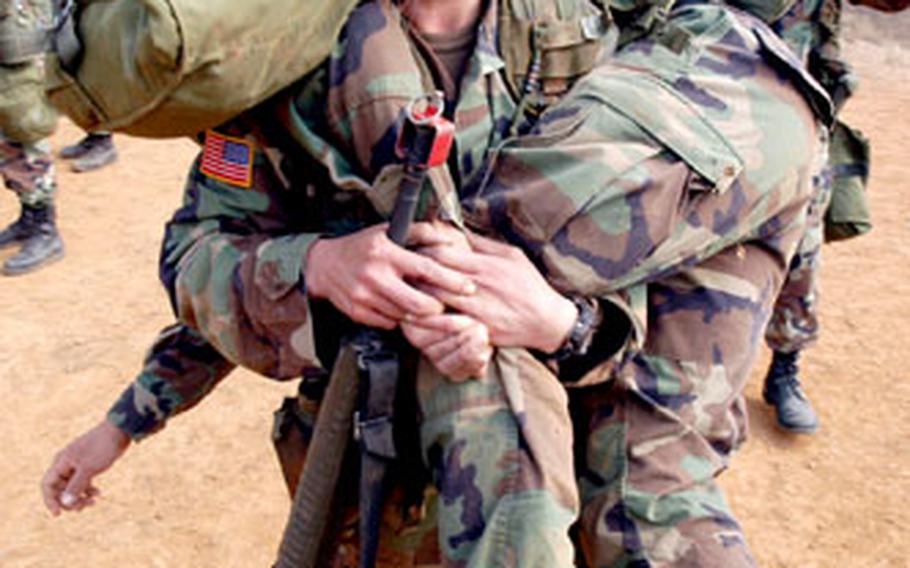 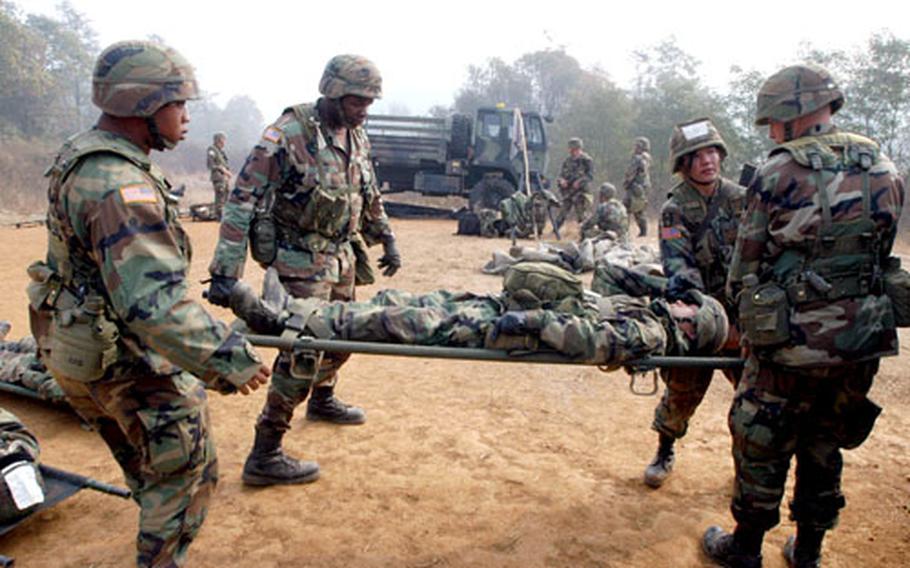 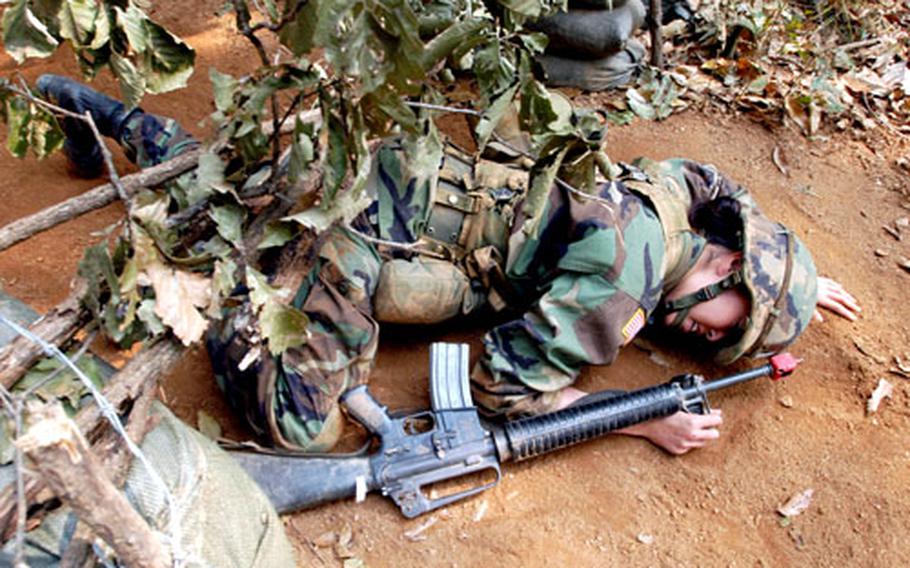 An EFMB candidate crawls under a wire obstacle at Warrior Base on Thursday. (Seth Robson / S&S)

WARRIOR BASE, South Korea &#8212; Of 165 candidates who started competing for the Expert Field Medical Badge here Monday, just 32 were left by Thursday afternoon.

The EFMB on the demilitarized zone is one of the toughest tests for U.S. soldiers stationed in South Korea.

Last year just 19 soldiers on the Korean peninsula won the badge out of 220 who tried.

Soldiers seeking the badge, which signifies the wearer is an elite U.S. Army field medic, spend a week training at Warrior Base, next door to the Joint Security Area, the demilitarized zone&#8217;s most sensitive point.

The candidates who remained Thursday still had to pass a written exam and finish a 12-mile ruck march to pass, he said.

The badge is open to all soldiers in medical career fields and warrant officer medevac pilots as well as medical specialties from other services, although all the candidates were from the Army this year, he said.

On Thursday afternoon, candidate Spc. Maria Slaughter, 29, crawled under a barbed wire obstacle in the forest to find a &#8220;wounded&#8221; soldier, then carried her patient to a triage area where she supervised a team loading more casualties onto a truck.

The Jacksonville, N.C., native, who works at 121st General Hospital in Seoul, said she relished the physical tests.

Candidates were divided into platoons during the training.

&#8220;Our platoon has always been together, and we have worked with each other so we could succeed,&#8221; Slaughter said.

The litter obstacle course, which involves teams carrying patients on stretchers through a series of muddy trenches and obstacles, was the hardest part of the test, she said.

&#8220;The mud gets in the way. It gets in your hair, in your ears, down your sleeve. It gets everywhere. I have never had that much mud on my body the entire time I have been in,&#8221; Slaughter said.

Another candidate, 2nd Battalion, 2nd Aviation Regiment doctor Capt. Barret Curnutte, 30, of Corpus Christi, Texas, also rated the litter obstacle course as the toughest test but said all of the training was hard.

Being a medical doctor was no advantage during the training, Cornutte added. &#8220;It is completely different than practicing clinical medicine,&#8221; he said.