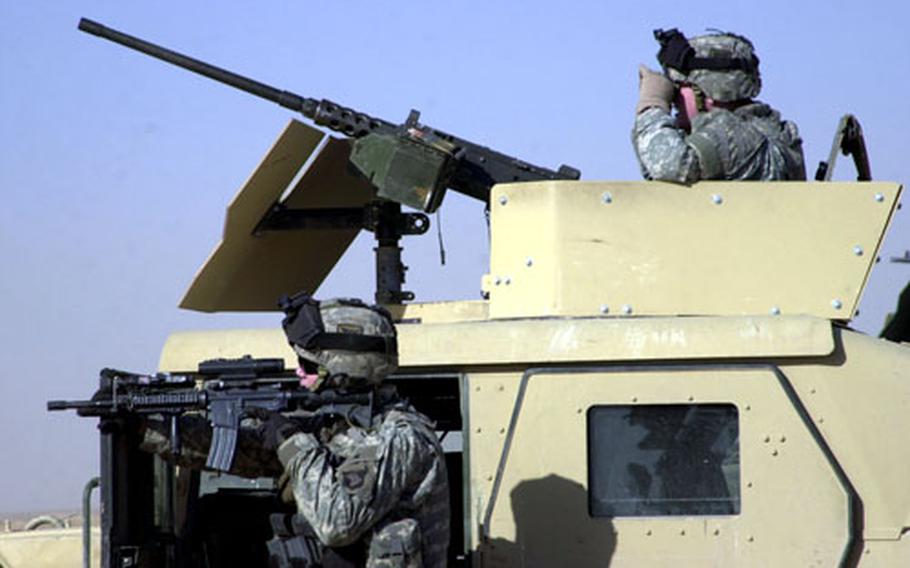 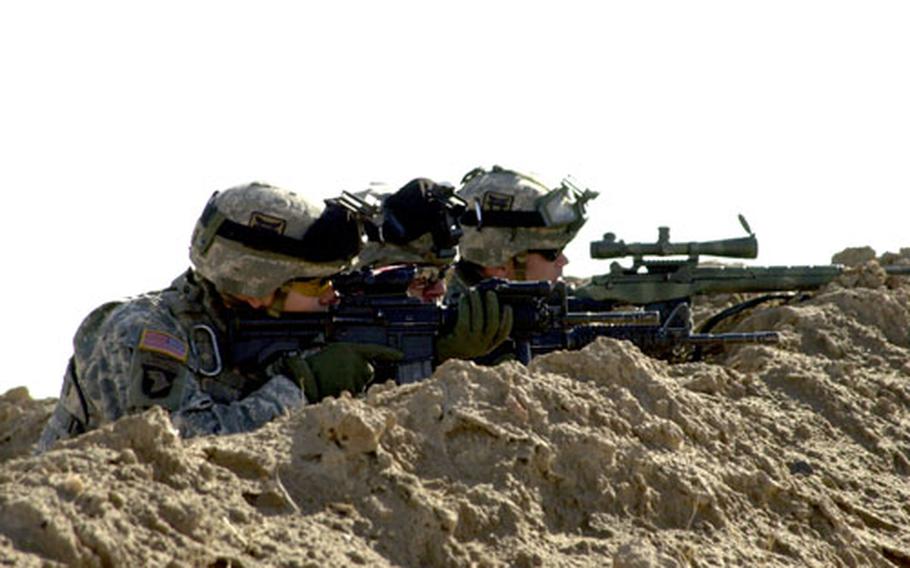 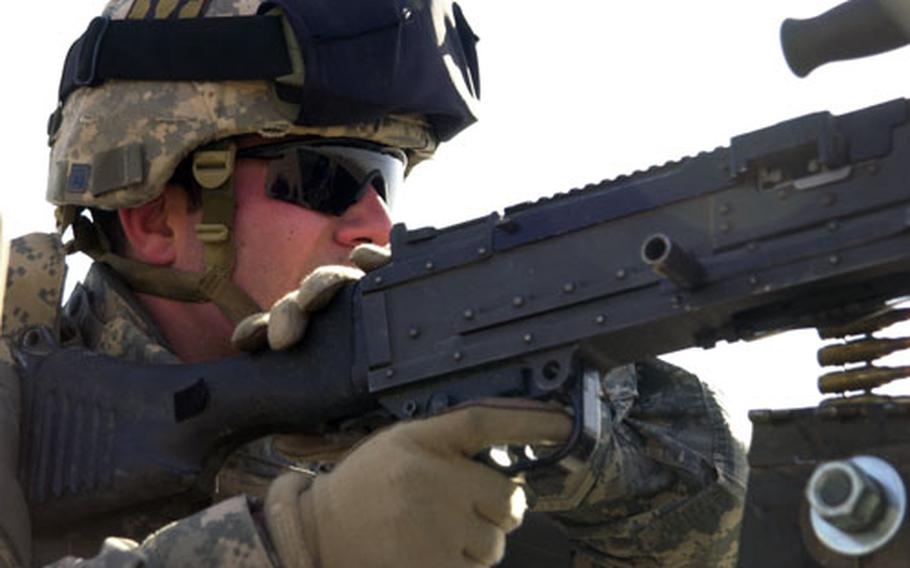 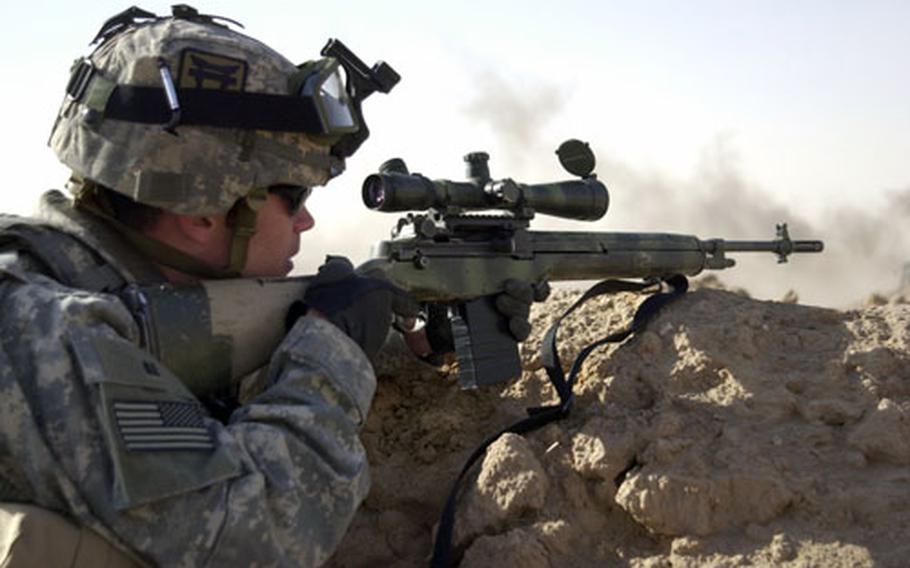 Sgt. Ian Pearson, 24, of Huntsville, Ala., uses his sniper rifle scope to check out the site of a possible insurgent checkpoint on Saturday outside of Tikrit. (Joseph Giordono / S&S)

TIKRIT, Iraq &#8212; A feared surge in violence following the announcement of Iraq&#8217;s election results largely failed to materialize this weekend, with American and Iraqi troops fanning out on security missions throughout the country and setting a security ring around Baghdad.

On Saturday morning, a quick-reaction force from the battalion was called out to investigate a possible checkpoint run by insurgents posing as Iraqi army soldiers. As the U.S. troops geared up and prepared to leave Forward Operating Base Remagen, they were briefed that up to 15 armed men in Iraqi army uniforms were at the site. The soldiers set a plan of attack and sped into the desert, but found little in the area except a crew turning sand into bricks.

By afternoon, a daylong sandstorm had strengthened and left most roads and towns in this Sunni-dominated area quiet.

Known as the &#8220;Red Knight Rakkasans,&#8221; the 3rd Battalion, like many other units in Iraq, has reconstituted from its role as artillery to perform many of the functions of infantry units. Among their chief tasks is training the Iraqi army and police, and that effort saw the only reported casualty of the weekend. An Iraqi major in one of the local units was assassinated by unknown gunmen, soldiers said Saturday. Tikrit police officials told the Reuters news agency that the major was killed, along with his son and their driver, on his way to his office in Tikrit.

The Sunni parties, which largely boycotted earlier elections, have much more representation than after the first vote in January. Still, as members of the former ruling party and the core of the insurgency entering its third year, the Sunnis were expected to react violently to the election results. By best estimates, Sunnis make up around 20 percent of the Iraqi population, with Kurds making up an additional 15 to 20 percent.

&#8220;If the Sunnis are enfranchised and begin participating ... as we think they are beginning to do, I would suspect it would be the foreign fighters that you may find still resident here, other jihadists, religious extremist groups,&#8221; he said, according to a transcript of the session.

Turner commands a huge swath of central and northern Iraq, stretching from the Kurdish areas down an area just north of Baghdad.