Few creature comforts at Jurf base Soldiers wait for their patrol to begin at Patrol Base Jurf, a bare-bones outpost in Jurf-as Sakhir, about 30 miles southwest of Baghdad. From the top, clockwise: Pfcs. Renat Tatarin, William Furgason and Billy White; Spc. Timothy Louvier, and Pfc. Daniel Thornton. (By Erik Slavin / S&S)

Soldiers wait for their patrol to begin at Patrol Base Jurf, a bare-bones outpost in Jurf-as Sakhir, about 30 miles southwest of Baghdad. From the top, clockwise: Pfcs. Renat Tatarin, William Furgason and Billy White; Spc. Timothy Louvier, and Pfc. Daniel Thornton. (By Erik Slavin / S&S) 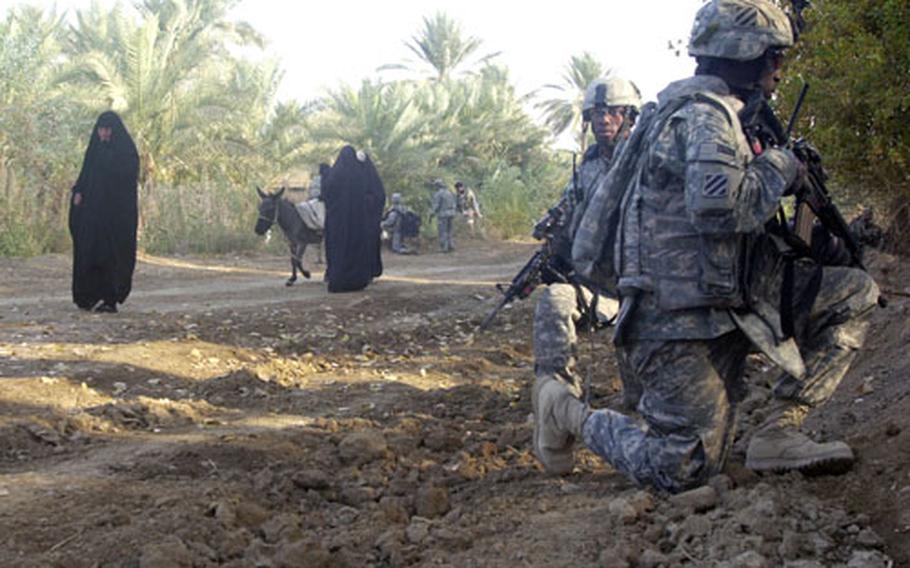 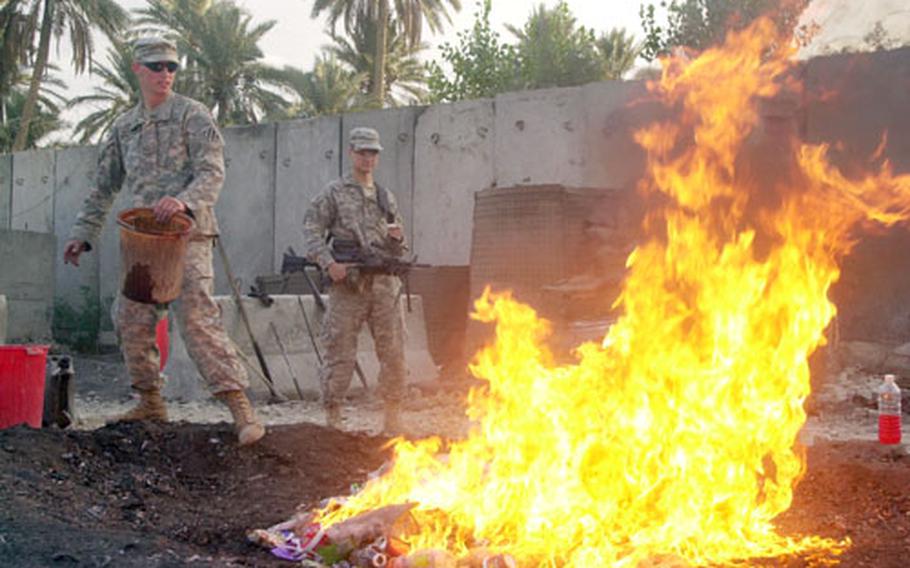 &ldquo;From what they said about (Company A&rsquo;s 2005 deployment), I was expecting an actual forward operating base. Something a lot larger,&rdquo; said Pfc. Ryan Shurtleff of Manchester, N.H.A militarywide tactical shift toward living in the communities that the soldiers patrol changed the living conditions for many soldiers, but not all.

For example, at Camp Victory near Baghdad, Pizza Hut enables soldiers to treat the war more like a war movie release &mdash; they can buy official Pizza Hut Operation Iraqi Freedom merchandise and apparel. At Patrol Base Jurf, about 30 miles southwest, soldiers take whatever Meal, Ready to Eat is left in the cardboard box, even if it&rsquo;s the spongelike veggie and cheese omelet.

Most large bases like Victory have trailers with flushing toilets. Most smaller outposts have portable toilets. Patrol Base Jurf has a metal box and a pit. Soldiers stir and burn the contents at 6 a.m. The soldiers live in large metal shipping containers equipped with electricity outlets and furnished with bunk beds.

&ldquo;The first day, we didn&rsquo;t even have beds and we were crammed in there like tuna fish,&rdquo; said Pfc. James Vaughn.Across from the living quarters are Morale, Welfare and Recreation tents with four green stretcherlike cots and a gym with some donated equipment. However, a few more amenities should be on the way shortly.

The base got a few Internet-connected computers over the weekend. There are discussions about getting the soldiers a shower trailer soon, though soldiers have come up with their own improvisations. &ldquo;Baby wipes. You can do a lot with them,&rdquo; said Staff Sgt. Mark Matekovic of Houston.

The soldiers do get something of a break, spending eight days at Jurf and then four days at battalion headquarters on Forward Operating Base Iskan.Several of the soldiers went to do their laundry at Iskan, but the facilities weren&rsquo;t working for part of the week. Some waited in line for 30 minutes on Saturday by 10 a.m., only to be told the facilities were closing. They&rsquo;re closed Sunday too.

On Monday, they begin another eight days of Jurfasucker.Jurf&rsquo;s soldiers would like more creature comforts, but soldiers like Sgt. Christopher NcNamee say they had even less during an Afghanistan deployment. NcNamee also says he reminds himself how blessed he is when he walks through Jurf As Sakhir&rsquo;s streets.&ldquo;Some of these kids don&rsquo;t even have clothes on their backs,&rdquo; said NcNamee, of Miramar, Fla. &ldquo;I&rsquo;ve got food and a place to rest my head at night. I&rsquo;ve got no complaints.&rdquo;