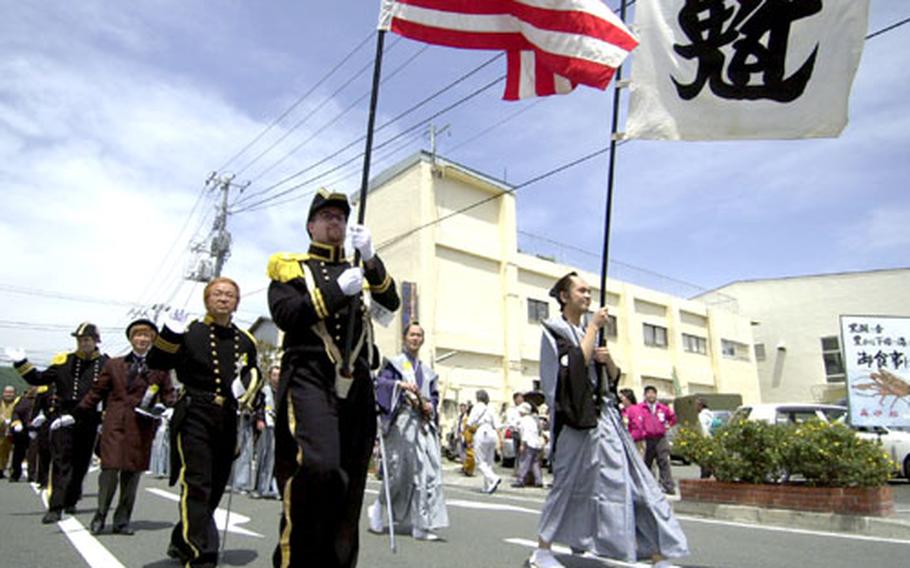 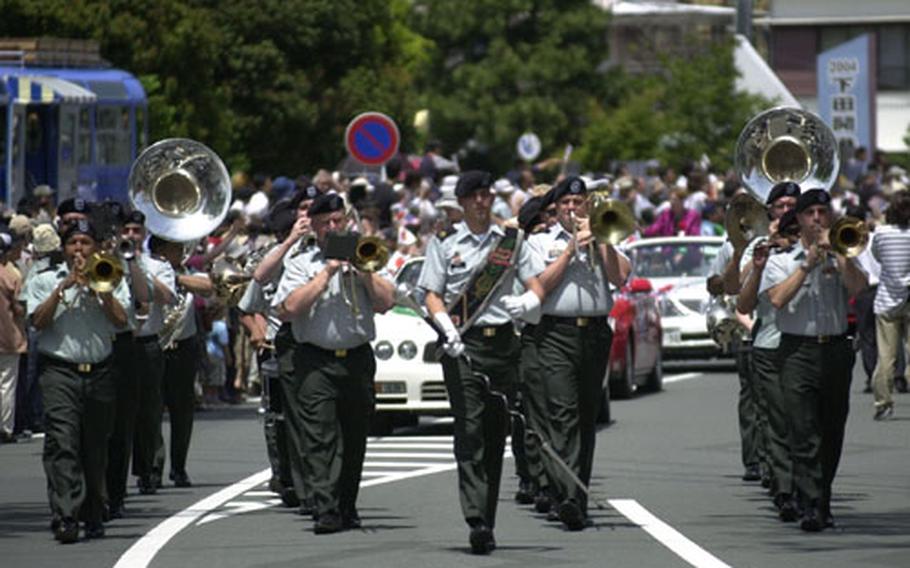 The U.S. Army Japan Band parades to a full crowd through the streets of Shimoda City on Saturday. (Jim Schulz / S&S)

Perry&#8217;s move forced the isolated Japan to sign the U.S.-Japan Treaty of Peace and Amity in 1854, opening the country to trade and diplomatic relations. This was the 65th annual Black Ship Festival.

&#8220;It was fun. People were smiling and they were happy,&#8221; said Kris Snider, a Kinnick High School freshman from Yokosuka Naval Base, Japan, who marched with the school&#8217;s Navy Junior Reserve Officer Training Corps.

&#8220;They seemed to be interested in us,&#8221; said Petty Officer 3rd Class James Jeremiah, assigned to the USS Cowpens.

He said many of the Japanese he meets, usually from Tokyo and Yokosuka, are used to seeing Americans. Meeting people who don&#8217;t see Americans on a regular basis was unique.

Many said Friday night&#8217;s fireworks show was also a highlight.