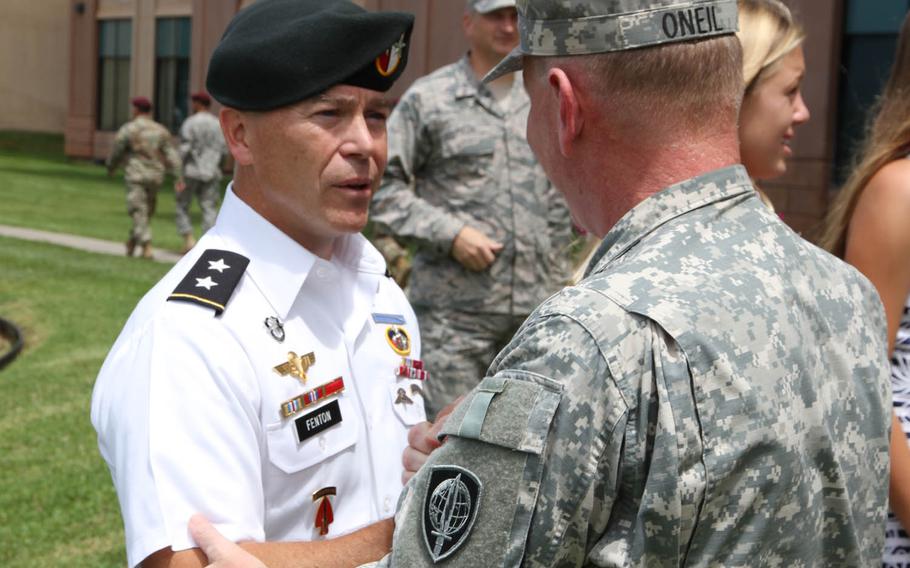 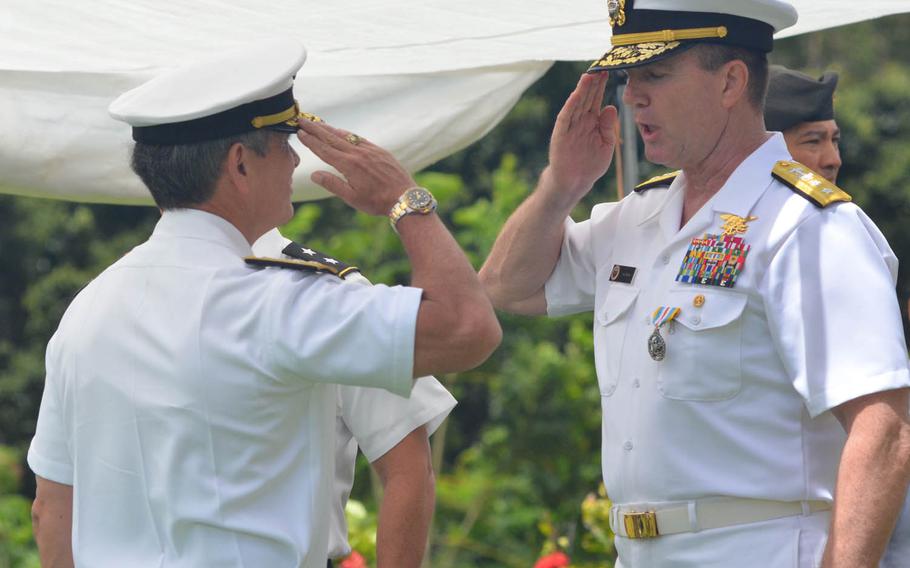 He takes the reins from Rear Adm. Colin J. Kilrain, who has been nominated as commander of NATO Special Operations Headquarters in Belgium.

Fenton is the former deputy commanding general of operations for the 25th Infantry Division and the assistant chief of staff of G-3 for U.S. Army Pacific.

Adm. Harry Harris, commander of U.S. Pacific Command, praised Kilrain for leading the transition of Operation Enduring Freedom in the Philippines into a counter-terrorism partnership.

Joint Special Operations Task Force-Philippines was created in the early 2000s to assist the Philippine government with training and surveillance to defeat al-Qaida-linked groups in the southern part of the country. The special task force was officially deactivated last year after 13 years.

“You’ve ensured a well-synchronized effort to build the capacity of the Armed Forces of the Philippines to combat radical extremists inside their borders,” Harris said.

Harris also credited Kilrain for his role in coordinating a campaign named Red Phoenix, which is being used against transnational terrorist networks operating in South Asia.

“This campaign plan involved multiple joint and combined operations, activities and actions in conjunction with host nation counterparts,” Harris said while offering no further details about the sensitive operation.

Kilrain closed his remarks by talking about humility.

“We’re proud of our contributions, but despite popular folklore, movies and video games, we didn’t do it alone,” Kilrain said. “We learned early on that we couldn’t do our missions without integrating our operations with the joint force.

“SOC has received too much attention and a bit too much credit. Special operations doesn’t mean we’re better, smarter, braver or more valuable — because we’re not. We have specialized training and we’re encouraged to think differently, but in the end — and when we’re at our best — we recognize we represent a small part of a much bigger effort.”

Harris described incoming commander Fenton as “a combat-tested snake-eater” whose “tough jobs” in Bosnia-Herzegovina, Iraq, Afghanistan and Africa prove he “has what it takes to do this job.”