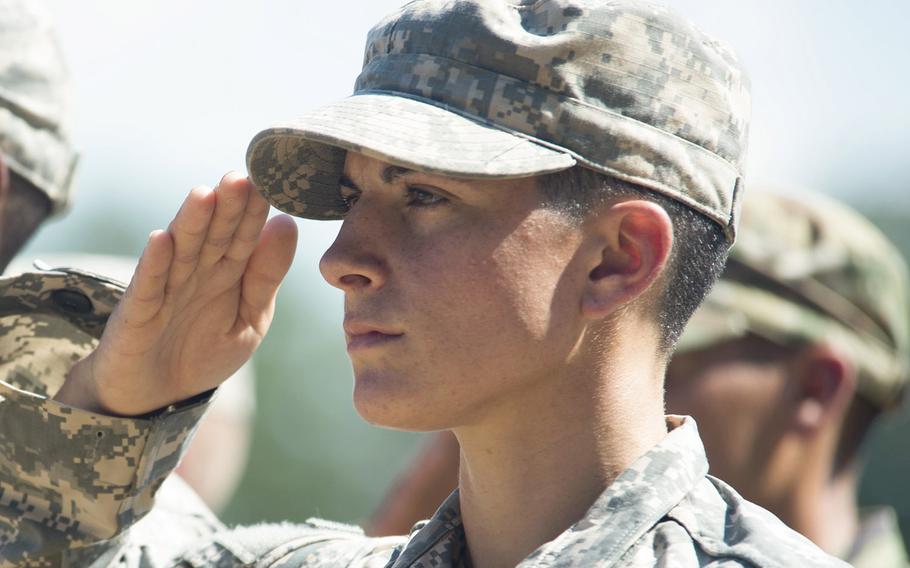 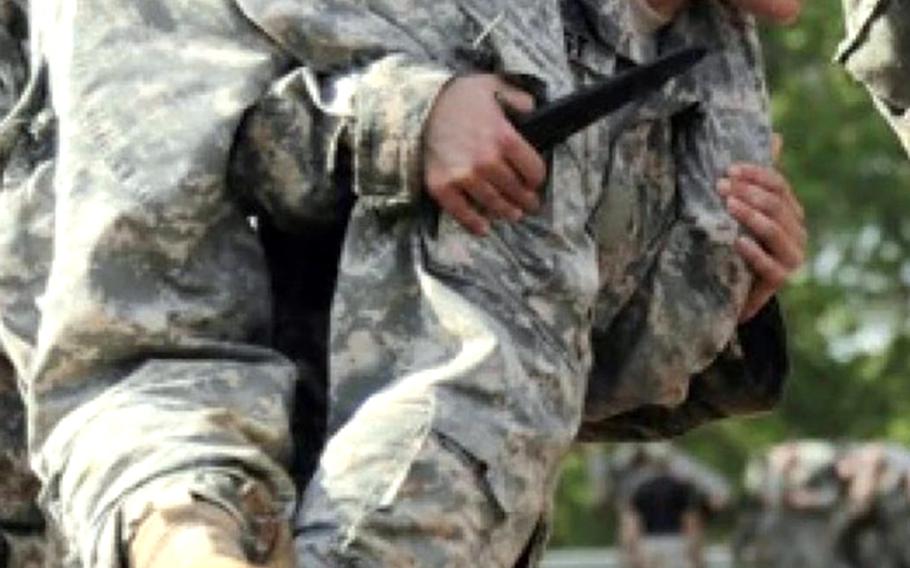 Kristen Griest, one of the first female soldiers ever to graduate Ranger School. (U.S. Army)

WASHINGTON — One of the first female soldiers to earn the coveted Ranger Tab last summer has now become the Army’s first woman in the infantry.

She is attending the Maneuver Captains Career Course at Fort Benning, Ga., which physically and mentally prepares infantry and armor officers to command front-line fighting companies.

“Like any other officer wishing to branch-transfer, Capt. Griest applied for an exception to Army policy to transfer from military police to infantry,” said Bob Purtiman, spokesman for the Maneuver Center of Excellence at Fort Benning. “Her transfer was approved by the Department of the Army on April 25, and she is now an infantry officer.”

Griest, 27, of Orange, Conn. had served as a military police officer and a deployment to Afghanistan since graduating from the U.S. Military Academy in 2011.

In April 2015, she was among 19 female soldiers approved to attend Ranger School as part of a pilot program to help the Army determine whether it could safely open front-line combat jobs to women.

The Army permanently opened Ranger School to women in September, but no additional female soldiers have graduated, Purtiman said.

Defense Secretary Ash Carter in December ordered all military jobs, including special operations, opened to women. His directive followed a 2013 Pentagon order that the military services open all positions to women by early 2016. The services conducted extensive studies to determine whether any jobs should remain closed to women. Only the Marine Corps asked Carter to keep some positions — namely in the infantry and armor fields — male-only, but the secretary declined the request.

Griest’s transfer into the infantry fits with the Army’s established “leaders first” approach to integrating women into the traditionally all-male infantry. According to the Army’s gender-integration plan that it submitted last month to Carter, Army leaders believe establishing female officers in the infantry and armor units before enlisted women join those branches will help ease the transition.

The Army earlier this month approved 21 female West Point and ROTC cadets and an Officer Candidate School student to commission into the infantry and armor branches in the coming months. Nine aim to serve in the infantry and 13 hope to serve as armor officers. Those future officers must first complete months of job-specific training and meet a series of physical requirements before they are assigned to a unit to serve as platoon leaders.

It was not immediately clear Wednesday what Griest’s next assignment would be or when she would arrive at her next unit.

Griest, who was not made available for interviews Wednesday, told reporters in August that she hoped to serve in the Army’s Special Forces.

Special Forces training and the elite 75th Ranger Regiment are now open officially to female soldiers, though it will be some time before a woman serves in those special operations positions, Pionk said.

Officers traditionally serve in the regular Army before joining such units, Pionk said, adding it will likely be “well over a year” before a woman serves in the Rangers or Green Berets.