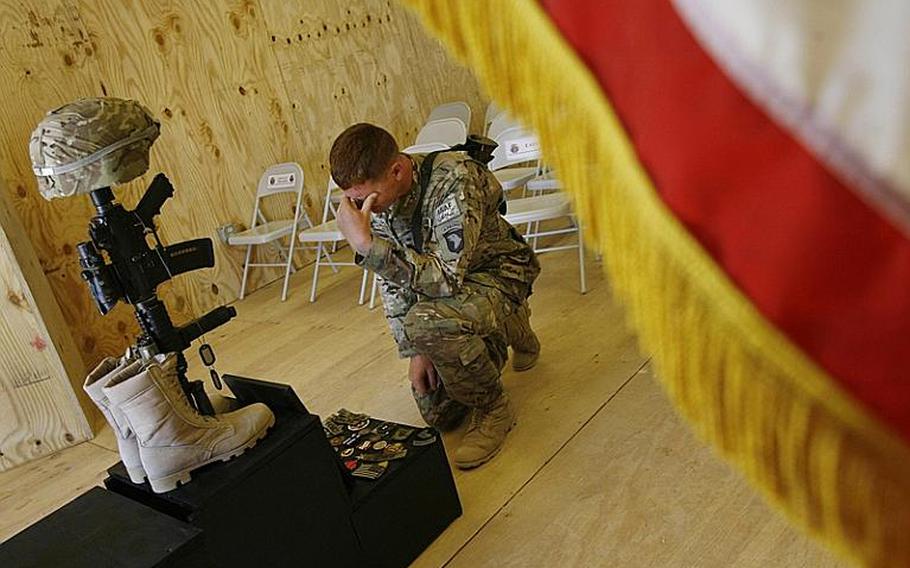 Nunn was an infantryman assigned to the 2nd Battalion, 506th Infantry Regiment, 4th Brigade Combat Team, 101st Airborne Division. He joined the Army in June 2010 and had been in Afghanistan for only three weeks.

Nunn was killed in the village of Andr Keyl near the border of Pakistan on Memorial Day.

&ldquo;He always chose his words wisely,&rdquo; said Spc. Matthew Woodall, who attended a service for Nunn at Forward Operating Base Zerok in Paktika on Thursday. &ldquo;He never wanted to offend anyone. He always cared how others felt.&rdquo;

Mike Hickman was Nunn&rsquo;s youth pastor in Texas. He said Nunn was passionate, outgoing and caring.

Before Nunn deployed to Afghanistan, Hickman said they talked about the possibility of Nunn losing his life.

&ldquo;He was prepared for that 100 percent, and everyone knew that,&rdquo; Hickman said. &ldquo;He said, &lsquo;For me to die for my country, to live is Christ and to die is gain.&rsquo; That&rsquo;s what he believed.&rdquo;