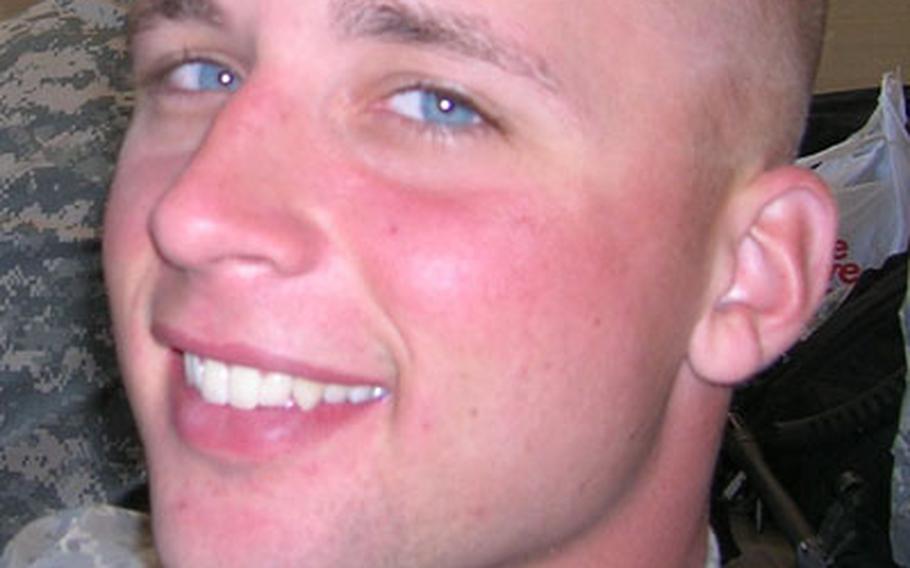 LOGISTICAL SUPPORT AREA ADDER, Iraq &#8212; Sgt. Brent Koch was a boisterous, handsome 22-year-old who loved farming, fishing, motocross racing, hunting, golfing, and a variety of other sports including &#8212; as his friends like to joke &#8212; chasing women.

The young charmer and Minnesota Army National Guardsman was also, in the words of his platoon sergeant, Sgt. 1st Class Joseph Hjelmstad, 37, &#8220;the prettiest young man we ever loved.&#8221;

Koch, of Morton, Minn., died June 16 near Diwaniyah when a roadside bomb hit his armored cargo truck, killing him and wounding the truck&#8217;s other two passengers, Sgt. William Puckett, 29, and Pvt. Gregory Brown, 19, both of Litchfield, Minn. Both men are being treated at Landstuhl Regional Medical Center in Germany.

Koch is the second soldier from 1st Brigade Combat Team, 34th Infantry Division to die this month. On June 9, Spc. Benjamin Slaven, 22, was killed, also near Diwaniyah, when his Humvee was hit by a roadside bomb. Both men were gunners.

Koch, like Slaven, was posthumously promoted and given the Purple Heart, the Bronze Star and the Combat Action Badge. He was also awarded the Army Achievement Medal for a prior achievement.

A lifelong Minnesotan, Koch also professed an affinity for the native brew.

While Koch was single and had no steady girlfriend, friends say he had many female admirers.

Koch also drew flack for his name, which is pronounced &#8220;cook.&#8221; Rather than wrestle with the hard-to-pronounce name, Larson said, friends playfully called him Cookie.

They also teased him for his taste in music.

But friends and colleagues praised Koch for his hard work, generosity and dedication.