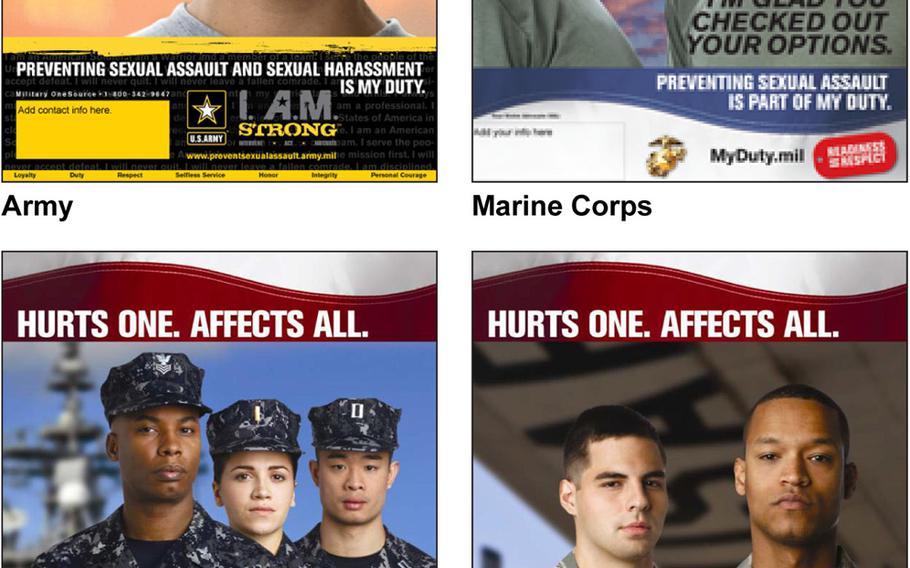 Although the Department of Defense has taken numerous steps to address sexual assaults of servicemembers in general, it still doesn’t have a clear plan for responding specifically to attacks on men, the Government Accountability Office said in a report released Thursday.

“DOD has taken steps to provide and improve the availability of medical and mental health care for all sexual assault victims, but DOD’s Health Affairs office has not systematically identified whether male victims have any gender-specific needs,” the report concluded.

About 3,200 male servicemembers reported sexual assault during fiscal years 2008 through 2014, the GAO said.

But that’s regarded as a highly underreported number. A Rand Corp. survey last year estimated 9,000 to 13,000 active-duty men were sexually assaulted during the year prior to the survey. About 2,500 to 5,500 of those were described as “penetrative” sexual assaults.

The GAO estimated that, at most, 13 percent of males reported assaults, compared with at least 40 percent of female servicemembers.

“DOD has reported data on the gender of military sexual assault victims since 2008, but it has not used all these data to inform program decision making or established a plan to do so,” the report said. “Thus, without a plan for how it will use data in making decisions about program development, DOD risks leaving important issues, such as those related to male victims, unaddressed.”

Men make up about 85 percent of the active-duty force.

The DOD has implemented a “gender-neutral” program for preventing and responding to the problem of sexual assault, an approach that does not take into consideration the significantly lower rates of reporting assault by men compared with women.

The DOD has taken some steps in the past year to address male sexual assault. In May, it directed the services to implement methods that encourage male victims to report assault and seek care.

The DOD, however, has not systematically evaluated whether male servicemembers who have been sexually assaulted have any gender-specific needs, the report said.

Interviews by the GAO with two clinicians at the Veterans Administration Center for Sexual Trauma Services in Bay Pines, Fla., and other published studies suggest that men have specific needs and responses to sexual assault, the report said.

Male victims are “more likely than women to manifest their trauma externally through problems with behavior control, interpersonal relationships, and sexual dysfunction,” the report said.

The military culture can also pose problems unique to men.

“We found that gender has played a significant role in defining a servicemember’s position and the opportunities that are available to him or her in the U.S. military, and such distinctions have been a catalyst for the long-standing debate over the role of and occupations open to female servicemembers,” the report said.

Traditional gender stereotypes also stand in the way of men reporting assaults because the victims “contend with myths of male strength and sexuality, which lead many to believe that ‘real’ men do not get raped and that males raped by another man must be homosexual.”

“These traits are heightened in the military environment that, according to DOD’s April 2014 sexual assault prevention strategy, idealizes confidence, decisiveness, and strength, and that until 2011, had a policy of initiating separation of servicemembers who committed homosexual acts,” the report said.

Finally, the report advised the DOD to better communicate the issue of male sexual assault to the troops, noting that public service posters by the services tended to emphasize women as the victims.

“DOD has not clearly depicted male victims in the communications to servicemembers because it has seen its program as gender-neutral and because of its focus on female victims,” the report said.