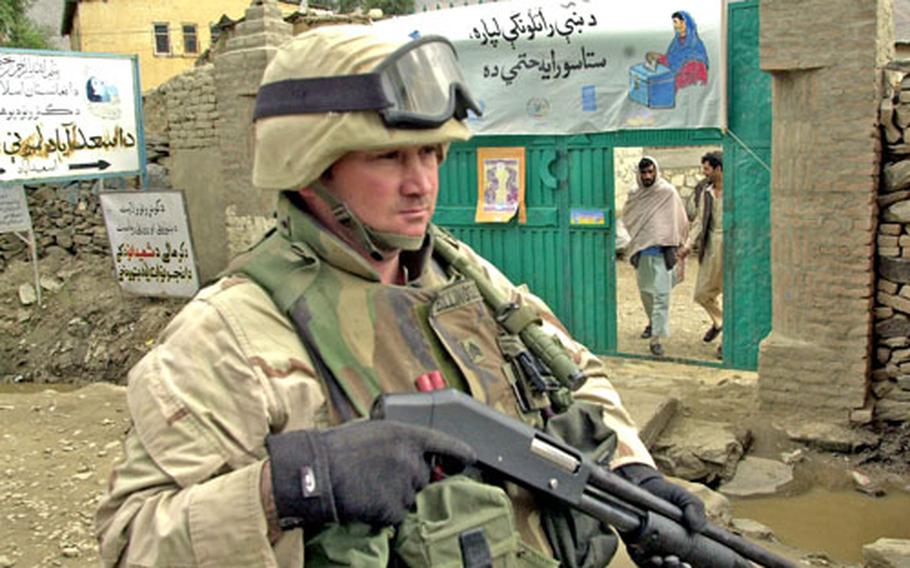 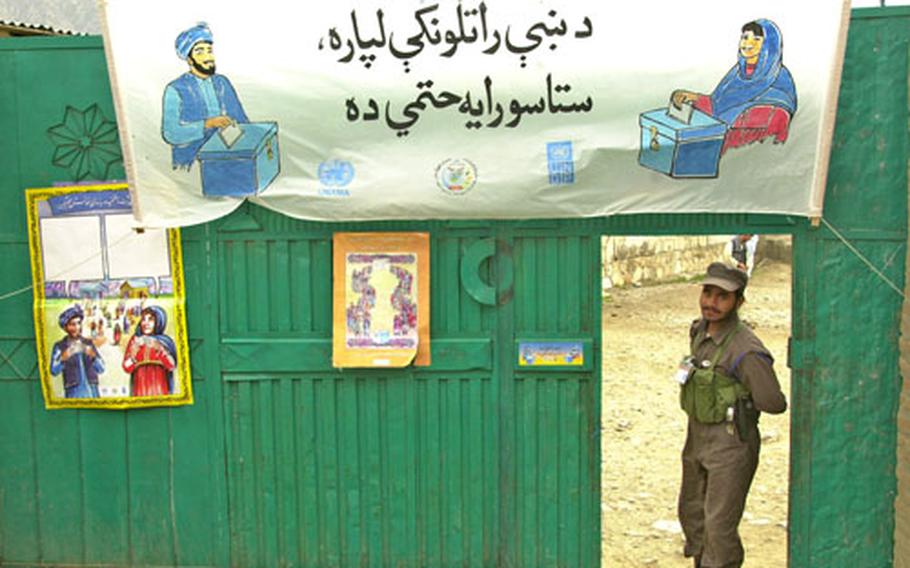 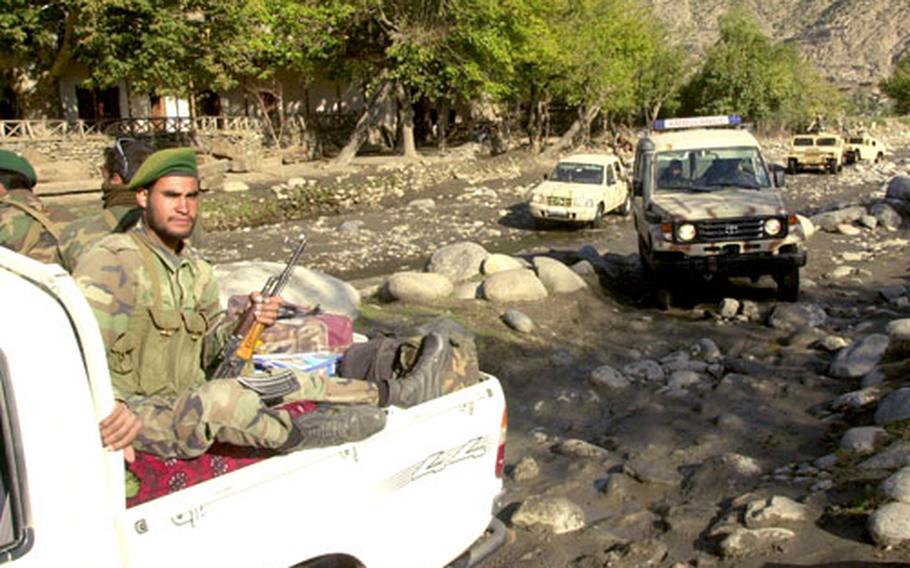 Part of the challenge in getting voter turnout in Kunar Province was navigating unpaved mountain paths in the unstable border region with Pakistan. Earlier in the week, U.S. and Afghan troops went into the mountains, where they had a shootout with insurgents. (Terry Boyd / S&S)

FIREBASE ASADABAD, Afghanistan &#8212; Expectations in this insurgent stronghold were for a day with a lot of shooting and a little voting.

Instead, the historic presidential elections in this isolated section of eastern Afghanistan went off with only isolated attacks and no deaths, casualties or property damage.

Election day in the mountains just 9 miles from Pakistan&#8217;s tribal areas did start with a 4:20 a.m. one-shot mortar attack that landed within 500 meters of Firebase Asadabad. The near-miss turned out to be a harbinger of things to come.

At about 11 a.m., insurgents fired four rockets into the nearby town of Asadabad, one of which was a 107 mm rocket that landed in the garden of the governor&#8217;s residence but failed to explode, said Capt. Jim Wilt, a Maryland reservist with the 450th Civil Affairs Battalion.

Both U.S. and Afghan troops were in the courtyard at the time of attack, some only 30 feet from where the dud rocket landed, he said.

Northwest of Asadabad, there were other attacks on U.S. troops, but nothing sustained. There were about 11 or 12 attacks around Kunar Province, which is the size of a small Texas county, but none seemed to have dissuaded voters.

In Asadabad, with U.S. soldiers keeping a low profile, Afghan officials said the first person to vote was a young woman who&#8217;d been a refugee in Pakistan during the Taliban regime. Whether her vote was stage-managed, they wouldn&#8217;t say. But the enthusiasm for voting in Afghanistan&#8217;s first election seemed real enough.

The vote tally was 1,483 at just one Asadabad voting site, poll workers said. One American official, who asked not to be identified, said he believed a significant percent of eligible voters took part.

Rainy, cold weather may have lowered turnout, with some villagers in this mountainous area having to walk as long as three hours round trip to vote, the U.S. official said.

Less of a factor were insurgents. Those who did launch attacks did so with little efficacy, &#8220;and were probably Jihadi&#8217;s for hire &#8211; guys who were collecting a paycheck to fire their weapons,&#8221; he said.

With all of Afghanistan&#8217;s 15 or 16 tribes endorsing the election, insurgents who launched assaults risked starting blood feuds, the official said.

&#8220;The Kunar governor told local mullahs and powerbrokers, &#8216;this is your elections. Your tribe&#8217;s honor is at stake,&#8217;&#8221; said Lt. Col. Mark McLaughlin, commander of the Asadabad Provincial Reconstruction Team, one of 17 U.S. military and civilian rebuilding teams working across Afghanistan.

Several U.N. officials in Asadabad told Stars and Stripes they believed the elections were premature, and hampered by rivalries between the U.S. military and U.N. workers.

The elections were neither early nor late, said McLaughlin, who is on his second Afghanistan rotation. &#8220;They were right where they needed to be.&#8221;

The defeat of the Taliban after Sept. 11 attacks left a vacuum, and there wouldn&#8217;t have been adequate security had the United States and the United Nations tried to hold elections before a national police force and army was in place, McLaughlin said.