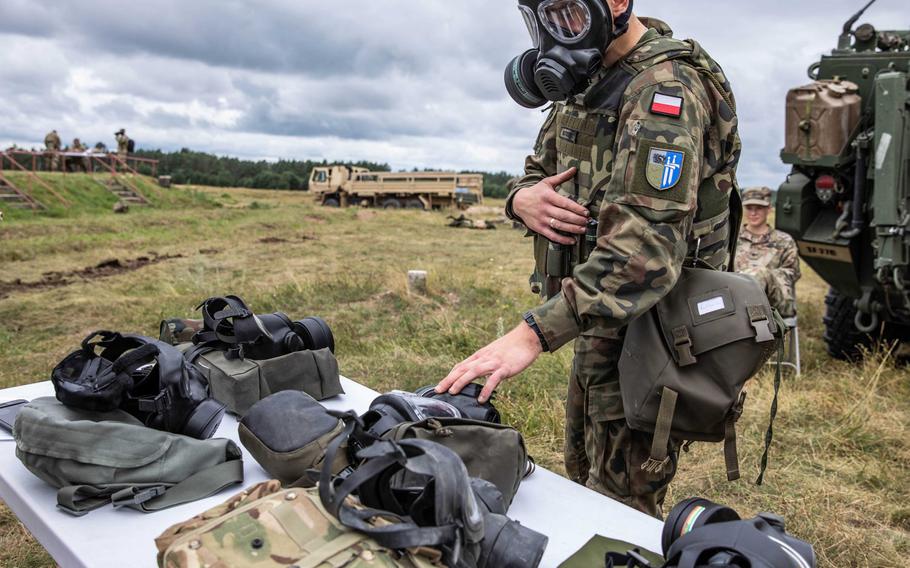 One of the teams competing in the Interoperability Games in Bemowo Piskie, Poland, carries a simulated casualty, Saturday, August 3, 2019. (U.S. Army) 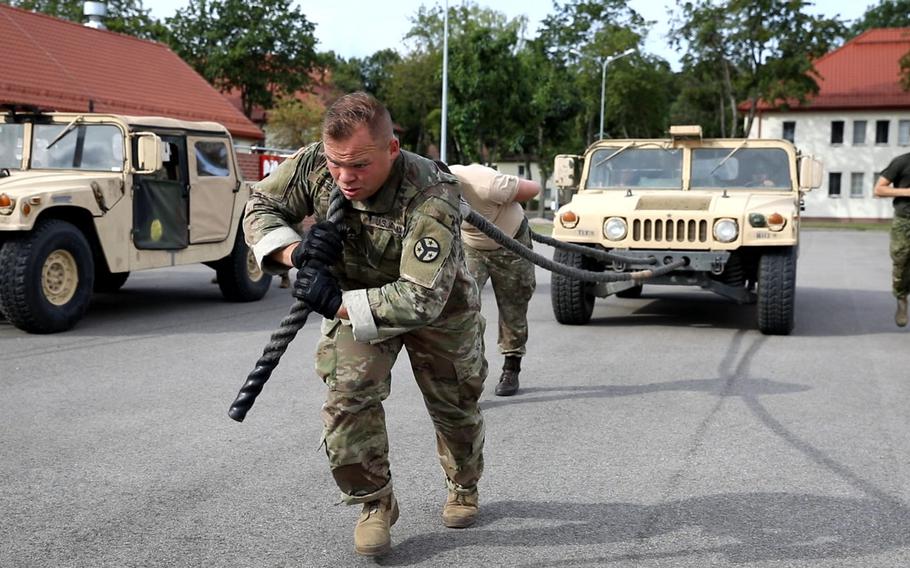 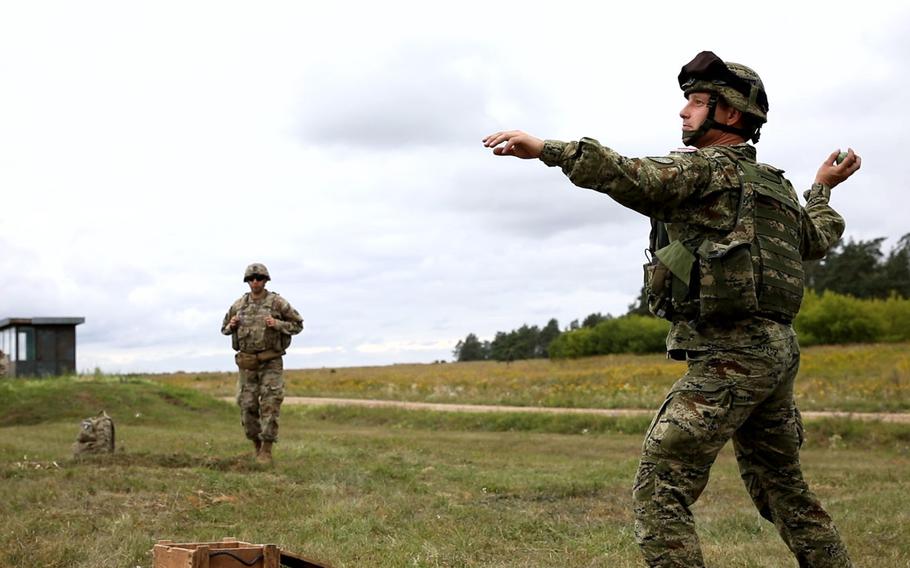 A Croatian soldier throws a grenade while U.S. soldiers judge him during the Interoperability Games in Bemowo Piskie, Poland, Saturday, August 3, 2019. (U.S. Army)

If you’ve participated in a multinational exercise this decade, it’s likely you’ve heard the term “interoperability” in a military talking point.

The Defense Department seems to love the word. If an exercise involves training with or against another country’s soldiers, the Army calls it interoperability, even among forces that couldn’t be less alike.

But just how interoperable are U.S. and NATO forces — or, in non-Army English, can a Polish soldier hop inside a U.S. Humvee and take it for a spin? Can a U.S. soldier pick up a Romanian AK-47 and hit their mark?

As it turns out, yeah. They can.

At least that’s what soldiers from several countries at NATO’s Enhanced Forward Presence Battlegroup Poland showed this weekend at the first annual Interoperability Games held at the Bemowo Piskie training area in Poland, about 65 miles south of the Russian exclave of Kaliningrad.

The Interoperability Games may be the most interoperable thing some of the soldiers taking part had ever done.

“The Interoperability Games allow the battlegroup to work closely with their allies, build unity throughout the troops and facilitate familiarization training, which ultimately increases the effectiveness of the battlegroup as a whole,” said Army spokesperson 1st Lt. Kealy A. Moriarty, using several other favorite Army terms.

The games tested six teams, made up of a member from each of five countries taking part: the U.S., U.K., Croatia, Romania and Poland.

The multinational teams had to use each other’s equipment and vehicles in tests of strength, endurance and knowledge.

Using weapons from other countries was relatively easy, compared to actually speaking to teammates, few of whom were fluent or even marginally interoperable in English, U.S. competitor 1st Lt. Tracy Carter said.

“There were times during training where a teammate or I may not have completely grasped a concept, and another teammate would begin teaching, rephrasing the information and taking extra measures to ensure we all understood,” Carter said. “I believe communication [was] the most difficult aspect of this competition, but I am really impressed by how patient and understanding everyone has been.”

When asked if interoperability meant something different in this competition than how the Army uses it normally, Carter said she thought it did.

“Instead of simply training alongside our allies, we are relying upon them,” she explained.

Learning how to use each country’s gear was a valuable lesson, but it was working with the soldiers of different nationalities on each team that was most valuable, Carter said.

“We have formed a dynamic of which we are all really proud, and as a result, our efficiency has increased drastically from our first training session together until now,” Carter said.

Or, in Armyspeak, they’ve become much more interoperable.