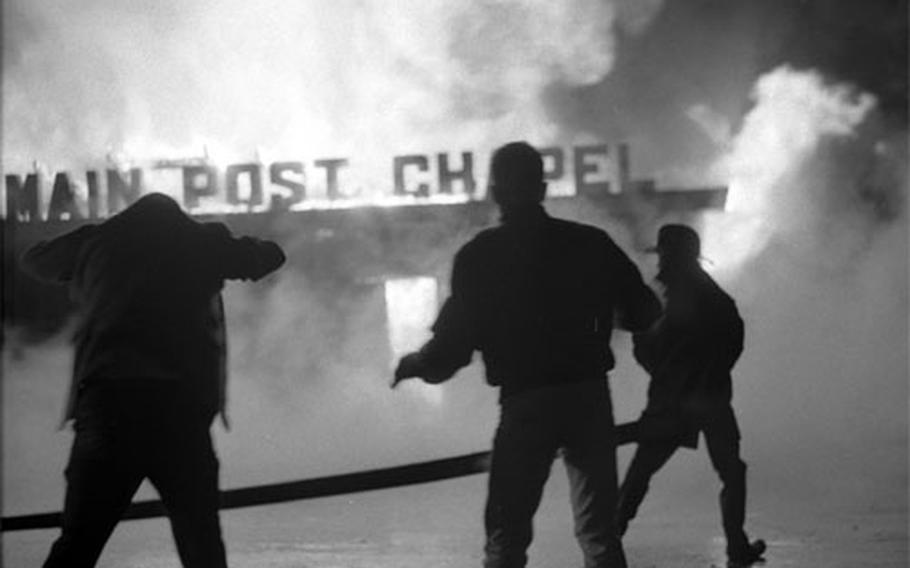 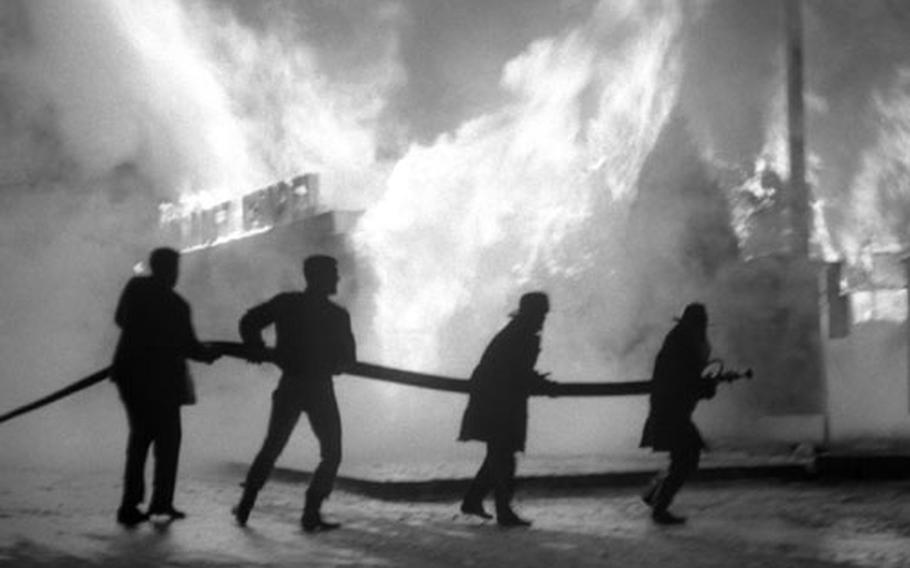 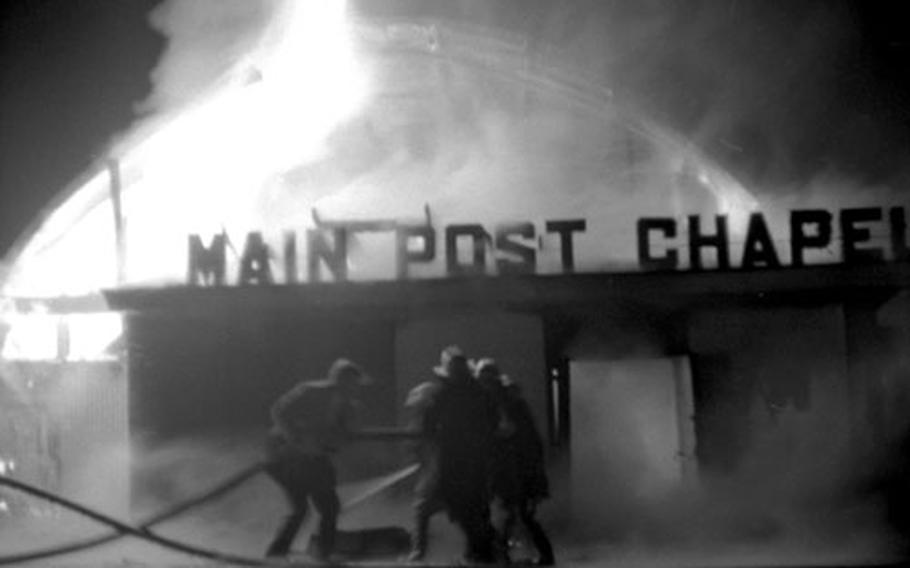 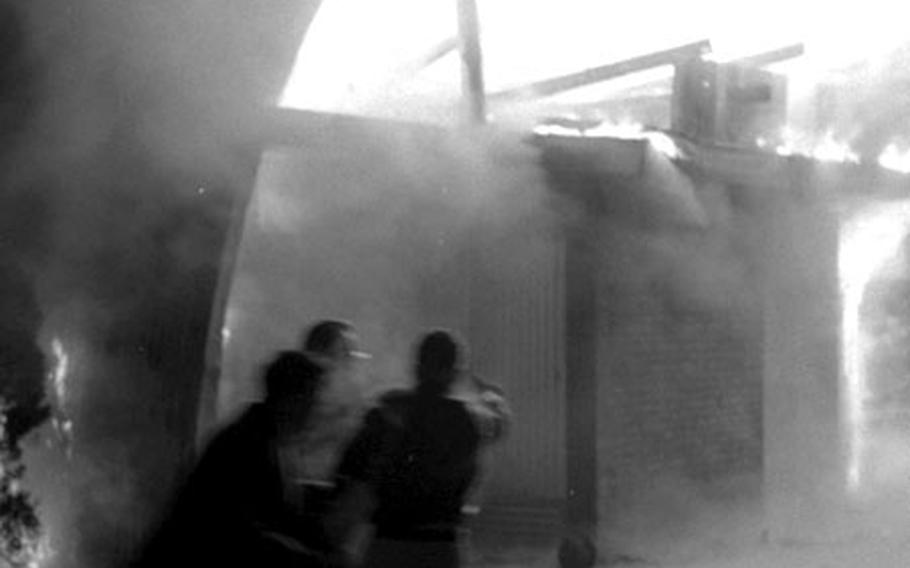 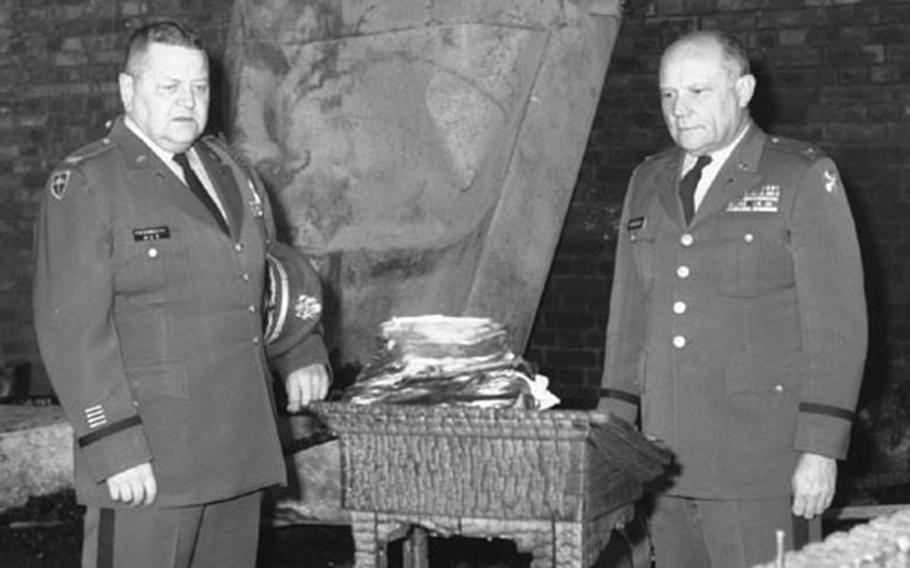 "It's almost impossible to determine the exact cause, but our investigating board of three officers ... indicated they believe it was a faulty wall-socket on the left side of the altar," an engineer said.

It was reported at 9:07 p.m. Firemen arrived three minutes later and the blaze was under control at 9:30 after 40,000 gallons of water was poured on it.

Two pump trucks and three tankers from the Yongsan Fire Station, plus two pumpers and five tankers from local departments were called in to fight the blaze.

Plans have been proposed for a new chapel, but the site and details are not yet final.